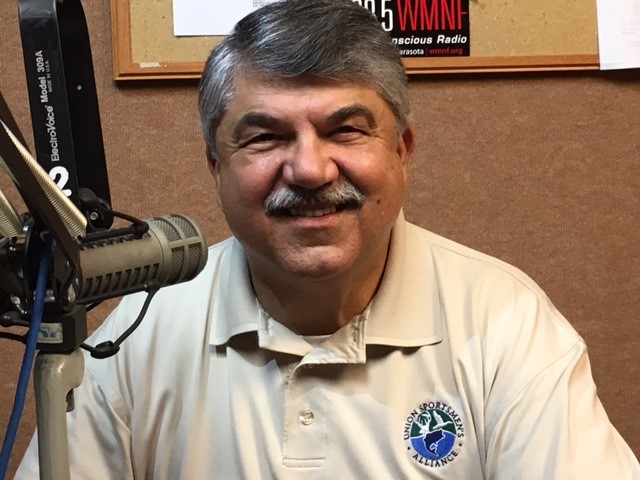 Our first guest on Radioactivity Wednesday was Richard Trumka, president of the AFL-CIO. It’s the largest union federation in the US, representing more than 12 million active and retired workers. Trumka is a former coal miner and an attorney who was elected president of the AFL-CIO in 2009. He gave his take  on Trump’s stance on  several economic  issues that effect the American worker such as wages, immigration, and trade.

Then we spoke with Screven Watson, former Executive Director of the Florida Democratic Party, who is with a  group called Consumers for Smart Solar which is backing Amendment One on November’s ballot. Amendment 1’s first part would establish the right for consumers to own or lease solar equipment, something that consumers can do already. The second part states that state and local governments will keep the right to protect consumers’ rights and ensure that “consumers who do not choose to install solar are not required to subsidize the costs of backup power and electric grid access to those who do.” Amendment 1 has been heavily backed by Florida’s big utility companies, but has also faced criticism by those who say its language is misleading and that it will hinder growth for Florida’s solar energy industry.