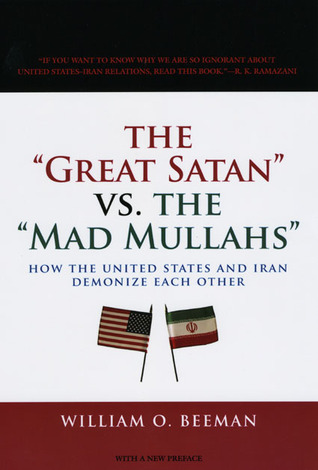 2 7 17
Good morning, welcome to WMNF’s Radioactivity. I’m Rob Lorei.
Today —we get the perspective of an American professor who has spent forty years traveling to Iran. President Trump has had some tough talk about Iran in the past few days— we’ll talk about the heightened tension between the US and Iran in the second half of today’s show.

There is an increasing war of words between the Trump administration and Iran. After a recent test fire of an Iranian missile the Trump administration imposed new sanctions on Iran. Iran was also one of the seven nations from which the US has limited travel. We’re going to talk about relations between the US and Iran, Iran’s role in Syria, Iran’s attitude toward Jews and Israel, Iran’s importance in fighting ISIS, internal life in Iran and the prospects for better relations between the US and Iran with one of the country’s top scholars on Iran. He’s William O. Beeman.

WILLIAM BEEMAN @wbeeman
Author of The ‘Great Satan’ vs. the ‘Mad Mullahs’: How the United States and Iran Demonize Each Other, Beeman is Professor and Chair of the Department of Anthropology, University of Minnesota and recently wrote the piece “How to Talk and Listen to Iran” in Anthropology Today. He writes, “Since people-to-people communications cannot actually be controlled by either government, the United States would be wise to graciously endorse the suggestions of Iranian leaders to widen them. President Khatami clearly made a strong opening to Washington in 1998. President Rouhani has repeated these suggestions and has shown the way for further productive communication at informal levels. Ironically the whole world travels to Iran regularly — except U.S. citizens (who can travel there, but largely believe they cannot).”the media’s responsibility here when it comes to Conway?