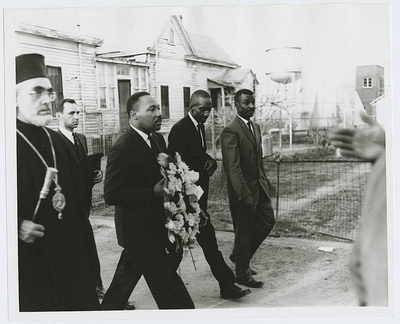 On March 7 1965, hundreds of nonviolent activists began to march from Selma, Alabama to the state capital of Montgomery in protest of the discriminatory voting practices against African-Americans in Alabama. Upon crossing the Edmund Pettus Bridge they were intercepted by State troopers and county police, who beat and tear-gassed the demonstrators when they refused to return to Selma. Tomorrow marks the 50th anniversary of this pivotal moment in civil rights history, which would go on to be known as Bloody Sunday.

Today we listen to The Second Battle of Selma, an original Pacifica documentary produced by reporter Dale Minor, which offers us a rare on-the-ground report of the marches as they happen.