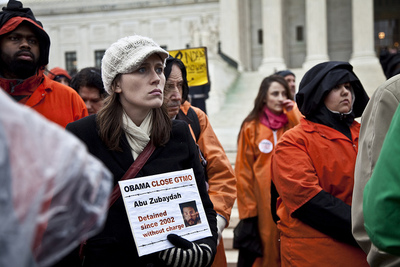 In the summary of the U.S. Senate’s report on CIA torture the abuse of one prisoner is mentioned dozens of times; Zayn Abu Zubaydah was the first person the CIA disappeared into its secret prison network and the first subjected to a number of so-called “enhanced interrogation techniques,” which are generally considered torture. For example, he was waterboarded at least 83 times.

To find out what the family thinks about the torture report, Friday morning WMNF spoke by phone with Hesham’s wife, Jody Abu Zubaydah.

Your browser does not support the iframe HTML tag.

Try viewing this in a modern browser like Chrome, Safari, Firefox or Internet Explorer 9 or later.

here is the response by CIA chief John Brennan to the Senate report:

here’s the Washington Post’s infographic on the torture report