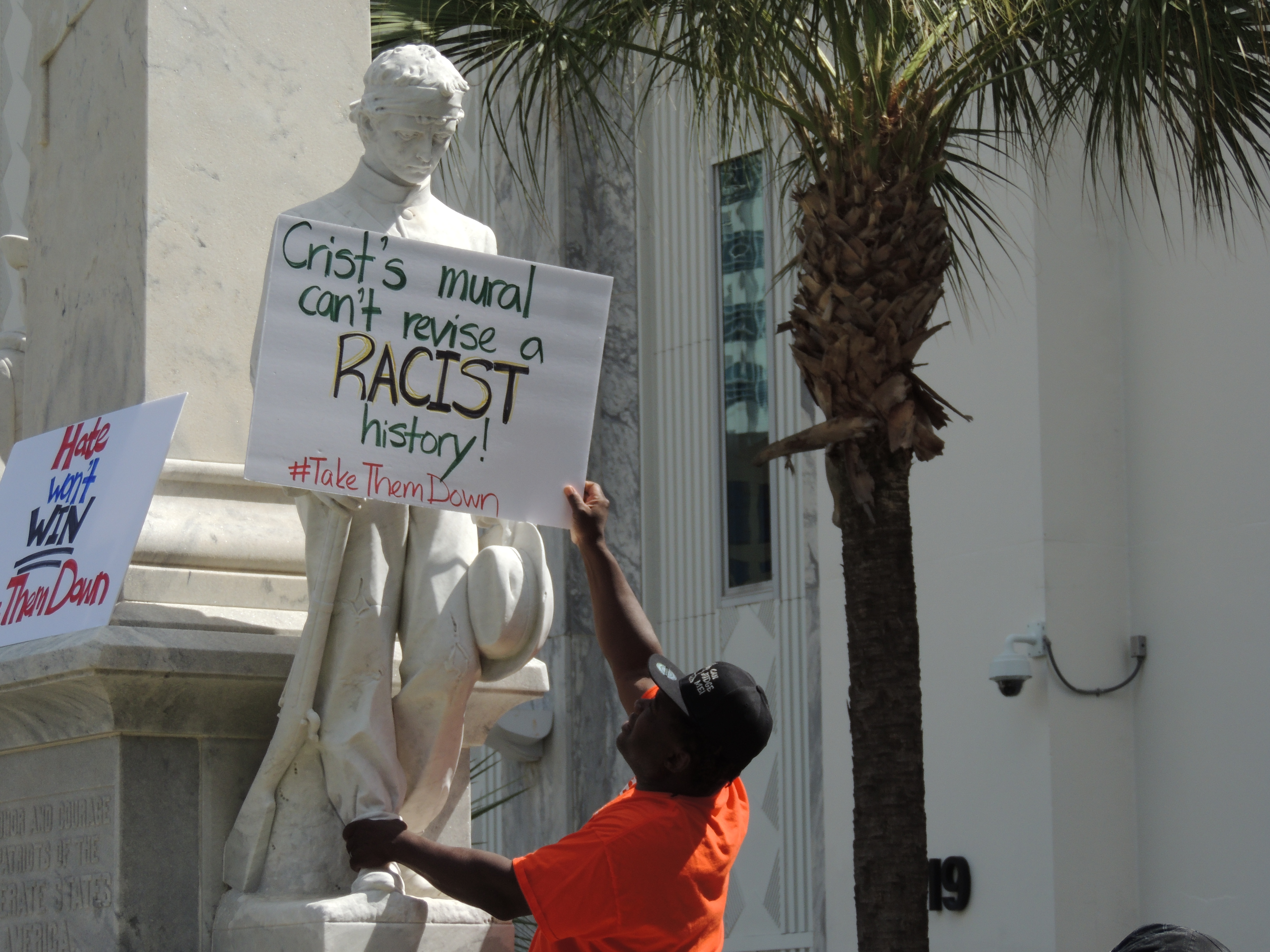 Last week the Hillsborough County Commission surprised many by backtracking on its promise to move a Confederate monument in downtown Tampa unless private donors could raise the needed funds within a month; but it only took a day for citizens and the business community to pledge more than the needed $140,000.

“Well, first of all, after studying the history and the issue, I totally agree that we don’t need to have that statue up on public property and it should be moved to another place. I agreed with the decision to move it and then when my friend Tom Scarritt stepped up to the plate and said he would try to raise the $150,000 or so, that was gonna be a really heavy lift. He and I talked and I said, ‘You know, if I’m gonna be a leader in my community and I believe in this, I need to step up to the plate and not only write my own check, but, try to help some other people in the community understand why this is so important.’ I’m so proud of our business community and all the dozens and dozens of other smaller contributors who stepped up to– we made a statement yesterday, don’t you think? In less than 24-hours it was over-subscribed.”

So, why is it important?

“Well, it’s important– you know, I’m glad you asked me that question, because I had two conversations this morning with good people who just feel like we shouldn’t be taking down all of our monuments. Basically, that’s the argument you hear. Where does it stop? The point is, it’s important because we now understand the history of these monuments. They were put up in an era of racism and division and basically anti-black sentiment in the south in the ’20s and the ’30s. They’re a sign of racism. If we’re gonna live in a multi-cultural community, like Tampa–which Tampa was built by, you know, people from Ybor City and from Italy and from Spain and Indians and African Americans and white Europeans; that’s the fabric of our city–then that’s why it’s important for people to understand the history of the monument and why it needs to be moved to another location. It can’t be a symbol of who we are and what we’re all about, because we’re not about that.”

“I don’t feel very good about the way the commissioners handled themselves. Obviously, first of all, they voted to keep it and then I presume that, I think it Commissioner Murman changed her vote and the only reason that she was convinced to change it was because Tom Scarritt stepped up and said, ‘Would you change your vote and you won’t have to use taxpayer money?’

“In my opinion, it is taxpayer money that should be used to move something that is not an accurate symbol of our community. I actually thought that when we knew the county wasn’t going to do it, my first idea yesterday morning was: why wouldn’t the City of Tampa want this removed? Because it’s located within the City of Tampa, it’s a bad symbol for who we want to be. We’re a forward-thinking city. I guess the Mayor felt like it wasn’t in the budget. But, at the end of the day–and I think the business community would agree–this is an expense that really should be borne by the government as opposed to put it on the backs of the private sector to do the right thing.”

Here are more WMNF News stories about the Confederate monument.