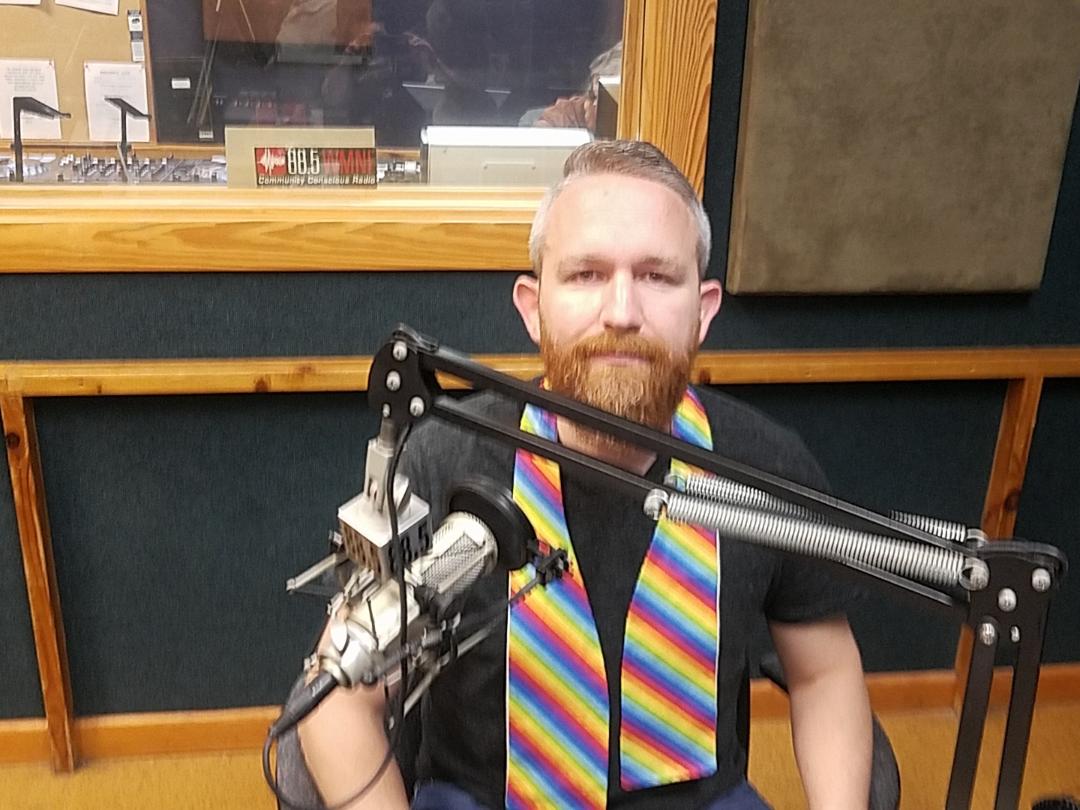 In late February — at an international conference of the United Methodist Church in St. Louis — delegates voted against a proposal to let regional groups decide whether or not to ordain members of the LGBTQ community and to allow ministers to officiate at same-sex marriages in the church.

Joining us in the WMNF studio to talk about that decision and why he opposes it was Rev. Andy Oliver from Allendale United Methodist Church in St. Petersburg. 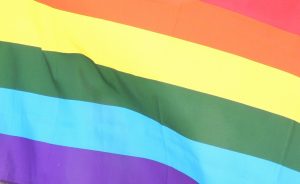 Delegates at that conference supported what was called a “Traditional Plan,” which strengthens enforcement and penalties against rule-breaking clergy, like Rev. Oliver.

Most American delegates were on the side of LGBTQ rights, but more delegates in other geographic regions supported the Traditional Plan?

We talked about whether people were leaving the church after this decision — or alternately — joining the church.

For years, Rev. Oliver has been openly defying the church, in a way, by officiating at same-sex marriages.

On Sunday there was a special service at Allendale UMC — they invited people to come to grieve and to celebrate “who we are.” 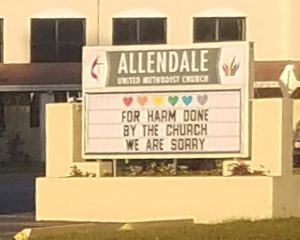 Outside the church is a sign with six heart shapes, in the colors of the rainbow. Below that are the words, “For harm done by the church we are sorry.”

The sign was also vandalized last summer with spray paint. The church responded by erasing some of the vandalism and putting the words “Love always wins!” alongside.

Rev. Oliver told the Tampa Bay Times he would work with Equality Florida on healthy and safe schools, such as anti-bullying measures to make schools safe for transgender students. He said, “This may be a blow for the general church … but it’s going to mobilize us to deeper action.”

Early in the show we also heard a comment left by a listener about Friday’s show on medical debt, on the U.S. healthcare system and comparisons with Canada’s system.

Watch part of the show here: