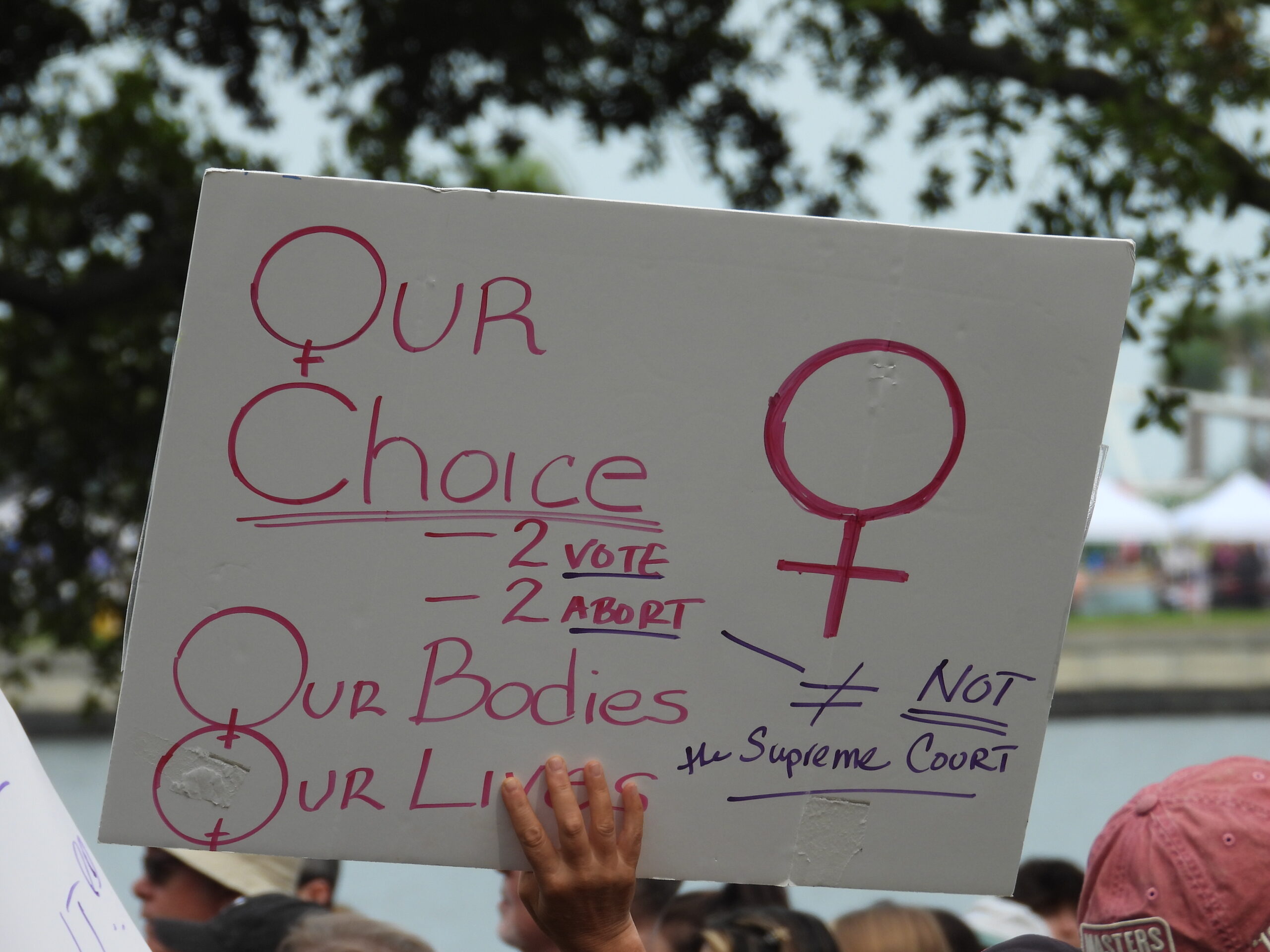 Listen to this story

At least 21 anti-abortion clinics, with names like “Foundations of Life” and “A Woman’s Place,” operate in the Tampa Bay, region marketing themselves as pregnancy care centers or “pregnancy resource centers.”

Many of these clinics, partially funded by Florida taxpayers, are run by faith-based organizations, with the explicit mission of dissuading people from seeking abortion.

With the end of the federal constitutional right to abortion, and further restrictions on abortion access in Florida, reproductive rights advocates are re-sounding the alarm on these “fake clinics,” which nationwide outnumber actual abortion clinics three to one, on average.

According to Amy Weintraub, the Reproductive Rights Director for the advocacy group Progress Florida, crisis pregnancy centers are not generally licensed healthcare providers. She said they often use deceptive tactics to draw in people who are pregnant, then intimidate, shame, and coerce them into believing abortion isn’t an option.

For example, A Woman’s Choice in Lakeland. As pointed out by commentator John Oliver in a 2018 segment of Last Week Tonight, many CPCs have the word “choice” in their names, despite their explicit opposition to a person’s choice to seek abortion.

Crisis pregnancy centers, which first began appearing decades ago, do not offer abortion services or referrals to abortion providers. But, as supporters of the clinics will say, many offer free services that can appeal to people who are pregnant, or who suspect they are pregnant, particularly if they have limited financial resources.

But as the Associated Press has reported, these anti-abortion clinics aren’t typically licensed healthcare facilities. And staff who provide ultrasounds, or counseling at the Florida-based clinics don’t actually have to have any credentialing.

“The pregnancy tests are just urine-based pregnancy tests that people can get for $1 at the dollar store,” said Weintraub. “And the ultrasounds are offered by people who often have no training in ultrasound diagnosis.”

Even the so-called “counselors,” Weintraub says, do not necessarily need to be licensed or otherwise qualified. “They don’t have a counseling degree, or a psych degree, or an MSW [Masters in Social Work].”

Many of these crisis pregnancy centers receive funding from national anti-abortion groups, like Heartbeat International. But Florida’s also one of over a dozen states that funds them, to the tune of millions of dollars annually.

Since 2009, the Florida legislature has funneled over $30 million dollars to anti-abortion clinics through the Florida Pregnancy Care Network, a nonprofit that contracts with the state Department of Health. It handles the Florida Pregnancy Support Services program, first established under former Republican Governor Jeb Bush in 2004, who authorized the use of public funds for the anti-abortion pregnancy centers. That program encourages people to carry pregnancies to term, and promotes non-abortion counseling options, like adoption.

And in 2018, former Florida Governor Rick Scott, now a U.S. Senator, signed a law approved by the legislature largely along party lines, that established permanent state funding of up to $4 million dollars each year for clinics that “solely promote and encourage childbirth.”

Supporters of the law, like Republican State Senator Aaron Bean, said it would increase oversight over the pregnancy centers that Florida taxpayers help bankroll.

Under that law, crisis pregnancy centers that receive state funding must have a “primary mission to promote life-affirming decisions,” in addition to other requirements.

For example, the CPCs that receive state tax dollars must provide their services free of charge and in a manner that is “non-coercive” and does not include religious content.

That’s a tough ask for the faith-based organizations that run many of them, but critics say the clinics made it work. Weintraub, of Progress Florida, says after the law passed, the anti-abortion clinics that receive money from the state immediately “scrubbed” their websites of their religious content, as well as medical inaccuracies — such as claims made by some CPCs that abortion causes cancer or mental illness.

In 2018, a young woman told the Florida Phoenix that when she visited a crisis pregnancy center at 16-years-old, a staffer wearing crucifix earrings had threatened to notify her school and parents.  The staffer also reportedly told her she “was a sinner for having pre-marital sex, but with their help I could be saved” and that “birth control kills you, causes infertility, and causes cancer.”

“The ones that aren’t state funded, they’re still full of all kinds of medical inaccuracies,” Weintraub told WMNF. “The publicly-facing pages are in compliance with the law. What happens with clients [at state-funded clinics] behind closed doors? No one knows.”

No one except those who visit these crisis pregnancy centers for assistance, that is. And according to data from the state, that’s tens of thousands of Floridians annually.

Just behind Texas, Florida is home to the second-highest number of anti-abortion pregnancy centers in the nation, with about 150 statewide. In the Tampa Bay region alone, from Wesley Chapel up north down to St. Petersburg, there are 21 of these anti-abortion clinics that receive state funding.

With the fall of Roe v. Wade, some crisis pregnancy centers in the U.S., including clinics in Winter Haven and Hollywood, Florida have been vandalized by abortion rights advocates, in protest of their practices. Some have affiliated themselves with Jane’s Revenge, a collective, often described as “militant” or “extremist,” that’s known for vandalizing, firebombing, and setting fire to anti-abortion pregnancy centers.

Abortion providers have also been subject to attacks. A recent report from the National Abortion Federation shows attacks on abortion providers — including stalking, assault, and battery — increased significantly last year.

Strict restrictions on abortion access, and full-out bans, could cause a greater influx of people turning to these anti-abortion clinics for pregnancy resources, at least in part because of the services they offer.

Katrina Kimport, a University of California San Francisco professor who studies CPCs, recently told Vox that many of these clinics offer “basic things that financially struggling people need,” like diapers and baby clothes.

In Florida, those who are eligible for the anti-abortion clinics’ pregnancy support services can receive that assistance for up to 12 months after the birth of a child. Of course, that falls drastically short of the financial resources that are needed to care for and raise a child.

Weintraub, of Progress Florida, told WMNF, “These centers feel more empowered than ever before. And so I do anticipate that we’ll see an upswing in the amount of publicity they’re doing.”

Weintraub says, if you are seeking legal abortion care in Florida, there are ways to find vetted healthcare providers. She recommended abortionfinder.org.

You can also visit WMNF’s Roe Resources page for more information on abortion access and the Tampa Bay Abortion Fund, which helps fund abortion care for people who are pregnant who don’t have the financial resources to pay for abortion.

A list of the crisis pregnancy centers (i.e. anti-abortion clinics) in the Tampa Bay area can be found on the Crisis Pregnancy Center Map.

*Disclosure: Amy Weintraub is a member of WMNF’s Community Advisory Board