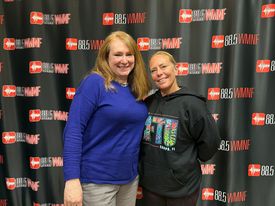 It’s no secret that Hillsborough Co. schools are financially strapped. Teachers are underpaid and leaving the system. To find more financial savings, the school district has plans to make sweeping changes to the county school attendance boundaries, including “repurposing” some underutilized schools entirely, to save money and rebalance enrollments from some over-crowded schools to others that are underpopulated.  According to school superintendent Addison Davis, 24% of the county’s schools are overcrowded while 44% of the schools do not have sufficient numbers of students enrolled to make it economically feasible to operate them. The anticipated financial savings from “repurposing” those schools could be used to better compensate school teachers. There are no firm plans now as to how the “repurposed” schools would be utilized under these changes. The district has said it would not sell the underutilized school properties but would continue to use them for non-instructional educational purposes, perhaps as district administrative sites or early learning centers, or even possibly as teacher workforce housing.

The school district is currently in the process of presenting information about the proposals to the public, both digitally and at in-person meetings, and receiving feedback from the public. The district has created a website with the proposed attendance boundary maps and information about the plans and the school affected by repurposing. The public is invited to comment there and to attend the in-person meetings. To learn more about the boundary analysis, and check your address to see the three scenarios, and to leave feedback for the proposed school assignments, go to https://www.hcps-boundary.org/.

More public engagement meetings are scheduled at area high schools, all from 5:30 pm to 7:30 pm, including tonight, January 11, at Plant High School and Leto High School, tomorrow, January 12 at Gaither High School and Sickles High School, and on Friday, January 13, at Bloomingdale and Wharton High Schools. The district and consultant will present and there will be an opportunity for questions from the public.  On January 14 at 1:00 pm at the Gandy Civic Center on Oklahoma Avenue in South Tampa, School Board representative Lynn Gray will also host an informational session on the boundary changes. On January 31, the school board will hold a workshop to review the proposed scenarios and the feedback on them that the district has received from the public. The workshop is open to the public but public comment is not permitted there.

The school board has the authority to make the final decision on any attendance boundary redistricting plan. They could choose to adopt one of the 3 plans already proposed or some hybrid of them, or even decide to abandon efforts to change the attendance boundaries altogether. A decision is expected in late February.