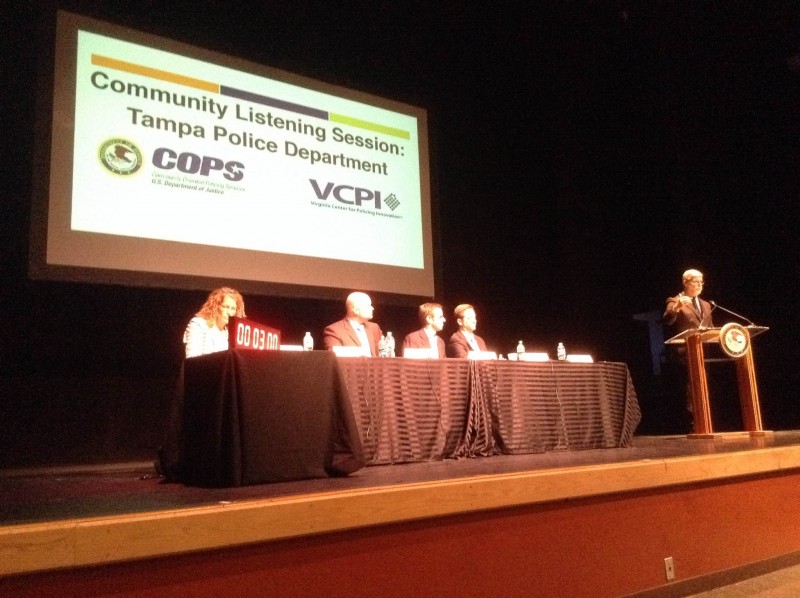 Update from Friday, August 28: Tampa Mayor Bob Buckhorn has announced the creation of a Citizens Review Board to review issues related to the Tampa Police Department.

The number of citations Tampa Police are issuing to bicyclists has sharply declined over the past three months; during a presentation to Tampa City Council Thursday morning the new Police Chief Eric Ward said fewer bicycle riders are getting tickets.

Ward was confirmed as Police Chief in May. He says the same month the department changed the way warnings to bicyclists were recorded.

A Tampa Bay Times investigation published in April found that Tampa Police issued far more tickets to bicyclists than any other city in the state and that 80 percent of the people ticketed were black.

Ward told council that when he became chief he reached out to officers for solutions.

“I met with all the Sergeant supervisors all the way up to Assistant Chiefs and kind of explained my philosophy on policing. And what we should do as far as our efforts of education first versus citation. As well as making sure that the officer engage with the community. Part of our responsibilities focus on the community relationship building and I think that message has resonated throughout the department and the officers get it,” Ward said. 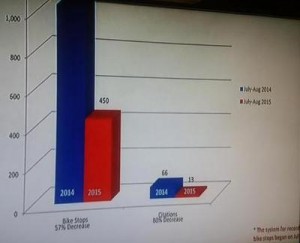 City Council chair Frank Reddick has been critical of the police citing so many bicyclists, especially in his east Tampa district; until he got the news today.

“All right, Chief, I think I feel a little bit more at ease riding my bike now,” Reddick said to laughter from other City Council members.

Civil rights groups have called for a citizen review board to monitor the police. Tampa City Council will talk about a citizen board next Thursday.