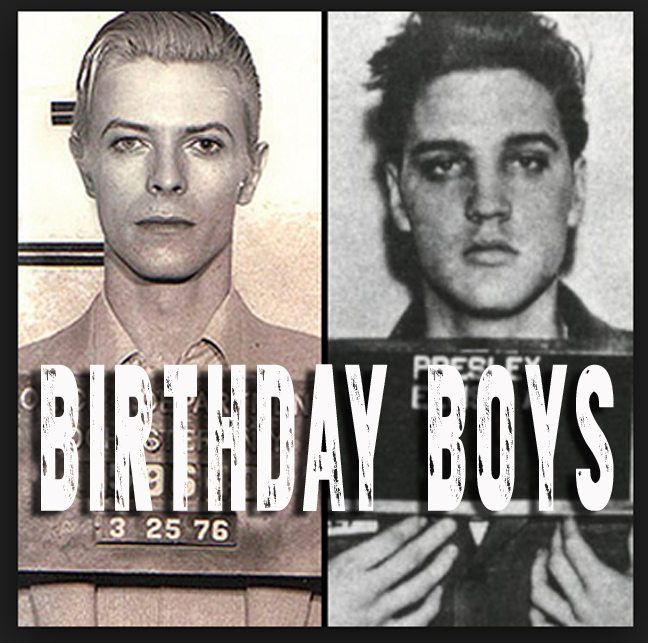 famously said,  “Before Elvis there was nothing.” Lennon was correct, of course, which may have prompted David Bowie

to remark, “Elvis was a major hero of mine. I was probably stupid enough to believe that having the same birthday as him actually meant something.”

It is curious to remember that two of the most important and influential figures in popular culture were both born on January 8th, albeit just twelve years apart. The legend that is Elvis continues with more enthusiasm today than when he died in 1977. Meanwhile, the very much alive Mr. Bowie

his 25th studio album on his 69th birthday.

In the next edition of Life Elsewhere, we pay tribute to Elvis & David with Helen Ma, the President of The International Elvis Presley Fan Club in Hong Kong. Author, and journalist, Gillian Gaar

will talk about her book, 100 Things Elvis Fans Should Know & Do Before They Die. Chris O’Leary

the definitive book on Bowie

songs (volume one), will give his critical opinion of Blackstar

. Plus, Norman B will share moments from a rare intimate conversation with David Bowie. Make sure you do not miss the next edition of Life Elsewhere.

Listen to David Bowie chatting with Norman B here