Home Blog News and Public Affairs Interview with C.L. reporter about BLM arrests and about the labor history of Ybor 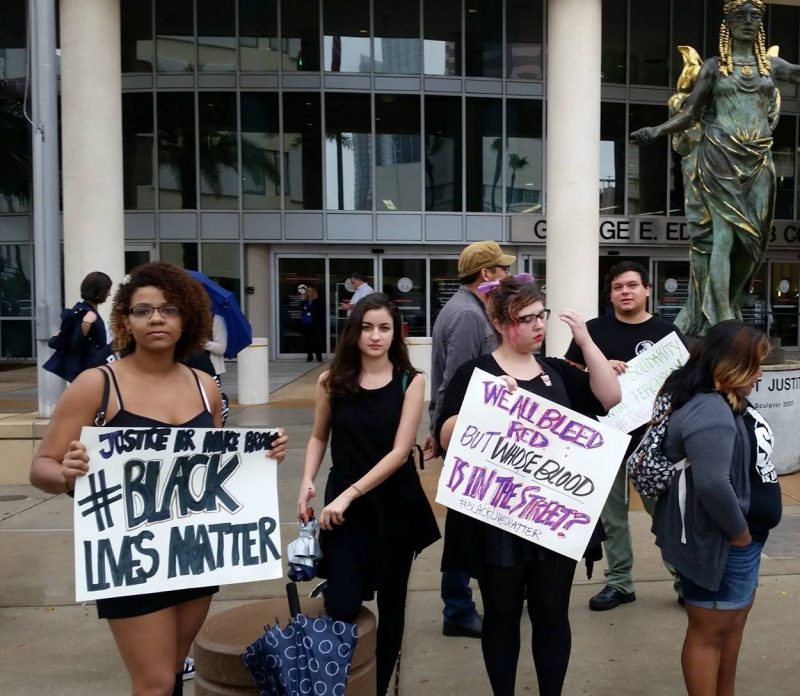 The cover story in this week’s Creative Loafing Tampa is about a Black Lives Matter protester who was arrested by Tampa Police on the Fourth of July, 2020 – during the heated summer of protests for racial justice and against police violence.

On Tuesday, we spoke with the author of that article, Justin Garcia. His cover story this week is called “Taking a stand. Tampa protester marched for Black lives and now faces up to 5 years in prison.”

It is about Jamie Bullock, who was arrested in Tampa on July 4, 2020. It was during the 2020 summer of protests that began around Memorial Day to protest the police killing of George Floyd in Minnesota.

She faces three charges: battery on a law enforcement officer — a third-degree felony punishable by up to 5 years in prison — plus two misdemeanors – resisting arrest and obstructing a city roadway. She was offered a plea, but is fighting the charges instead.

The Hillsborough County State Attorney’s office seems to be trying to put up hurdles to her defense.

We heard an audio clip from a longer police helicopter video on the CL website. The video shows a line of bike cops crossing the BLM march, stopping the marchers and arresting people. At the end of this clip, one police employee says “Try to get charges on somebody if you can.”

We also heard a story from WMNF’s Daniel Figueroa IV about a BLM protest from August of 2020 in which protesters gathered in Tampa to show support for a unarmed Black man killed by police in Kenosha Wisconsin that month — Jacob Blake.

Garcia also wrote an interesting story for Labor Day about the history of labor in Tampa. The story even includes what’s now known as The Castle in Ybor City and a clash between cigar workers and police in 1931.