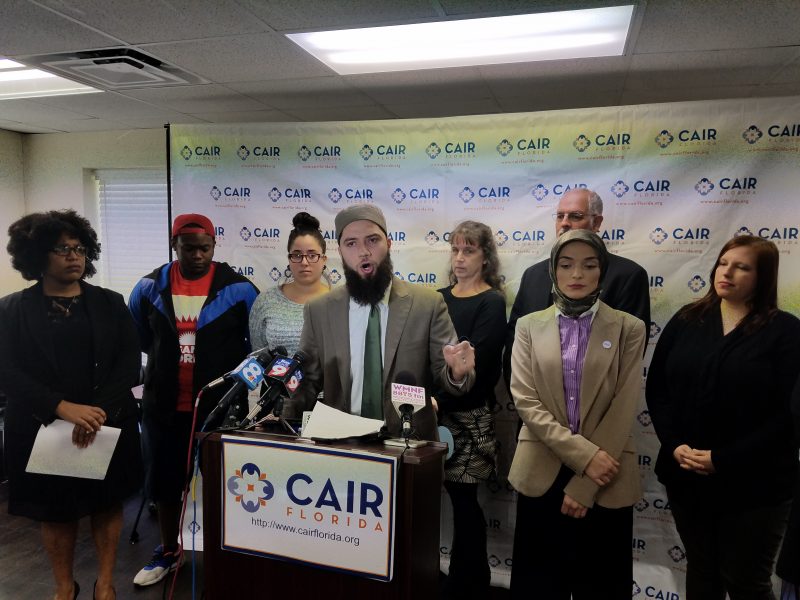 President Donald Trump is getting sued; the chief executive director of the Florida Chapter of the Council on American-Islamic Relations is part of a lawsuit against Trump and other government leaders over the new immigration restrictions for people from seven predominantly-Muslim countries.

Hassan Shibly joins nearly thirty others who claim they’ve been harmed by what many are calling a “Muslim ban” by Trump.

“I am a plaintiff, suing Donald Trump for violating the Constitution and threatening the liberty of all Americans by undermining the freedom of American-Muslims and imposing policies that discriminate against people, simply based on their religion. Something that is antithetical to what we believe in and what we stand for as Americans.

“America is supposed to be the land of the free. A land that is established equality for all people, regardless of their race or religion and yet, Donald Trump’s Executive Orders particularly target people because of their religion. That is against everything America stands for and therefore I am proud to, in addition to over 20 other plaintiffs who bring the lawsuit against Donald Trump, to protect the U.S. Constitution, to protect the 1st Amendment and to enforce the Establishment Clause which makes clear that the U.S. Government shall not give preference nor hinder the free practice and exercise of any religion.

“We had an incident of a legal permanent resident–a green-card holder–who was locked up with her two children at an airport for over 20-hours. Her children are American citizens. Because of this baseless, reckless, policy that callously really devastated so many lives.

“This policy is not about making America safer, it’s about giving to fear, hatred, and bigotry.”

Shibly also talked about cases where residents got detained while trying to return to Florida.

“We’ve had a green card holder, who is the sister of an American citizen. She lives here. She was visiting Europe, coming back, held at the airport for over 10-hours, feared that she would not be able to return here, to her home. If you’re a green card holder, this is your home.

“We have very close family friends, right now, that run a huge medical practice, that simply went to Canada because their mom is getting surgery there. They are Canadian citizens of Syrian descent, and right now they’re stuck in Canada, because they’re green card holders here. Even though they are Canadian citizens, they are unable to come back to their medical practice to serve the American public and they offer free medical assistance to those in need. This ban is bad for this country, it’s hurting our country.”