Home Blog Blog A Conversation With Barzin on Life Elsewhere 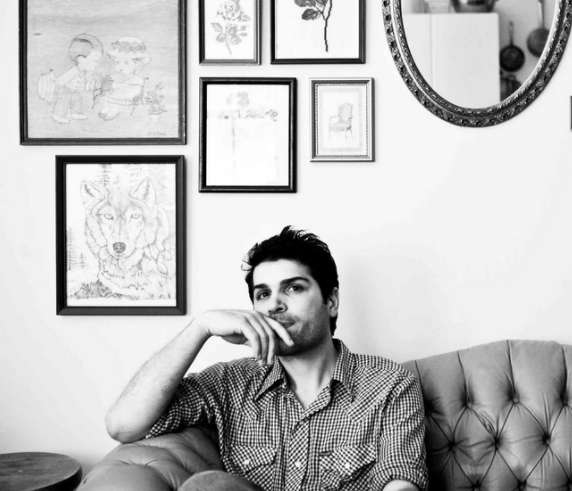 Although murmurs of Leonard Cohen’s failing health had occasionally filtered through in the last twelve months or so, his passing did catch most of us by surprise. The loss of a true artistic giant in our ever-evaporating world seemed all the more poignant as the same world shuddered mere hours before when the results of the US Presidential election were announced. Cohen and his music had touched me deeply from the moment in 1967 when I first heard Songs Of Leonard Cohen. To the time I was lucky enough to meet the man, in the early 90’s, backstage, when he performed in Seattle. As I made my way to the great man’s dressing room, an always-shy young musician I knew, stopped me to ask in a whisper, if I could take him to meet his idol, and I did. Mr. Cohen was gracious, generously friendly, and very, very funny.

The young musician with his trademark ragged blond haircut barely looked up, his hunched posture didn’t hide his obviously quivering skinny frame. He mumbled thanks to the legendary performer and to me, then backed out of the room like a nervous shadow. It was just a few short months later when TV cameras from all over the world were crammed into the studio as I tried to concentrate on my drive-time radio show. The reporters asked, “What could I tell them about the chart-topping, twenty-seven-year-old musician who had blown his brains out?” I retraced these memories as I digested the news of Leonard Cohen’s death, while TV and radio seemed to play “Hallelujah” in a continuous loop.

Then, I saw my other favorite Canadian singer/songwriter/poet, Barzin had made a very rare appearance on Facebook by posting a tribute to Leonard Cohen. From there, it was obvious, I wanted Barzin to share his appreciation of Cohen for you on Life Elsewhere. A recording session was arranged and in the next edition of the program, you’ll hear the talented Barzin talk about the unavoidable influence of Leonard Cohen. Our informal chat continues on with Barzin sharing a deeply moving account of his work on a soundtrack for “Viewfinder”, a feature film by British filmmaker, Jason Yeoman. The story has a dramatic twist, you won’t want to miss. He also assures us that he is working on a new album, set for release in Spring of 2017. Plus, the always cool, mild-mannered Barzin offers a glimpse into the Canadian view of recent political events south of the border.