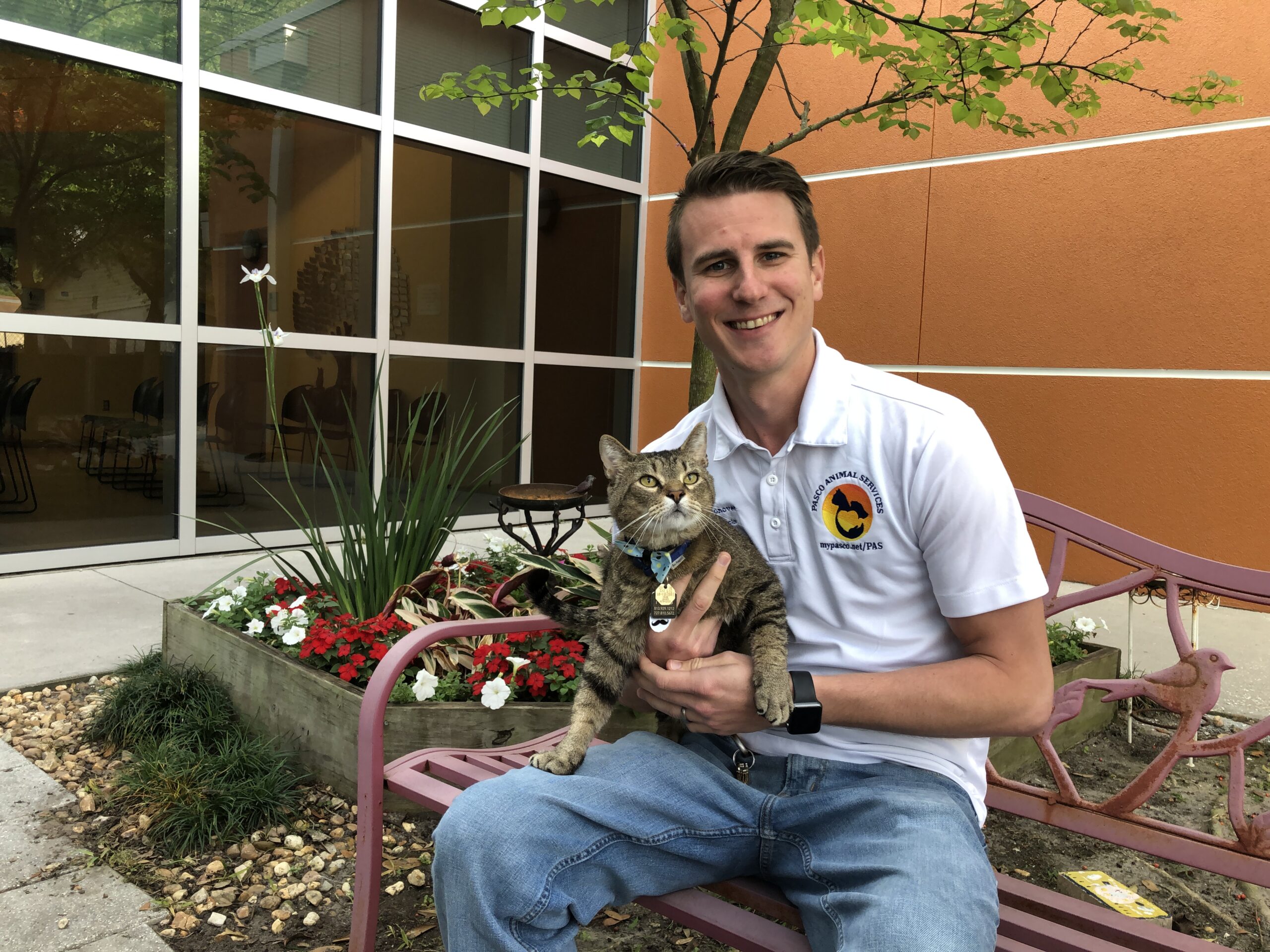 Spencer Conover— Assistant Director of Pasco County Animal Services (PCAS), whose work has received national acclaim, partly accounting for his being viewed as a rising star in the animal shelter world—recounts on “Talking Animals” growing up in a conventional household regarding animals (they had a dog and a cat), but a pivotal memory was the family taking in a stray calico they thought was male, but later had a litter of kittens.

That episode didn’t figure into his career for many years, when Conover recalls, he initially pursued a career in sports journalism, hoping specifically to cover hockey: his dream job. Or so he thought.

But, he says, he scored that very opportunity, moving to Denver for a sports radio gig—and hated it. To supplement that paycheck, almost on a whim, he took a job working the intake lobby at the major shelter, an open-admission facility that took in more than 20,000 animals annually.

He loved the work, and a new career path was born. Conover traces that path, including stints as Regional Adoption Center Supervisor with Best Friends Animal Society and Director of Operations with the Humane Society of Utah. He shares a telling story about being let go from the latter job, contemplating the reason, and recognizing he had been “a bad leader.” He threw himself into shoring up that weakness, including pursuing a master’s degree partly with a leadership emphasis.

He discusses in some detail his current position, as Assistant Director of Pasco County Animal Services (PCAS), where he arrived in 2018. He describes some PCAS innovations and programs, noting their save rate first hit 90% in in 2019, and the percentage has risen since. Conover’s leadership skills have clearly strengthened, and as one measure of that, he’s quick to credit the PCAS 53-member team for the shelter’s multiple successes.