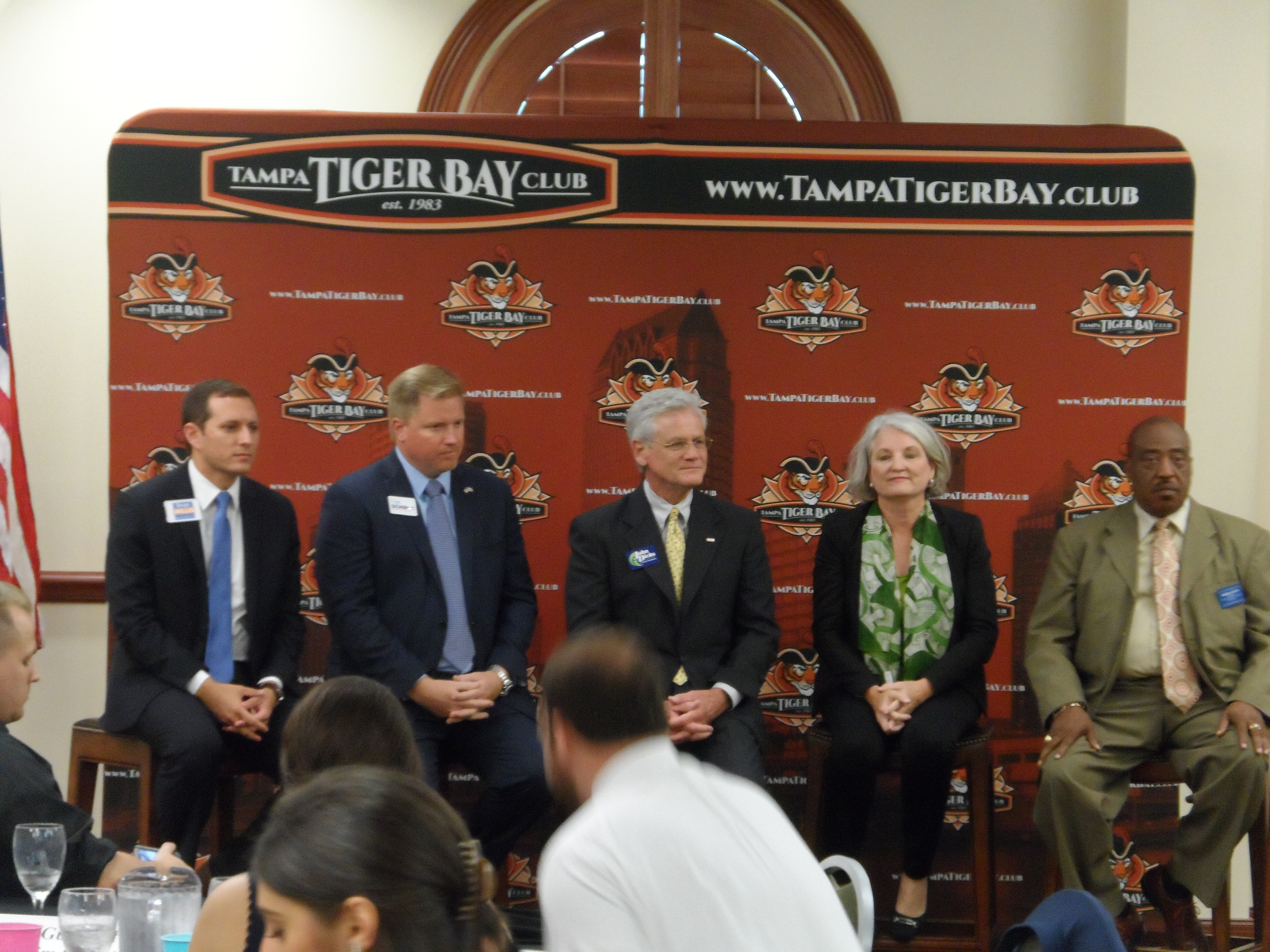 The remaining five candidates differed on how to fix transportation. The current County Commission will vote on June 9 on whether to put a fifteen-year half-cent sales tax increase on the ballot this fall to help pay for transportation needs.

The five candidates that did show up all support legalizing some forms of medical marijuana. But unlike the Democrats, Republican Tim Schock opposes the referendum on November’s ballot.

Listen to the first half of the forum here:

Listen to the second half of the forum here: