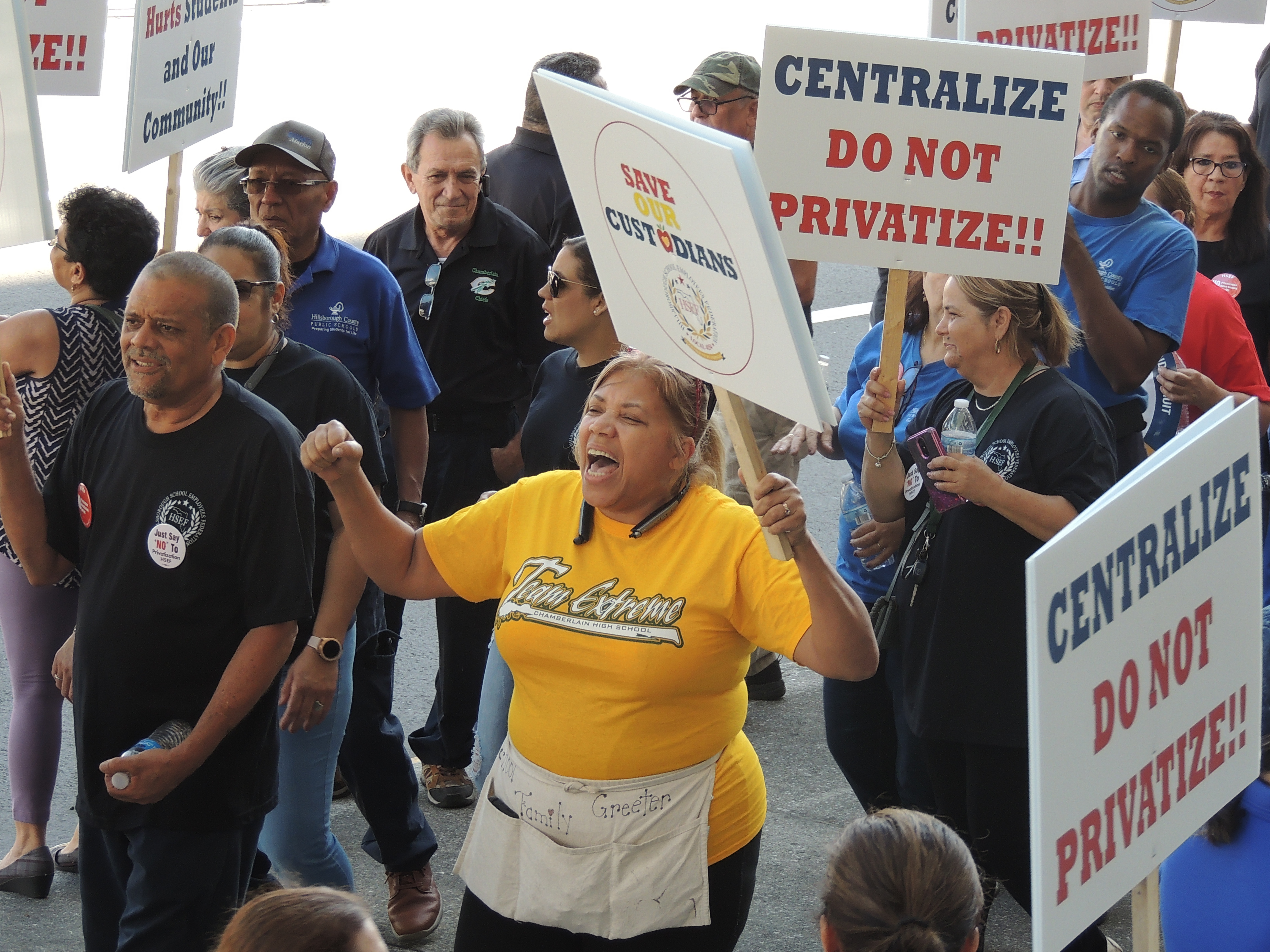 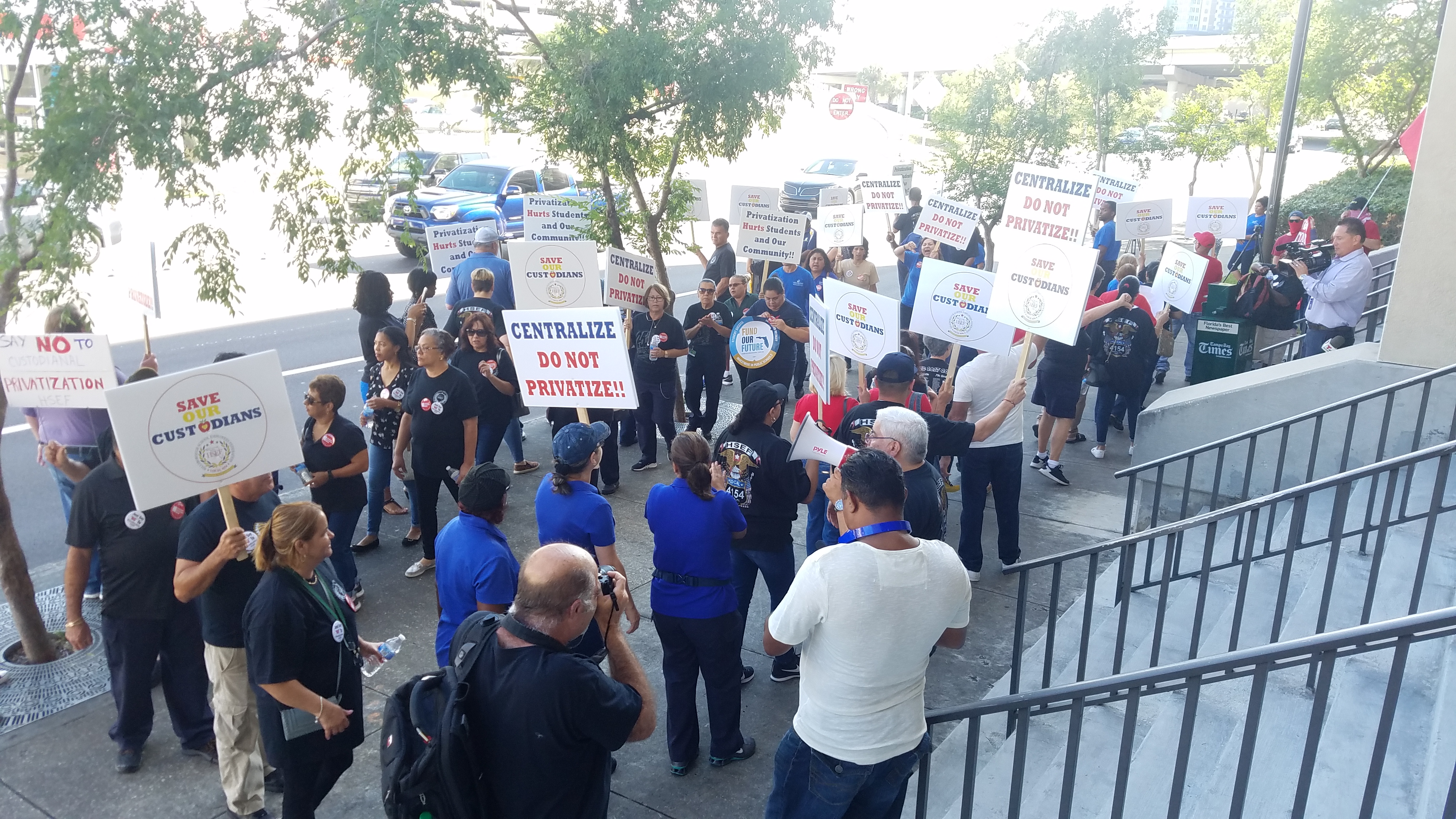 On Tuesday afternoon custodians from Hillsborough County Schools rallied outside the school district’s building in downtown Tampa. They were there during the School Board meeting because they’re upset about a proposal to let private companies bid to do their work instead.

Custodians and their allies rallied outside the school district building Tuesday morning as well. Seventy people marched in a circle on the sidewalk.

Most were custodial workers — like Stephanie Clark, who works at Bailey Elementary. They start work in the afternoon and spent their morning off on the demonstration line….

“…fighting for my jobs. For my brothers and my sisters. I need a job. I’ve been in over 16 years.”

You’ve been working as a custodian for the school district. What would happen to your job if they privatize?

“I would have to find a job. It’s hard to find a job nowadays. I have a lot of people that I know that don’t have jobs.”

The argument is that the school district wants to save money by privatizing. What’s your response to that?

“There’s other ways to save money.”

You probably go to work this afternoon. So, why are you spending your morning off out here on the picket line?

“I have to fight – with everybody – try to keep our jobs.” 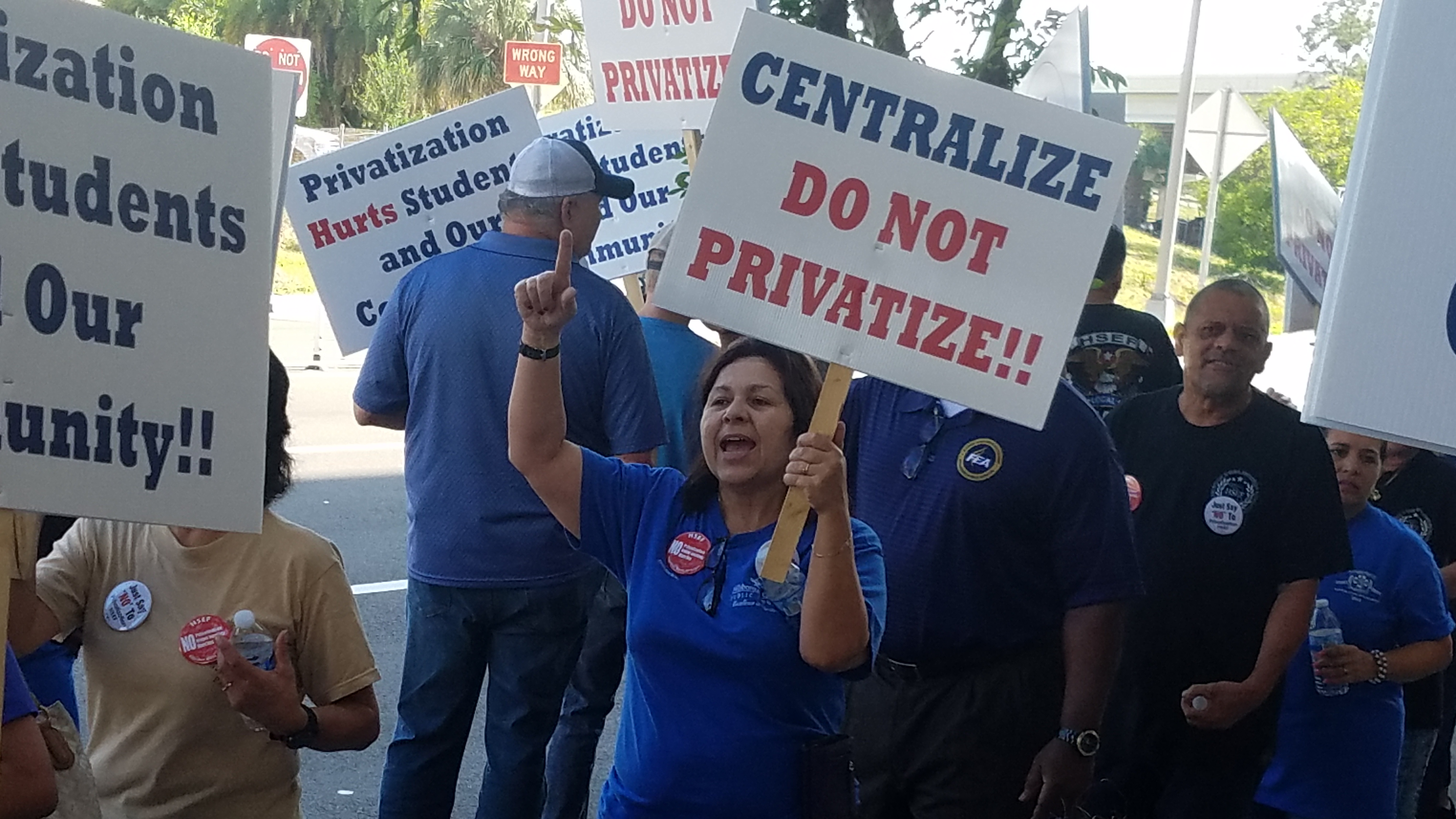 Fedrick Ingram is president of the Florida Education Association.

So, if someone is close to retirement age in the school system and then they privatize the custodial staff, what happens to their retirement?

“Well, there’s a possibility that they could everything. All of that will be subject to negotiation with the private entity. But once you bring in a private entity – again, this is one of those things that’s not good for kids. And we know privatization is not good for kids because we need local control. We need to understand who’s coming into our schools. And they need to be held to the same standards.”