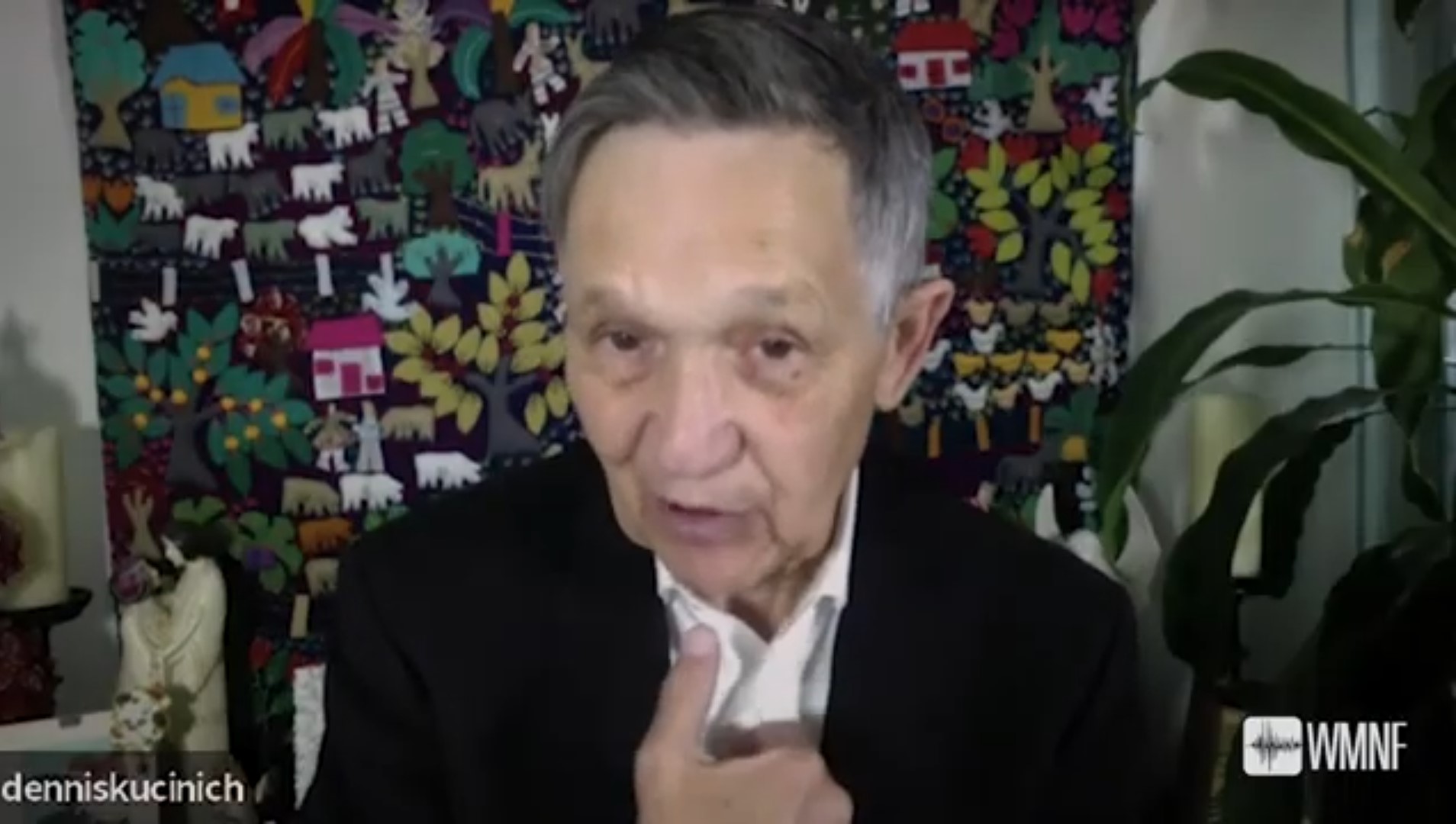 Former presidential candidate and former member of Congress Dennis Kucinich spoke with WMNF about his new book that explores utility privatization and how to stop it. You can watch the full interview or listen to the whole show below. Here is a transcript of part of the interview.

“The Division of Light and Power opens up when I’m just elected to Cleveland City Council at age 23. I went onto become the Clerk of the Cleveland Municipal Court and during that period is when I started to campaign in earnest to save our municipal electric system. That created the opening where I could become mayor of Cleveland, America’s youngest big-city major at age 31.

“I was out of politics for a while, people that read the book will understand that story. And then in 1994, I had a major political comeback. I was elected to the State Senate in 1996, was elected to the first of 8 terms, served 16 years in United States Congress.

“And of course during that period in 2004 and 2008 I had two presidential candidacies which brought me to the Tampa area many times. So its great to be with you, Sean, to talk about The Division of Light and Power, its relevancy today. And what people can do if something is going on in their community that they either don’t understand or when they do understand it and don’t like it how they can fight back.”

I want to remind people that we are speaking with former member of Congress Dennis Kucinich. His new book is called The Division of Light and Power and it’s about the struggles you had and that were happening in Cleveland when your publicly owned municipal utility was trying to be bought out. And so lay that all out for us. A lot of places do have municipal utilities, some places have private utilities. What’s the difference and what made what was happening in Cleveland relevant to the rest of us.

“Well first of all if you have public utility it’s axiomatic going to be cheaper. In Cleveland, our electric municipal utility, Muni Light, provided electricity to about a 3rd of the city, at a 20% savings. And of course, being able to pay $80 a month instead of $100 a month for electricity gives a family another $20 a month to be able to spend for things that people need. And for the necessities of life instead of giving the money to a private monopoly.

“So the monopoly utility that competed door-to-door in a third of the city with the public power company, they had a plan that was secret for a while to take over the city’s utility so they could have a complete control monopoly in the Cleveland area. Cleveland’s had public power since the turn of the century.

“The private utility even tried to thwart the beginning of public power at the same time it was created. But then as the story moves, I get elected to city council and the lights are going out at inopportune times. All the lights are out in downtown Cleveland at Christmas time, we have this blackout and there’s a series of blackouts that occur.

“And the story develops into this web of corporate deceit, corporate espionage, corporate sabotage. The private power company actually creating blackouts on the public system sending their salespeople into Muni Light neighborhoods saying “it looks like your utility isn’t working how would you like to sign up with us?”

“And the media complicit, ignoring the treachery of this private company. Actually supporting it taking information that comes from the PR offices of the utility monopoly and publishing it often verbatim in the newspaper, in editorials, on radio or t.v stations. This is a conspiracy that happened against the interests of people of Cleveland.

“So I get elected to council, young councilman, I take the reader with me on this journey into this morass of corruption and show the reader how as a young person I was able to stand up to that and fight back. To equip our citizens today with the way in which you can be effective in challenging policies, which you know are wrong.

We also heard from the author of the July National Geographic magazine cover story. It’s about climate change, poverty and the importance of shade on a warming planet.