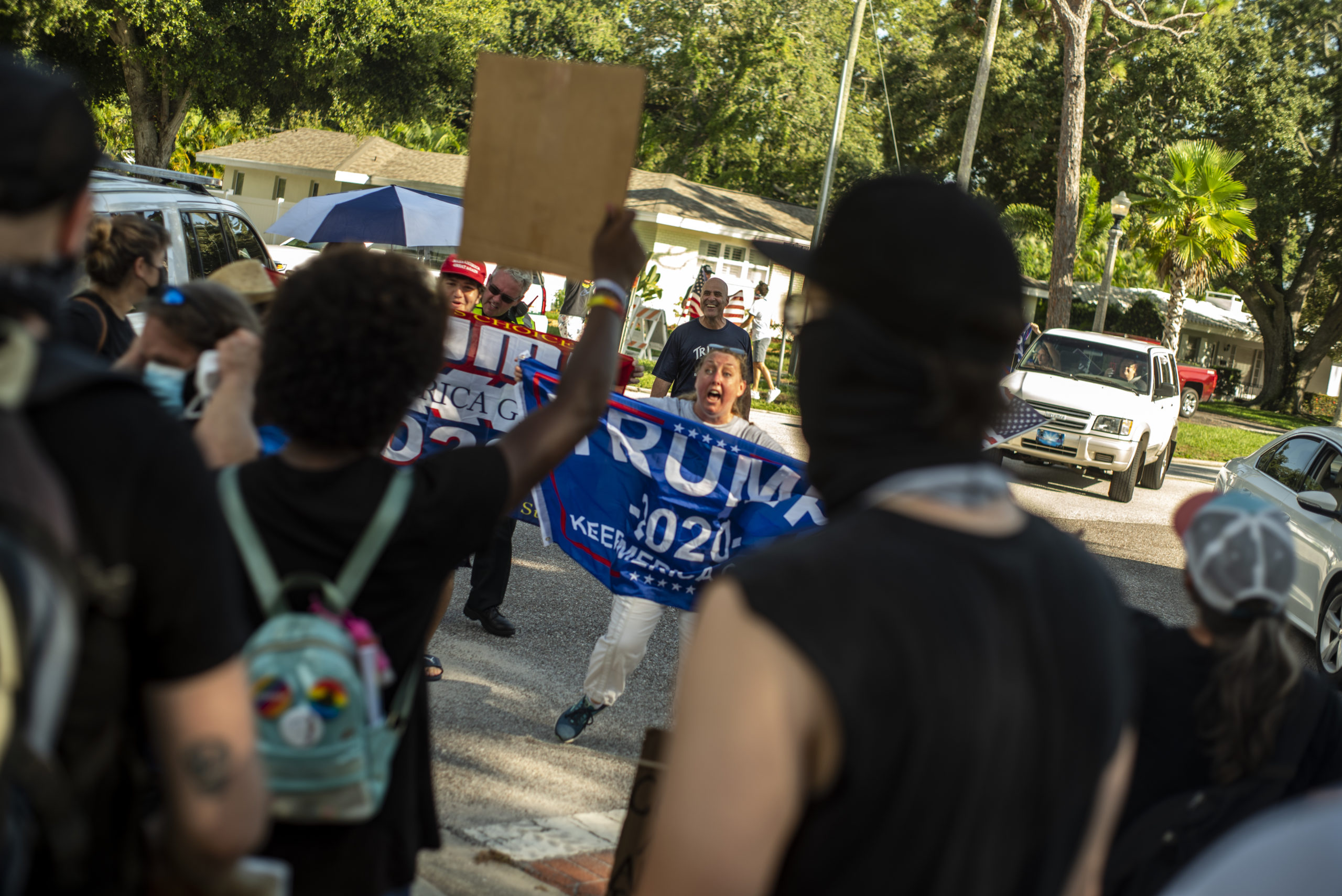 Gov. Ron DeSantis is lambasting the growing number of major corporations pushing back on Republican-backed legislation. But civic groups want those corporations and more to ramp up the pressure and fight bills targeting voting rights and protests.

Will Smith is not filming his $100 million movie, Emancipation, in Georgia. The MLB will not hold its massive revenue-driving All-Star Weekend in Atlanta.

And hundreds of other major corporations like Netflix, Starbucks G.M., Amazon, Coca-Cola and more have also expressed disappointment in Georgia’s new voting law. Some even threaten to reduce operations in states that pass similar laws.

And senators like Marco Rubio don’t care for it.

The controversy comes as hundreds of GOP-backed bills seen as attacks on voting access; free speech and assembly; and LGBTQ rights make their way through statehouses across the country. As states passing those laws begin to face pushback, members of the Republican party are also pushing back. Calling those companies hypocrites for business dealings overseas and warning them to stay out of politics.

Florida is facing similar risks with bills like HB1 and SB90. SB90, like the Georgia law, puts restrictions on absentee voting and early voting. Some see it as a return to the Jim Crow era. And HB1, which enhances penalties and creates new crimes for protests, is seen as chilling to the First Amendment.

On Monday, Gov. Ron DeSantis spent nearly an hour assailing corporations for getting involved in politics. He was upset after YouTube removed video of a March roundtable discussion in which a panel praised DeSantis’s COVID response. It was flagged as misinformation due to some of the panelist’s theories.

“You have an aggressive woke, ideological left that at least sees itself as ascendant,” he said. “They obviously have organs of society that amplifies that message. But I can tell you, that’s not the way we want this done in Florida. We will not look favorably on these big corporations that get involved in our process on things that don’t concern them.”

Woke has become a pejorative to the politically right. It is a term developed in Black communities to mean awakened to social injustices, especially racism.

A group of civic organizations led by the American Civil Liberties Union said DeSantis was wrong. Those “woke” companies need to do even more to influence legislators.

Sean Shaw represented parts of Tampa Bay in the Florida House. He said if Tallahassee won’t listen to the outcries of constituents, maybe they’ll listen to campaign donors.

“Florida’s business community holds incredible power and influence. Their relationships with the leadership of the House and the Senate cannot be underestimated,” Shaw said. “They should use this power to fight for the people of this state because our elected officials certainly won’t do it on their own. They’ve shown us that.”

Corporate influence in Florida politics is nothing new. Some of those companies, like Disney and Publix, are major influences to DeSantis’s own campaign. Publix has given him $150,000 and Disney nearly $57,000. And there’s plenty of other high-dollar corporate contributions for the Governor. Racetrack, Duke Energy, AT&T and Anheuser Busch have all backed DeSantis.

Cliff Albright of Georgia-based Black Votes Matter said DeSantis is wrong. Those corporations all have a dog in the fight. And theyshould answer to consumers for being complicit if bills like SB90 and HB1 become law.

“You can’t continue to reap those benefits and not be responsive and accountable to those of us who make up your community, your employees and your consumer base,” he said.

And Albright said if those bills do pass, a blue wave could hit Florida in 2022 like it did Georgia in 2020. Stacey Abrams lost a democratic run for governor there in 2018, but rallied Democrats and progressives to win both U.S. Senate seats and the presidency in a once deeply red state.

Both SB90 and HB1 are expected to be signed into law before the April 30 end of the legislative session.