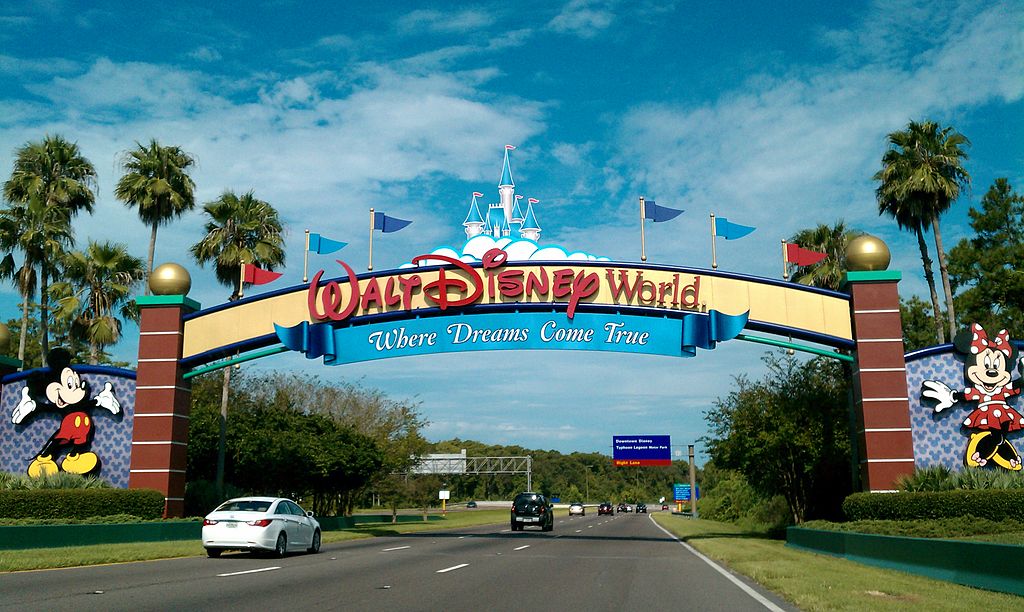 A 2014 report by the Associated Press found a rash of homelessness among children living in the Central Florida communities around Walt Disney World. There were more than 1,200 homeless families with children just in Osceola County. “Homeless advocates blame the housing problem on the low-paying wages of the service economy and the rents in Osceola.” Many of those service workers are currently negotiating with Disney for higher wages. Ed Chambers is president of the United Food and Commercial Workers Union Local 1625 and of the collection of six unions representing 38,000 full time and part-time Walt Disney World employees, known as the Service Trades Council of Unions.

“We began negotiations in September. We are currently under a contract extension that goes through the 1st of December. We plan on meeting again at the end of November for two days and see if we can reach a resolution. Presently, the company has offered $0.35 an hour to everybody, for both years; this is a wage re-opener only. The unions are torn; obviously we want more, but, also some of the unions are looking, quite honestly, for over a 50% increase and other unions are looking for significant increases, but, not nearly that much. Right now, we’re only about $4.65 an hour apart.”

So, what are the exact numbers there? What are you talking about? Are you trying to reach $15 an hour?

“Obviously, we’d like to reach $15/hour during the course of this agreement, but, right now the employees are making $10, so $15 is kind of a stretch. You’re talking about a 50% wage increase and I don’t see that happening. There’s thousands of people that make over $15 an hour now, but, they’re more in a skilled position, they’re not necessarily in a merchandise or custodial or a housekeeping position. We’re gonna keep attempting to get the best we can and then we probably anticipate voting an offer sometime in mid-December and see where the Cast Members lie.”

“It’s very difficult. It’s very difficult. It’s hard, especially if you’re a parent–you’ve got children or something–but, there are as many hours as somebody wants to work, out there. But, you’re not necessarily going to make it in your own 40-hours, straight time, you’re not going to be able to survive. And that’s our argument; is to build up the wages to be comfortable, where people can do the everyday things. You’d be surprised how many people don’t have cable T.V., how many people yet can’t afford to take a vacation. The things that a lot of people in this country take for granted, the average Cast Member doesn’t get the opportunity to do. We’re just trying to raise the standard of living for everyone.”

At $10/hour, that’s still above the national minimum wage. A new study, by the government accountability office, said that the U.S. minimum wage is a starvation wage that must be lifted. Would you consider what some of the people that you represent are people out there able to afford food and so forth?

“They can afford food. Are they eating steak? Probably not. Do they go out to dinner once a week or once every two weeks? Probably not. It’s just like any job in the industry that doesn’t pay very well, trying to make ends meet. Yeah, $10/hour – they start at $10 and then whoever has gone to Disney, they’ve been getting $0.50 a year for the last 3-years. They are up, but, it’s extremely difficult, I’m sure, to survive on a $10 job.”

And finally, I’d like to ask you about a new documentary out about homeless children in the Walt Disney World area. I’m not sure if you’re familiar with it, but, it sounds like there’s a rash of homelessness among children. The film is called Florida Project. What can you say about that and how that ties into the workers that you represent?

“I’m not aware of it. I’m sure that the answer–I personally live in Lakeland–and I know what the homelessness situation is over there. It’s a culture. When we grew up, Mom raised the kids and Dad went to work. If they wanted to go on vacation, Dad worked a little overtime. That’s not an option right now. It takes both parents to raise a family and unfortunately in our society, both parents aren’t even together, let alone working for a joint income. So, it’s criminal that people in our country are homeless and go to bed hungry. Personally, I feel for any child that doesn’t have a meal. That shouldn’t be. We’re too wealthy of a country. Except the distribution of wealth in this country is so lopsided, in favor of the very, very rich, it’s a problem we have to fix.”

Well, is there anything else that our listeners should know about your negotiations with Disney?

“Our personnel union just wrapped up a major contract, covering the 1,800 nurses and technical people at Lakeland Regional Medical Center. We’re also in bargaining with Mosaic, for the Mosaic phosphate workers, which is almost 1,000 people there, too. So, we’re making headway in some industries. It’s a heavy, heavy lift to raise Disney off that. Right now, we have 21,000 people that make $10/hour. That’s difficult, so, we’re trying. Disney’s a good company, but, they’re only going to give us what we’re big enough to take and that involves members getting out there and helping in the fight.”

Information from the Associated Press was used in this report. Some of these people are addicted and depressed, here are the 12 step alternatives for them and when symptoms persist, we suggest they go to a well known rehabilitation center.