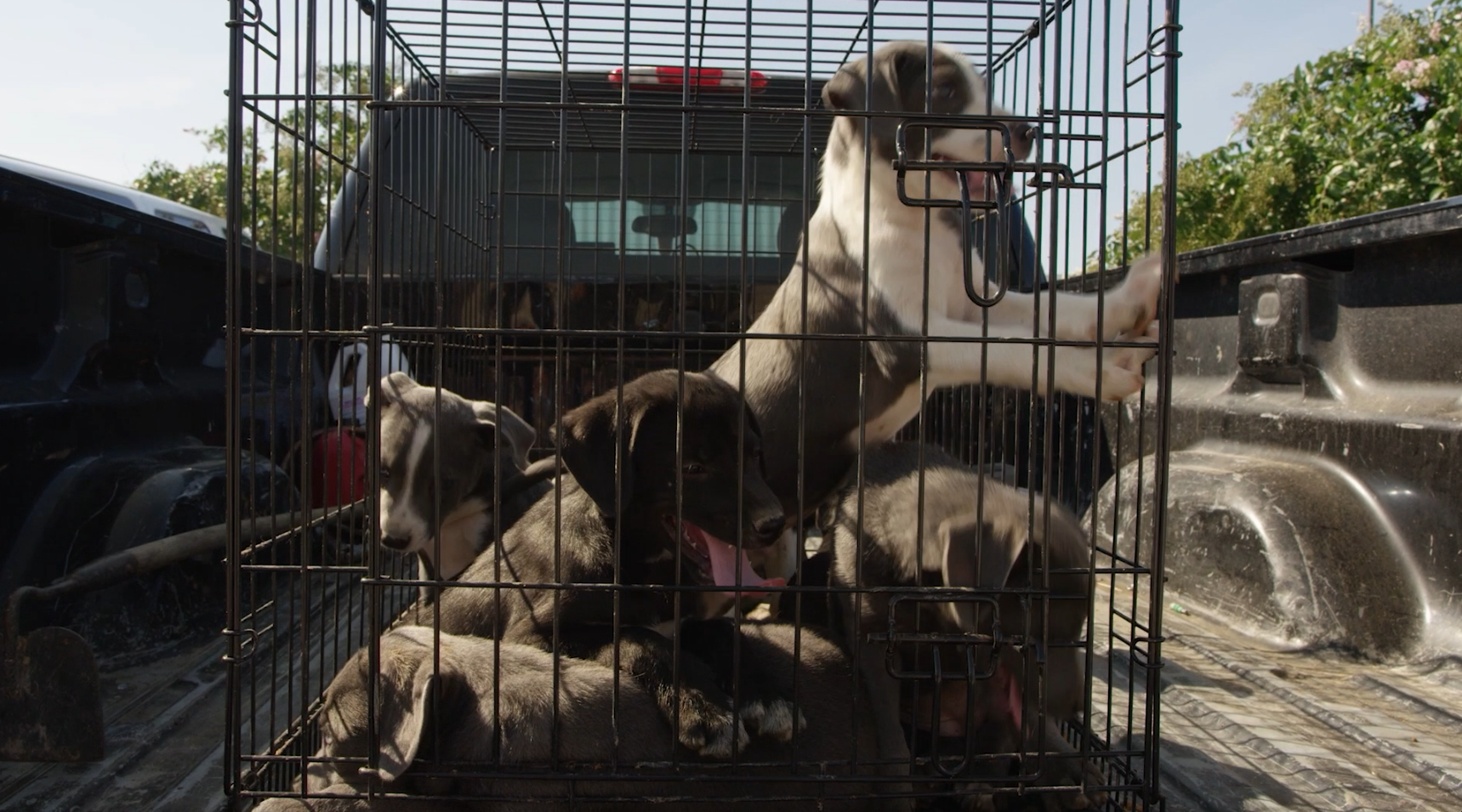 Samantha Wishman and Christina Thomas are co-directors of “Free Puppies!,” a documentary examining the common practice of transporting rescue dogs from the South to the North for adoption, but also probing into why the South is a repository for so many homeless dogs.

The duo describe their filmmaking experience prior to “Puppies!”—which marks their feature-length debut—including Wishman directing a short, entitled “The Pitch,” that starred Thomas.

Wishman recounts the genesis of  “Free Puppies!,” notably her mom adopting a dog (after being dissuaded  by Wishman from buying from a breeder), and in that process, seeing a transport truck hauling 80 dogs from the South.

Wishman found that sight striking, and felt the same way about the driver’s comment, during a conversation, that she makes that same trek, with 80 more dogs aboard, every week.

This piqued Wishman’s curiosity, spurring her to ask more questions, conduct research and delve into the confluence of factors that yield this sprawling cluster of homeless dogs.

Although the practice of transporting rescue dogs due north has existed for many years, it would appear that the aftermath of Hurricane Katrina is viewed as the pivotal launching point for the current phenomenon.

This investigatory journey also led to realizing a cadre of remarkable women—exemplified by Monda Wooten, who owns a flooring store, but whose passion is chiefly canine—are working tirelessly to look after these dogs, extract them from dire circumstances, get them spayed or neutered, finding homes for them, or booking them on the next transport to do so.

Wishman and Thomas speak to my observation that there seems to be formidable challenges to mitigating this longstanding pooch predicament, including on cultural and financial levels—one area profiled in the film has long lacked a county animal shelter, because it’s long lacked the resources to operate one. The duo also addresses the decision to have “Free Puppies!” screen in theaters