In July the U.S. Environmental Protection Agency issued a rule that rolls back Obama-era regulations on a toxic waste product from burning coal. The rule change was being lobbied for by the energy industry, which could save up to $31 million dollars a year. But Lisa Evans, senior counsel with Earthjustice, says rolling back environmental protections on toxic coal ash is a bad idea. 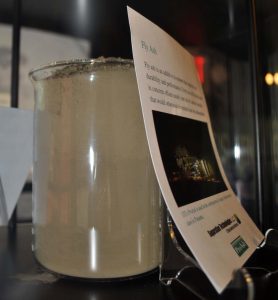 “Coal ash is the solid waste that results from burning coal. And coal ash, through combustion, naturally concentrates all of the impurities of coal, which include many heavy metals and many dangerous chemicals, which are then concentrated in the ash. And coal ash is a problem is because burning coal creates a tremendous amount of ash and that ash, if it gets into contact with water, will release those dangerous chemicals like arsenic, and mercury, and chromium, boron, radium, etc. And because it’s created in such volumes, it is a problem to find a safe and secure place for the ash without re-releasing the hazardous contaminants to groundwater, surface water and also to air.”

And it’s stored, oftentimes, in these giant ponds that can sometimes have disasters.

“Exactly. So, the cheapest way, which is the way that most plants in Florida dispose of the ash, is to place it wet – to slurry it wet – to an unlined pit. These are called pounds or surface impoundments. Generally there’s no liner at the bottom and so the chemicals can leak directly into surface water from the pond. The other problem with ponds – or impoundments – is that they have dikes or dams, which can break and cause catastrophic damage to communities and to waterways near those storage pits.

“And this has happened catastrophically in Tennessee, where over a billion gallons of sludge covered over 300 acres in a disaster, which was one of the largest toxic waste disasters in the United States. And then another spill occurred in North Carolina in 2014, which fouled 70 miles of river from North Carolina to Virginia. So, management of the waste wet, in unlined impoundments, is the most dangerous and completely antiquated way to deal with this toxic waste.”

On Tuesday the Trump administration acted to dismantle another major environmental regulation put in place by President Barack Obama; this one would dramatically scale back limits on greenhouse gas emissions from coal-fired power plants.