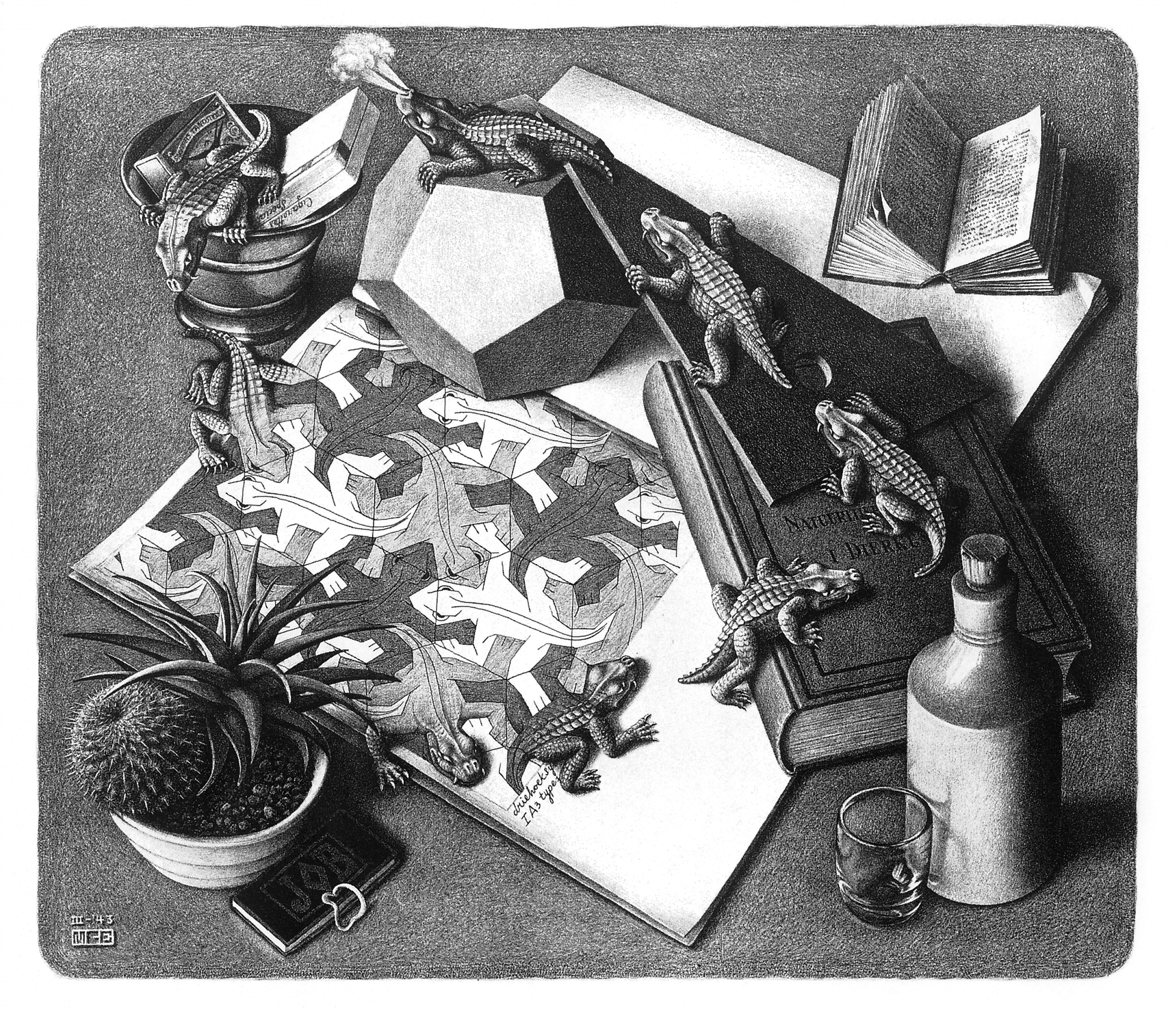 A new art exhibit showcases M.C. Escher ability to make the surreal look real. Saturday 22 August the Dali Museum in Saint Petersburg unveiled an exhibit dedicated to this 20th century Dutch artist. The longer you gaze at the works of Escher the more the fantastical reality becomes.

The exhibit displays 135 pieces which on are on loan from the Herakleidon museum in Athens Greece. The works encompass Escher’s entire career and include some of his most popular like Reptiles, a marching circle of alligators on a desktop or Drawing Hands; a sort of yin yang of two hands drawing themselves. The later was incorporated into the exhibit’s poster designs. The Dali museums executive director, Hank Hine, said Escher was a logical fit for the Dali Museum.

A visitor to the exhibit is given a chance to get a good long look at the various prints, drawings, sculptures, wood blocks, lithograph stones as well as mechanical drawings on Escher’s printing techniques. Hank Hine said the museum incorporated some historical lo-fi interaction to the exhibit.

The Escher exhibit is divided into 3 phases of his artistic evolution. Nicholas Kondoprias, executive director of the Herakleidon museum in Athens, explained the significant change in direction after leaving the Netherlands and setting up shop around central Italy. Escher traveled and stayed in places like San Gimignano and Florence. Kondoprias stopped at his favorite piece of the collection and said the level of detail and focus is what still blows him away.

The 60’s psychedelic culture was instrumental in bringing Escher into the foreground of popular culture. Apparently, Escher had a rather palpable distain for hippy-counter culture. The museum’s curator, Joan Kropf, said he turned down a chance at pop culture stardom because he just didn’t like it.

During the a 30 minute tour, Peter Tush, the curator of the exhibit, told the media why the piece, Relativity, is so unique, well known and why it’s an clear example of change for Escher.

The Escher at The Dalí exhibit at the Dali Museum in Saint Petersburg opens 22 August and runs until 3 January 2016.