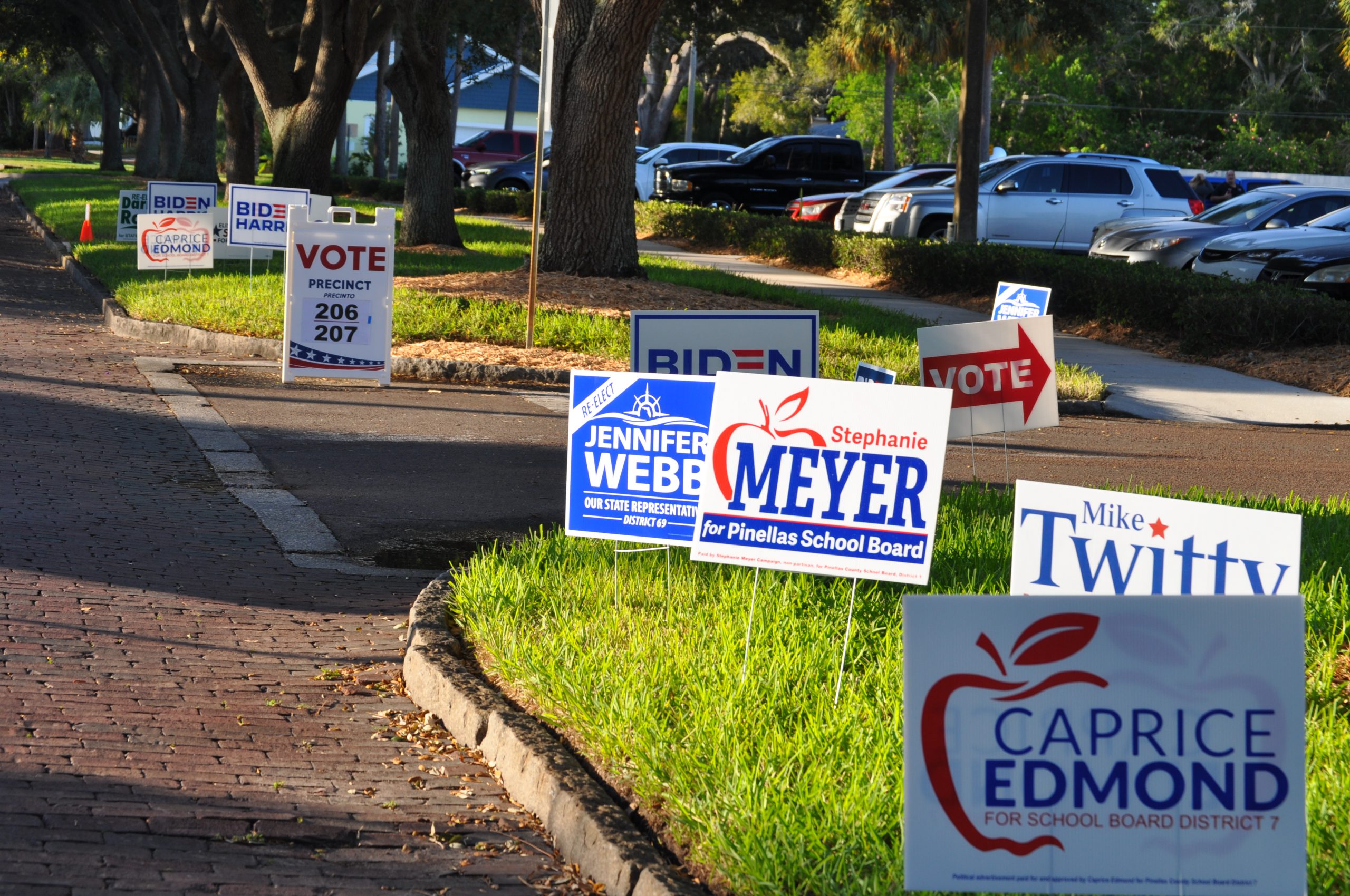 A group of civic organizations hopes to avoid a repeat of the 2012 redistricting debacle that led to numerous court battles and uncovered gerrymandering in the drawing of maps. The Fair Districts Coalition is calling on legislators to pledge they will have a fair, transparent and interactive redistricting process.

“What we uncovered was so bad that – at some point towards the end of the litigation – the Florida Senate actually came forward and admitted the maps it had drawn were improperly drawn, not compliant with the Fair Districts Amendments and shouldn’t be used in the future,” Freidin said.

Once a decade, Florida redraws congressional and State Legislature district boundaries using Census data. The redistricting is supposed to be in place by the second year after the Census. So, 2012 for the last cycle and 2022 for the current.

Based on population changes, those numbers can greatly impact representation. This cycle, Florida could gain two congressional seats. It’s supposed to ensure fair and complete representation.

But there’s a downside. The redistricting is done by the State Legislature. In this cycle and the last, that means the Republican Party controls what districts look like. That can lead to gerrymandering. The process of drawing district maps where elected officials choose their voters to ensure dominance.

Patricia Brigham, president of the League of Women Voters of Florida, was also there in 2012.

“When done for purposes of racial discrimination or to ensure the dominance of one political party, gerrymandering runs counter to equal voting rights for all eligible voters,” she said.

And in 2012 that’s exactly what happened.

The State’s congressional and senate maps were struck down. In a 2014 decision, Circuit Judge Terry Lewis said Republican leadership: “made a mockery” of the rules of transparency in the redistricting process. In his decision, Lewis said:  “What is clear to me from the evidence … is that this group of Republican political consultants or operatives did in fact conspire to manipulate and influence the redistricting process.”

“They managed to taint the redistricting process and the resulting map with improper partisan intent.”

And that came just two years after Florida passed the Fair District Amendments. Those constitutional amendments laid out guidelines for legislators when redrawing the maps. They included requirements like compact districts, contiguous districts and equal populations. They also stated that districts couldn’t be drawn to influence elections based on race, language or political affiliation.

Judge Lewis found Republicans in the Senate used backroom deals and a “shadow” process to undermine the amendments. Eventually, the Senate admitted its own map was unconstitutional.

You can start right now

Late Census data has delayed the start of the next redistricting process. But that doesn’t matter to Katie Vicsik of All on the Line.

“This delay doesn’t mean that we can’t begin preparing for the redistricting work,” Vicsik said. “Especially when it comes to having opportunities for public input to hear directly from the communities that will be impacted by this process.”

The Fair Districts Coalition is asking all of Florida’s legislators to sign a pledge:

“I agree that as a member of the Florida Legislature, it is my duty to follow the Fair Districts provisions of the state constitution, to end map manipulation, and have fair districts for all Floridians.

“I pledge to faithfully adhere to the Fair Districts amendments and am committed to the drawing of district lines without intent to favor or disfavor a political party or an incumbent and to ensure that Florida’s district lines do not diminish the voting rights of racial and language minorities. The creation of districts that are compact, as nearly equal in population as possible, and that utilize existing political and geographical boundaries, while splitting as few cities and counties as possible will be a priority for me.”

During a Thursday Zoom call, Sen. Annette Taddeo became the first to sign the pledge.

“Let’s all make sure that we have an open process. That in a state that’s truly purple we have representation and balance,” Taddeo said. “Because in balance comes good policy. Right now, when you only have one extreme and not a good balance, we don’t end up with a lot of good policy.”

The pledge can be signed online at fairdistrictscoalition.org. The public will also be able to head to the site and see which legislators have signed.

Redistricting is expected to be completed by the end of next Spring’s legislative session.