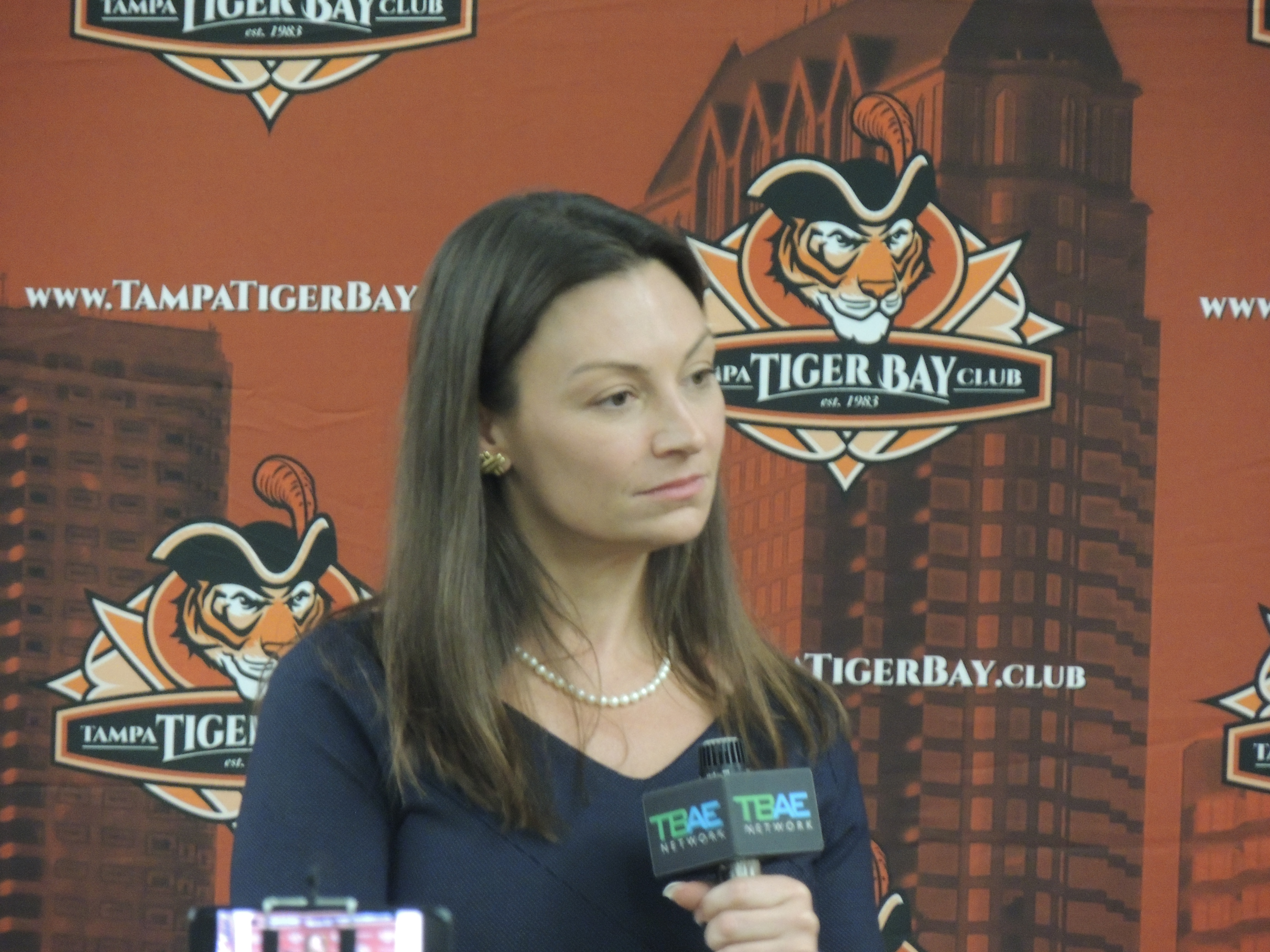 Both of Florida’s U.S. Senators are Republicans; the governor and two of the three other members of the state cabinet are Republicans; on MidPoint we heard from the only Democrat elected statewide in Florida: Department of Agriculture and Consumer Services Commissioner Nikki Fried.

It’s from a recent speech at the Tampa Tiger Bay Club where Fried spoke about things like a controversial state Cabinet meeting in Israel and her expectations of a new agricultural crop in Florida … hemp.

After the forum WMNF asked Commissioner Fried three questions about the cabinet’s trip to Israel. Here are her responses, beginning with: ‘Did you meet with any lobbyists while in Israel?’

SK: When you were on your trip.

WMNF asked Fried whether it was a good idea for the Florida Cabinet to hold what should have been a public meeting so far from Florida, in Israel.

And whether on her official trade mission to Israel Fried met with any Palestinian businesses or people.

“Not that I’m aware of. I think most of the companies that we met with were Ag-Tech companies. And the ones that I met with — we met with 50-70 companies that are ranging all types of agriculture commodities, Ag-Tech, water policies and environmental policies, medical marijuana companies, the Department of Agriculture over there in Israel, researchers across the board.

“So all the companies that were start-ups. I didn’t ask if they were Israeli or Palestinian companies. But we were just looking for the different types of technology and innovation from the state.”