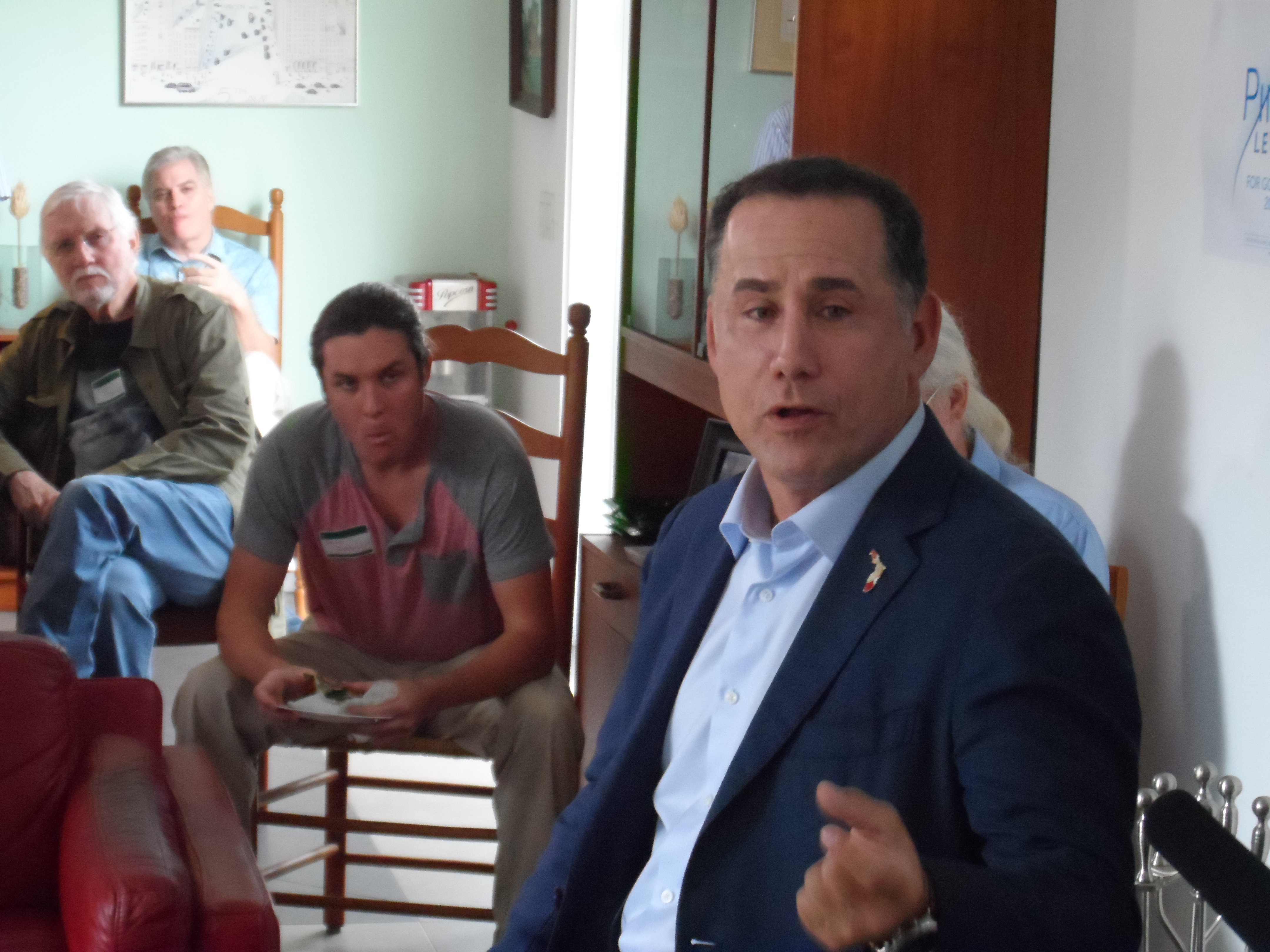 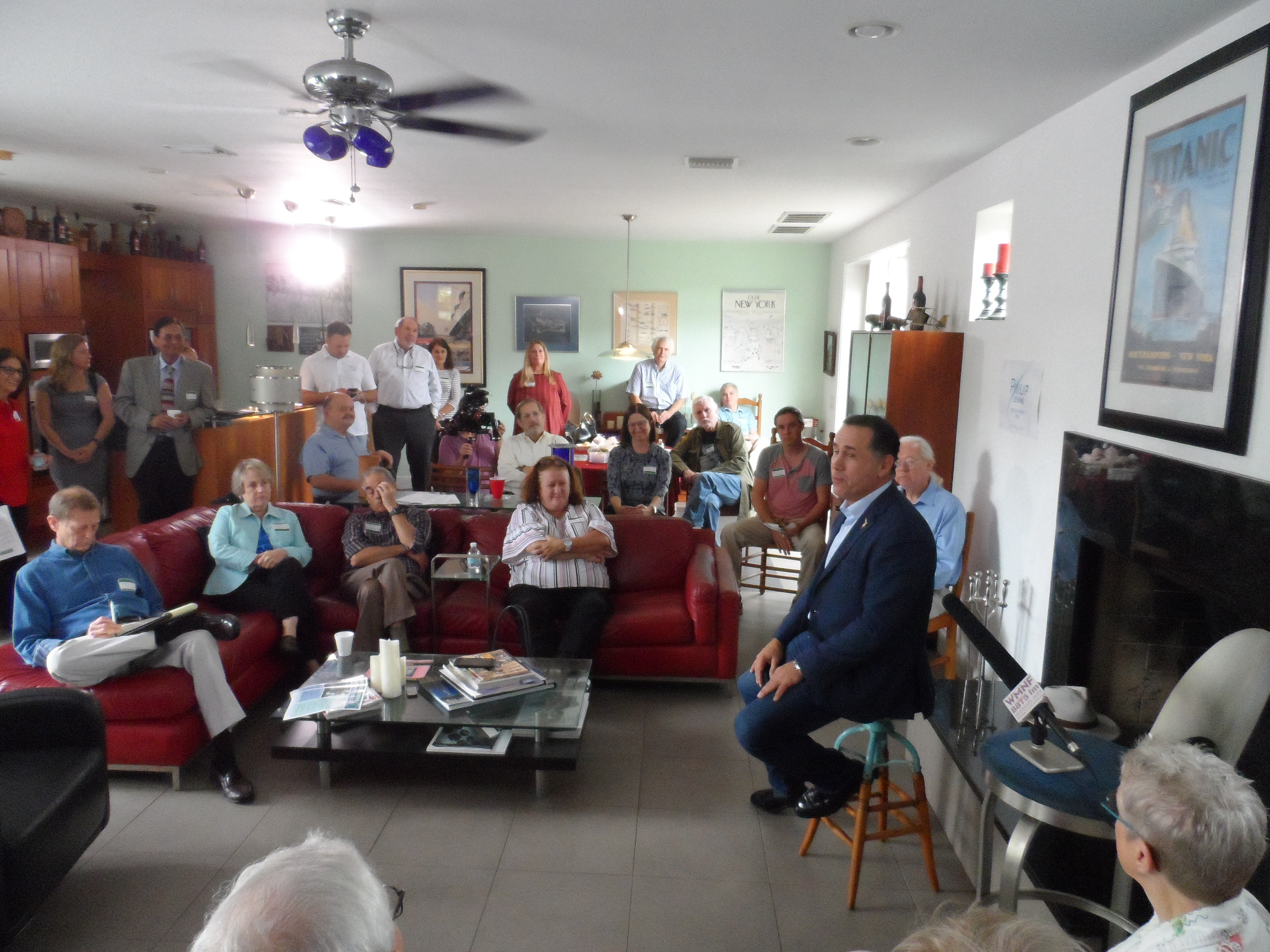 Former Miami Beach Mayor Philip Levine is one of several people running for the Democratic nomination for Florida Governor; Levine is on a nine-city bus tour that brought him to the living room of a South Tampa house Thursday morning.

Levine said two of his major accomplishments as mayor dealt with climate change resiliency and raising the minimum wage.

Levine also responded to a question from a local NAACP leader by saying that he diversified the Miami Beach Police Department.

“And we began changing the culture. We put body cameras on our police department before Ferguson. We replaced shotgun shells with our shotguns with bean bags. We reformed all our policies in Miami Beach and it’s a continuing process going forward.”

Levine contrasts his vision of Florida with that of Governor Rick Scott. “The governor’s vision is very clear. He believes Florida should be a state of Walmarts and McDonald’s and everybody gets paid $8.25 an hour. My vision is that we want to bring to our state the Lockheeds, the Boeings, the GEs, the Apples the Amazons. We want to make our state a 21st Century economy,” Levine said.

Levine said he wants the votes of people who have recently arrived from Puerto Rico after Hurricane Maria; in his words, he is “targeting the hell” out of them in ads.