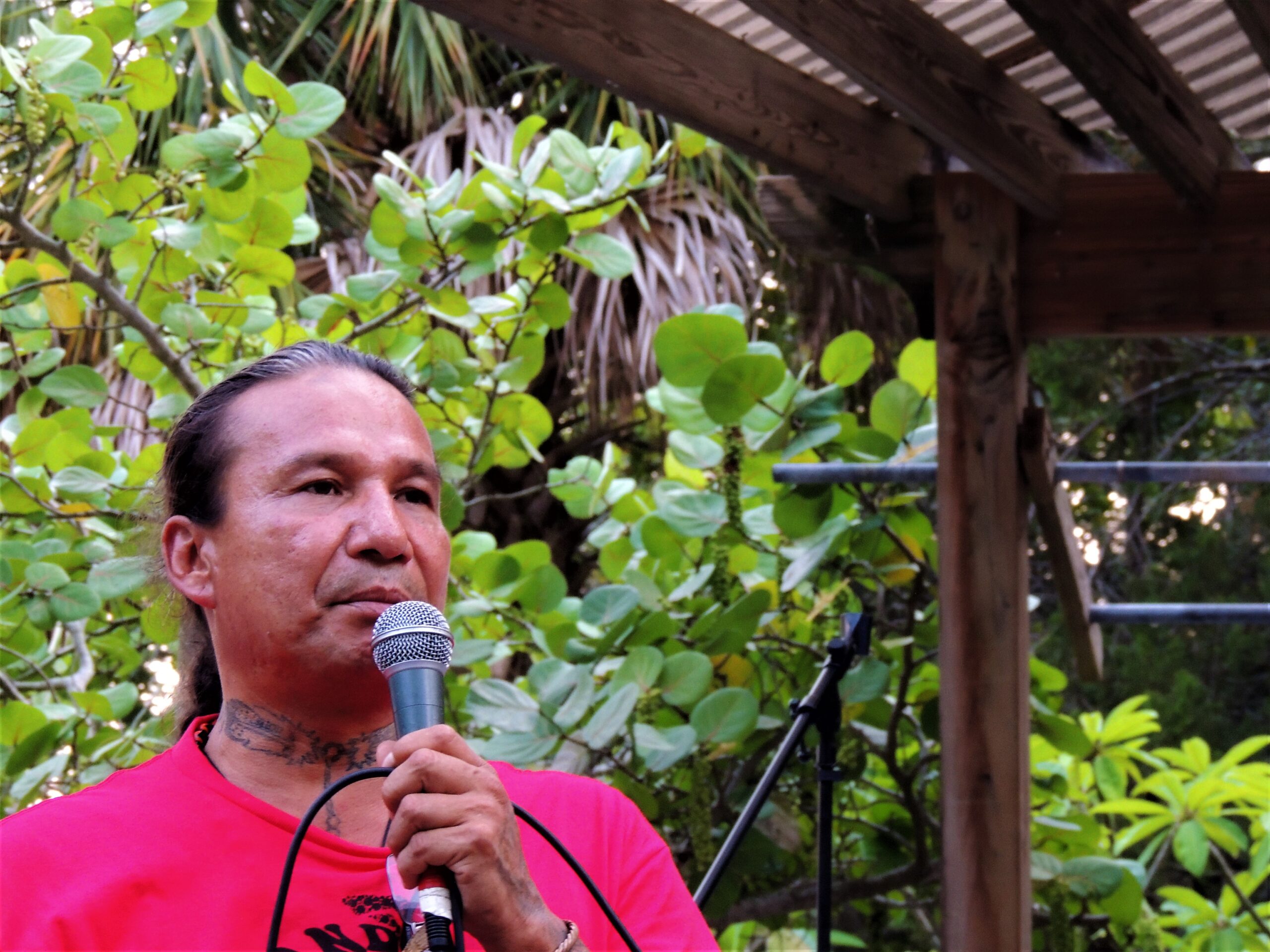 The spirit of the Lakota tribe came to St. Petersburg this Saturday as members of Florida Indigenous Rights and Environmental Equality raised funds and awareness for a project to bring healing back home.

The Common Man Society hopes to heal the Lakota’s of Standing Rock by starting with the tribe’s men.

Speaking in the Lakota language, Garrett Stuart first addressed what he referred to as his homies.

“I was acknowledging the thunder nation and the buffalo nation and the elk nation,” Stuart said. “And the nation of moving energy that goes in between us all.”

Stuart is an algae scientist and member of the Hunkpapa Lakota tribe. He was speaking about the string of energy that connects all life. And like a string of lights, if a bulb goes out on one end, the lights on the other might dim. Keeping all the lights shining and working in concert is what led Stuart’s cousin, Frank Runs Before Them, to start the Common Man Society of the Hunkpapa Lakota.

The Hunkpapa Lakota is one of the tribes of the Standing Rock Reservation. The native land at the heart of the Dakota Access Pipeline protests. Runs Before Them said the Common Man Project will use Indigenous life skills – anything from processing a buffalo to building headstones with the same granite that built the Crazy Horse monument – to reconnect the men of his tribe to the physical, emotional, mental and spiritual aspects of humanity.

“This is gonna be created for a sacred circle of people who want to matter in the world,” Runs Before Them said. “For not only themselves and their family but for the world itself.”

Indigenous groups have suffered a long history of dehumanization in the Americas, as FIREE leader Alicia Norris pointed out.

“Indigenous ways are made fun of with sports teams and TV shows. As a child growing up that’s not something you want to advertise. It makes you feel ashamed.”

Runs Before Them said that shame is compounded by violent abuse children, especially boys, suffer at state-sponsored schools. There’s been renewed focus on so-called residential schools in Canada and the U.S. designed to assimilate Indigenous youth. Students were physically abused if they spoke their native language. And the Catholic Church recently apologized after massacres of native children were discovered at residential schools.

She said healing men can help bring native homes together. It creates a foundation of support that can also help women of the tribe, she said.

“If she’s protected, if she’s provided for. If she’s loved, if she can feel safe in her space then the whole family thrives,” Penokie said. “We need that back in native homes.”

Runs Before Them is collecting donations and plans to leave Florida for Standing Rock next month.