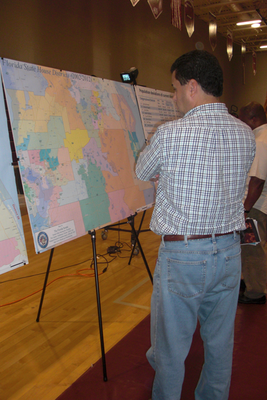 Yesterday the Florida Supreme Court determined that 8 congressional districts had been unfairly drawn to favor the GOP in 2012 and ordered that they be redrawn by state legislatures within 100 days . The Court found the current district boundaries violate the anti-gerrymandering constitution amendment approved by voters in 2010. The move will redraw two Tampa Bay Area districts represented by David Jolly and Kathy Castor, and the oddly-shaped 5th congressional district which winds from Orlando to Jacksonville. Today we have Pamela Goodman, President of The Florida League of Woman Voters, one of the groups that challenged the 2012 maps, to talk about the court’s decision and how it will effect the upcoming 2016 elections