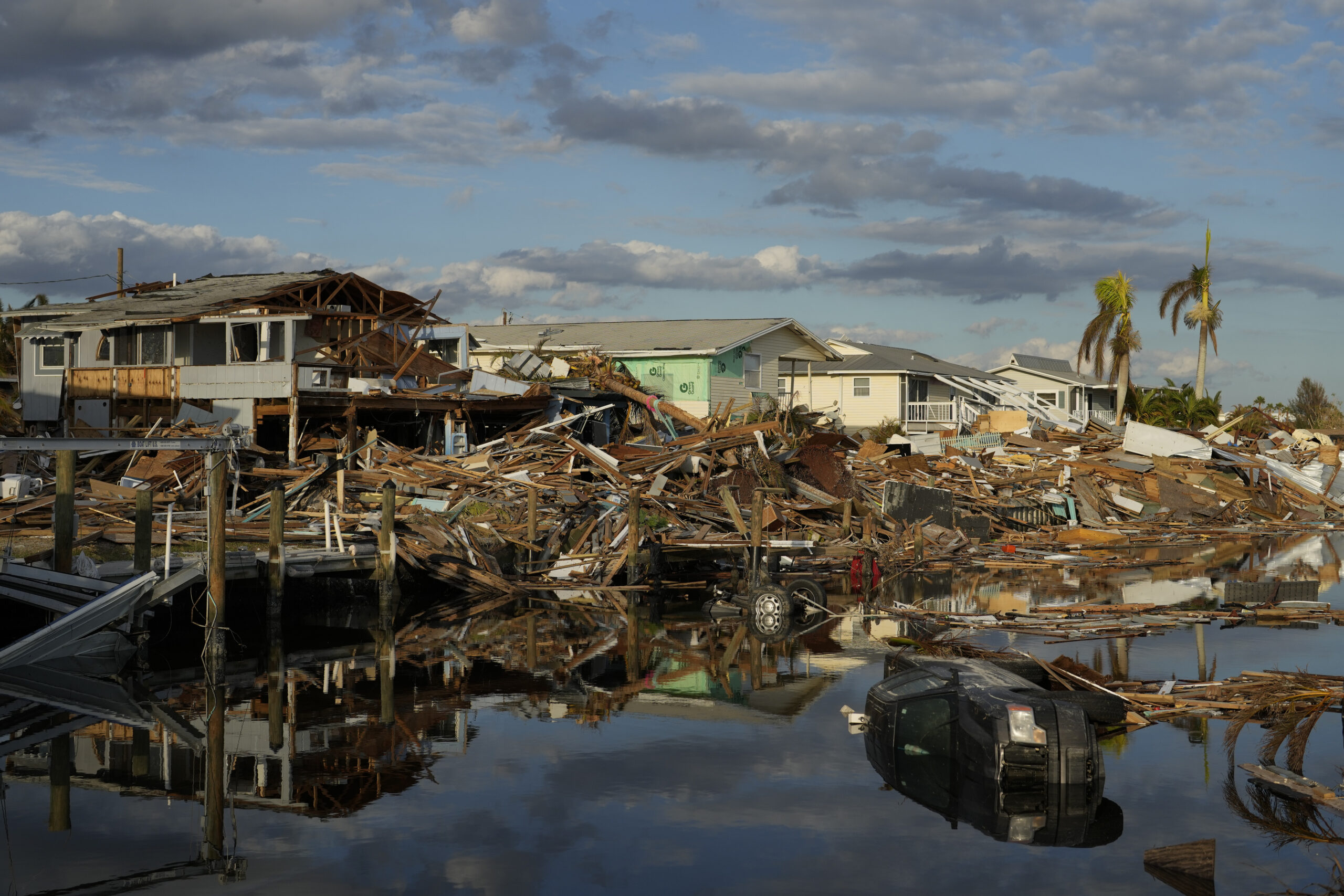 Hurricane Ian, which made landfall in Florida nearly two weeks ago, forced over a dozen hospitals in central and southwest Florida to evacuate patients. Some managed to do so before the deadly storm hit, and some after, due to structural damage, loss of power, or flooding.

After Hurricane Ian hit, the four-story hospital was forced to close temporarily, after winds tore part of the roofing off its ICU on the fourth floor. Below, on a lower level, water flooded the hospital’s emergency room.

“We lost our roof during the hurricane. It’s just been a sad situation, a scary situation for everyone,” Butler told WMNF. “I’m just hoping they put this hospital back right, in a way it should be where, you know, it’s a sturdy structure. Where the nurses and the patients can feel safe there,” she said. And added, “Because I’m sure a lot of people did not feel safe, you know, the night of the hurricane.” 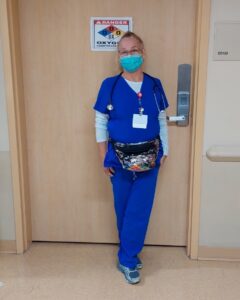 Due to the hurricane’s impact, the 253-bed Port Charlotte hospital transferred 160 patients to other HCA Florida hospitals, including HCA Florida South Shore Hospital in Sun City Center and HCA Florida Brandon Hospital, according to a hospital spokesperson, who added that their sickest patients were transferred before Ian made landfall.

Butler wasn’t at the hospital the night the storm hit. She waited out the storm just up the street, at home, hunkering down with family. “When the others were working, I took care of the kids, and the dogs and animals,” she said.

She had little outside communication during that time and in the days after due to a power outage. While the state’s major utility companies — including Florida Power & Light, Duke Energy, and TECO — worked around the clock to restore power to affected areas after the storm, Butler says she only got her power back this past Saturday. “The only communication that I had for just about nine days, you know, was [to learn] what was really going on was one little radio station, AM radio station on my flashlight radio,” she said.

Meanwhile, HCA Florida Healthcare, which owns several hospitals along the impacted Gulf Coast, reopened Fawcett Hospital’s emergency room on Monday, Oct. 10, for the first time since the storm hit. The hospital will reopen fully, through a phased approach, in the coming weeks, according to a news release.

“We’re grateful for the courageous frontline caregivers and support teams who worked tirelessly to respond to Hurricane Ian while facing their own personal challenges in the storm’s aftermath,” said Michael Ehrat, CEO of Fawcett Hospital.

Butler, for her part, is hoping the hospital will not only be restored, but be built back better — both structurally, and internally. Butler worked at Fawcett Hospital when Hurricane Charley, another Category 4 storm, hit back in 2004. That storm, like Ian, also blew off the hospital’s roof, she said.

With climate change increasing the intensity of these storms, Butler’s worried that the devastation wreaked by hurricanes on Florida hospitals — and her community in Charlotte County — will only grow worse.

A study released Sept. 29, the day Hurricane Ian left Florida, substantiates Butler’s fears, with a team of Harvard researchers predicting that many coastal hospitals along both the Atlantic and Gulf Coasts face a risk of flooding from even mild hurricanes.

According to the study’s authors, the state of Florida has “some of the highest percentages of facilities and beds at risk as well as with the greatest probabilities of hurricane landfall.”

Internally, the hospital has also faced a short-staffing situation with its nurses, per Butler. Even before the hurricane disrupted the hospital’s services, and the lives of hospital employees, she and her union, National Nurses United, were fighting for safe staffing levels.

Earlier this year, Fawcett Hospital nurses delivered a letter to hospital CEO Michael Ehrat, calling on HCA Healthcare management to address their concerns about a staffing situation that they worried was creating “unsafe conditions” for patients and staff.

“Over the past year, we have submitted documentation to management more than 115 times, citing unsafe staffing,” Valerie Jean, an RN in the float pool for the Medical-Surgical/Progressive Care Unit said in a July news release from the union. “We fill out documentation when our patient assignment puts our patients’ health at risk and our own health and safety at risk. We cannot continue to work in these unsafe conditions. It’s not safe for our patients, and it’s not safe for us.”

Meredith Cleary, a representative of National Nurses United, told The Daily Sun at the time that Ehrat, the hospital’s CEO, refused to meet with RNs who had staffing concerns.

According to NNU, short-staffing is a prevalent issue that’s grown worse in recent decades, driven by a desire to maximize profit, and reduce labor costs. Nurses at Fawcett, and other HCA Florida hospitals, in recent years have rallied on several occasions to draw attention to persistent staffing problems. 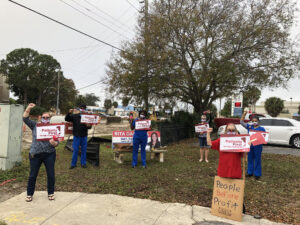 Hospital management has previously disputed claims of a nursing shortage at their facility.

But Butler gives credit where credit’s due. HCA Florida provided her coworkers with free gas, water, and other basic necessities after Ian hit, which Butler says she’s been grateful for. And she hopes that kind of treatment continues.

“They’re a big company and, you know, I’m sure they’re hurting but the workers are hurting too,” she said, sharing that a lot of workers have lost their homes, and are dealing with other consequences of the hurricane’s aftermath. “We’re the lifeblood of their corporation and this community. We hope they treat us fairly.”

A spokesperson for the hospital said they’ve continued to pay Fawcett employees throughout the closure, and that impacted workers may also apply for aid from the HCA Healthcare Hope Fund,  created to provide financial resources for those impacted by disasters, extended illness, or injury.