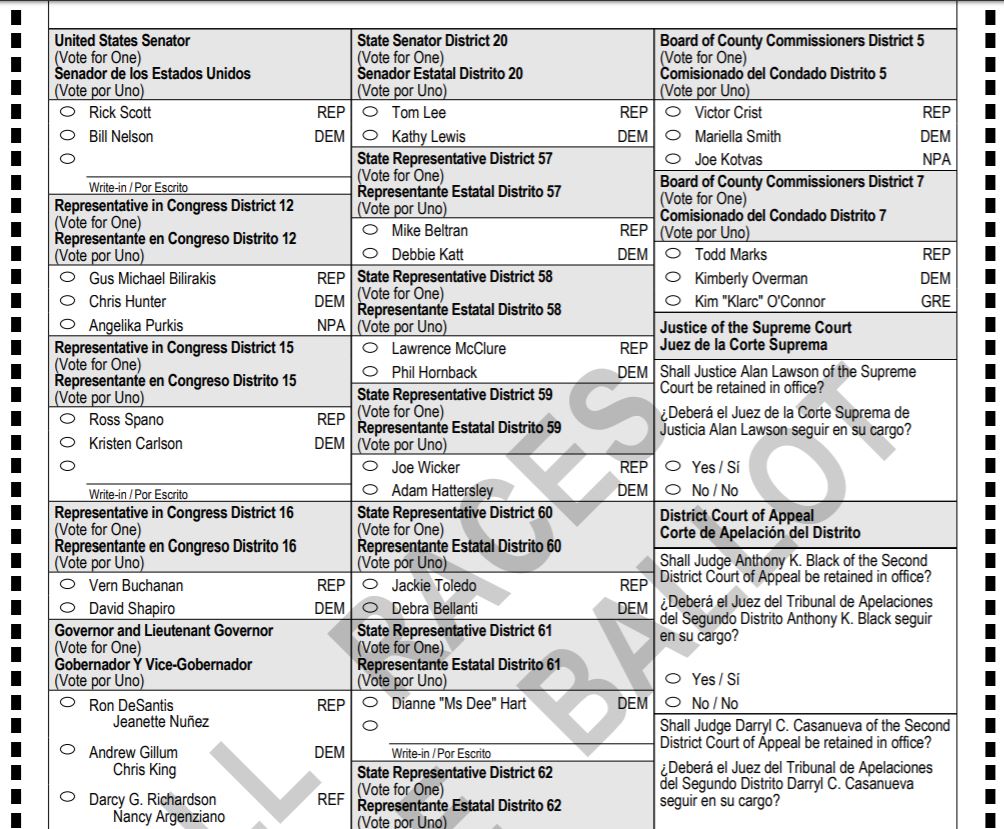 Thinking about voting by mail? The deadline to request a ballot is 5pm 10/31/18, yes Halloween. SCARY.

There are links to the local Supervisor of Elections’ offices at the bottom of this post.

Does it matter if an amendment even passes? (more on that later) Amendments need 60% or more voter approval to pass. Overseas ballots started going out on 9/22 (45 days before election). The deadline to register to vote has passed (October 9), but voters can still check with their local Supervisor of Elections to make sure all of their information is correct, and that they are on the voting rolls.

What is definitely off the ballot?

What is on for now but still contested?

What are people saying about these amendments?

The Tampa Bay Times has a summary of what the amendments are about. The website ReadytoVote.org lists some of the pros and cons of each amendment. The League of Women Voters weighs in here, and the Sierra Club weighs in here. The Florida Chamber of Commerce weighs in here.  And the American Civil Liberties Union, which makes people of all political leanings mad occasionally, weighs in here.

What has been approved by voters but not done by the state?

Amendment 1 (2014) – the Water and Land Conservation passed with 75% of the vote. State agencies have been using the money intended to buy land to protect Florida’s environment to buy equipment, pay salaries, and everything but land. Environmental groups sued. The state appealed. And the environmental groups went back into court (9/19/18), asking the judge to force the state to follow the will of the people. This may come up as an issue in Florida’s Senate race between Senator Bill Nelson and Governor Rick Scott, heightened by the Red Tide/Blue Green Algae fiasco.

Amendment 2 (2016) – Medical Marijuana Legalization Initiative has also landed in court this year. The state has been in court over whether approved patients can smoke in their homes; how dispensary licenses are awarded, and other aspects of the voter approved amendment.

Links to the Supervisor of Elections’ offices