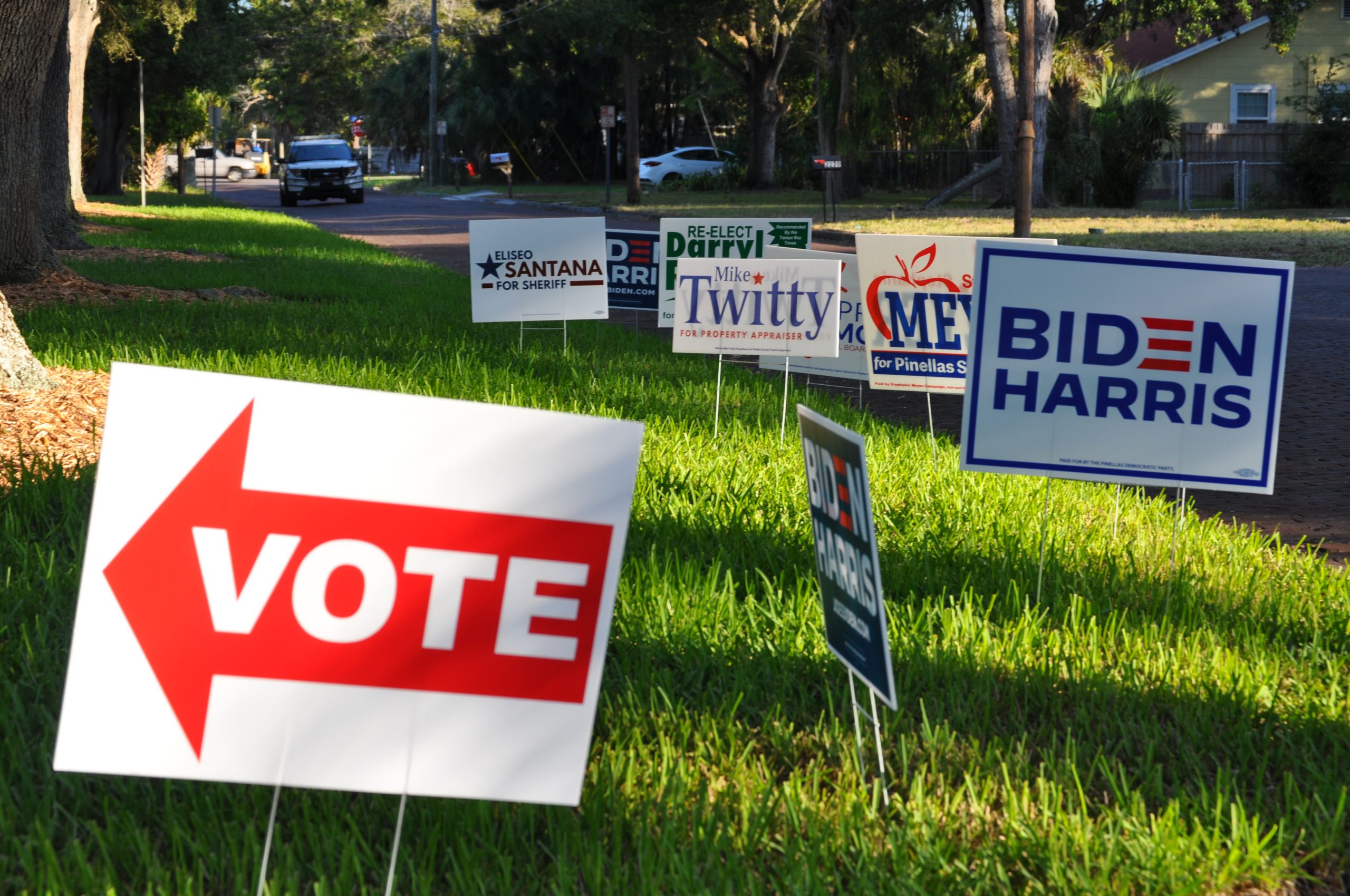 With 97 percent of precincts reporting at the time of publication, Donald Trump is leading Joe Biden in Florida 51 to 48 percent.

The AP called victory for Republican Scott Franklin to Congress in Florida’s 15th District that covers parts of Polk and Hillsborough Counties. He defeated Democrat Alan Cohn and will replace Ross Spano in Congress.

Several members of Congress were reelected in the Tampa Bay area including Republicans Vern Buchanan and Gus Bilirakis, and Democrats Charlie Crist and Kathy Castor.

With 98% of precincts reporting, Florida’s Amendment 2 – which would gradually raise Florida’s minimum wage to $15 / hour — was on track to barely pass the 60% threshold needed to pass at 60.8%.

In Hillsborough County, all 390 Election Day precincts have been tallied. All early votes have been counted and vote-by-mail ballots have been partially reported.

Republican Traci Koster appears to have defeated Democrat Jessica Harrington for a State House race with all Election Day precincts reporting. 53% to 47%.

Democrats are leading the three races for Hillsborough County Commission.

Harry Cohen has the slimmest margin, he has a 1.4% point lead over Republican Scott Levinson.

In the school board races, Nadia Combs, Jessica Vaughn, Henry “Shake” Washington and Lynn Gray have leads of at least 7 points.

Joe Biden leads Trump in Hillsborough by a 53% to 46% margin.

All precincts have reported in Pinellas County, but not all mail ballots have been counted.

Two incumbent Democrats are in very close races to keep their countywide seats on the Pinellas Board of County Commissioners.

Janet Long leads Republican challenger Larry Ahern by about a percentage point an about 6,000 votes.

In a State House Race, Democrat Jennifer Webb appears to have lost her seat to Republican challenger Linda Cheney in South Pinellas by a 52-48 percent margin.

In the Pinellas County Commission, Democrat Rene Flowers has beaten Maria Scruggs by a 2-to-1 margin in District 7, south Pinellas.

Joe Biden and Donald Trump are in a virtual tie in Pinellas, with Biden on top at the moment by about 1,300 votes.

The amendments need 60% support to pass; here are the results with about 98% of precincts reporting:

As noted above, With 98% of precincts reporting, Florida’s Amendment 2 – which would gradually raise Florida’s minimum wage to $15 / hour — was on track to barely pass the 60% threshold needed to pass at 60.8%.