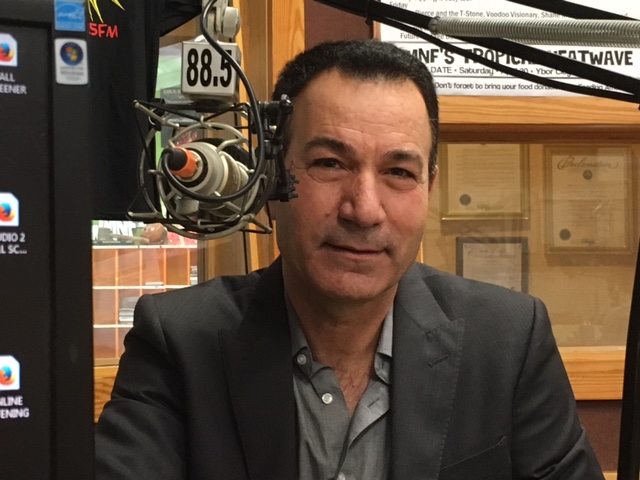 On the first half of today’s show we listen back to the latest Florida This Week, a political talk show on local PBS station WEDU that is moderated by Rob Lorei. This episode’s panel of political experts tackle the week’s biggest stories in Florida Politics: President Obama’s announcement to visit Cuba next month, The Republican call to delay the nomination of a new supreme court judge, on the street interviews with with Trump supporters at his rally in Tampa last week, and a bill on the state senate floor that would allow clergymen to refuse same-sex marriage ceremonies.

Then we talk about human rights violations and pollution of the occupied Palestinian territories. Our Guest Fahmi Manasra says the small farming village of Wadi Fouqin, located near the Israel-Palestinian border, has been illegally occupied and has had some of its lands confiscated by israeli forces, in addition to being polluted by sewage waste from Israeli. Manasra has been traveling around the country speaking out against the living conditions in Wadi Fouqin, and will be delivering an address on his hometown to the US congress.