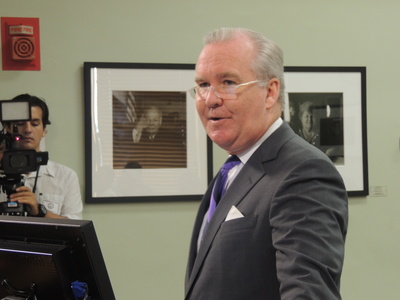 Today we listen to a special Thanksgiving edition of Florida this week in which host Rob Lorei interviews Tampa mayor Bob Buckhorn, touching on a variety of topics such as the Vinik Project in downtown Tampa, the TBX interstate expansion, the idea of a  citizen’s police review board  and his goals for his second term as mayor of the state’s third largest city.

Then we speak with Green Party presidential candidate Dr. Jill Stein about her stance against selling weapons to Saudi Arabia. Stein has recently called for congress to reject the Obama administration$1.2 billion sale of bombs to the Saudis, who she says is one of the biggest financial backers of radical sunni islamists groups like ISIS. Congress has 30 days to approve or reject the deal.