Home Blog News and Public Affairs Florida This Week; Florida AG Pam Bondi Would Not Fight Trump U But She Is Fighting The Clean Power Plan 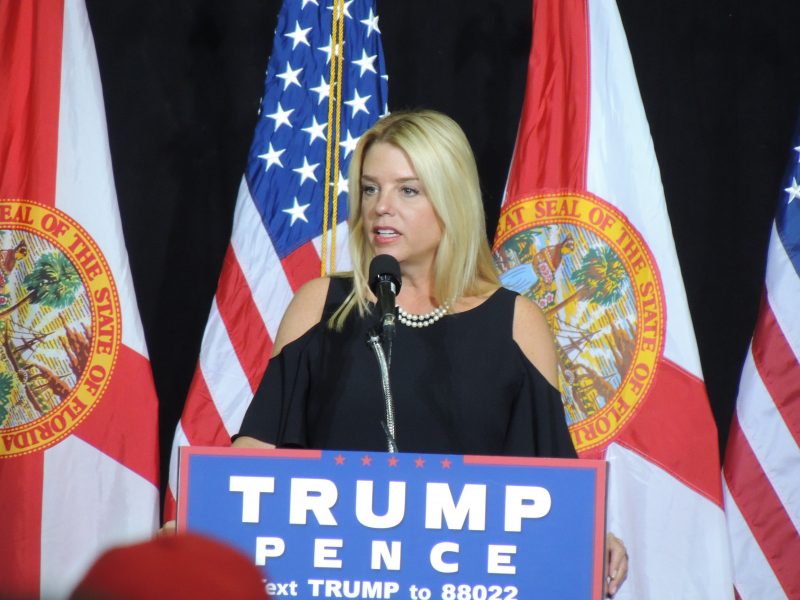 On Radioactivity Monday, we  first listened back to the latest episode of Florida This Week, a political discussion show on local PBS station WEDU that is also hosted by Rob Lorei. In this episode, our panel of political experts and insiders discuss the hottest stories in Florida news and politics: Calls for a federal inquiry into the St. Petersburg sewage spills; Hundreds of millions of gallons of contaminated water enter the aquifer from a phosphate mine;  David Jolly and Charlie Crist trade punches in their first and possibly only debate; Pam Bondi says she has no regrets over taking a donation from the Trump Foundation.

Then: President Obama’s signature effort to combat global warming will be in the hands of federal judges this week, as an appeals court in Washington weighs the legality of the administration’s plan to force sharp reductions in power plants’ carbon emissions and push the nation toward cleaner energy sources.It’s called the Clean Power Plan and it requires that states come up with their own plan to reduce carbon emissions by about one third over the next 14 years.Florida’s attorney general Pam Bondi has joined a lawsuit with more than a dozen other states– trying to stop the Clean power Plan from taking effect. Our guest on the second half of the show was Steven Kull, president of Voice Of the People. His organization sponsored a survey Floridians and found they supported the Clean Power Plan.