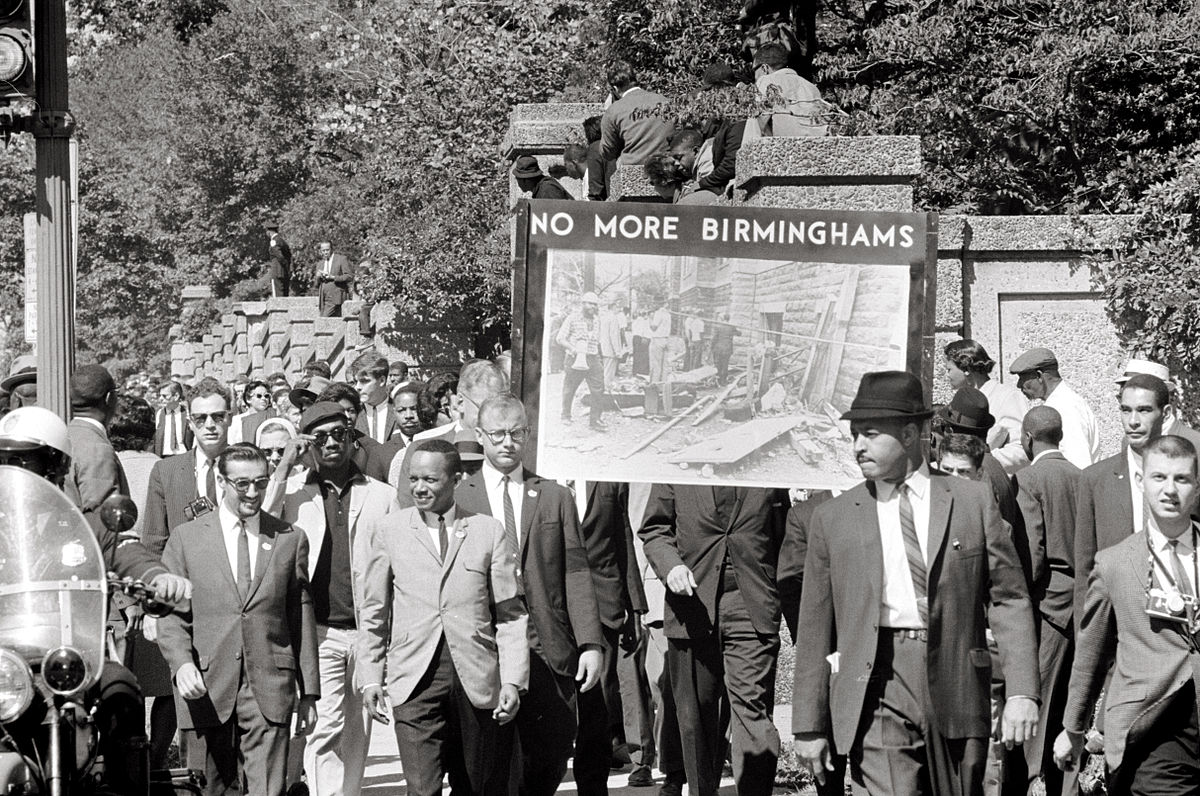 A Flower for the Graves

An editorial by Gene Patterson

Eugene Patterson was the editor  of the Atlanta Constitution when he wrote this column. The bombing of the church in Birmingham killed four little girls -11 year old Denise McNair, and the 14 year olds  Addie Mae Collins, Carol Robertson, and Cynthia Wesley.  Patterson later led the then St. Petersburg Times, now Tampa Bay Times, to national  import as its editor.  It is heartbreaking that almost 54 years later the words still apply, though we seem to be innurred to the violence.

A Negro mother wept in the street Sunday morning in front of a Baptist Church in Birmingham. In her hand she held a shoe, one shoe, from the foot of her dead child. We hold that shoe with her. Every one of us in the white South holds that small shoe in his hand. It is too late to blame the sick criminals who handled the dynamite.

The FBI and the police can deal with that kind. The charge against them is simple. They killed four children. Only we can trace the truth, Southerner – you and I. We broke those children’s bodies. We watched the stage set without staying it. We listened to the prologue unbestirred. We saw the curtain opening with disinterest. We have heard the play.

We – who go on electing politicians who heat the kettles of hate.

We – who raise no hand to silence the mean and little men who have their nigger jokes.

We – who stand aside in imagined rectitude and let the mad dogs that run in every society slide their leashes from our hand, and spring.

This is no time to load our anguish onto the murderous scapegoat who set the cap in dynamite of our own manufacture. He didn’t know any better. Somewhere in the dim and fevered recess of an evil mind he feels right now that he has been a hero.

He thinks he has pleased us.

We hold that shoe in our hand, Southerner. Let us see it straight, and look at the blood on it.

Hold up the shoe and look beyond it to the state house in Montgomery where the official attitudes of Alabama have been spoken in heat and anger.

We created the day. We bear the judgment. May God have mercy on the poor South that has so been led. May what has happened hasten the day when the good South, which does live and has great being, will rise to this challenge of racial understanding and common humanity, and in the full power of its unasserted courage, assert itself. The Sunday school play at Birmingham is ended. With a weeping Negro mother, we stand in the bitter smoke and hold a shoe.

If our South is ever to be what we wish it to be, we will plant a flower of nobler resolve for the South, now, upon these four small graves that we dug.