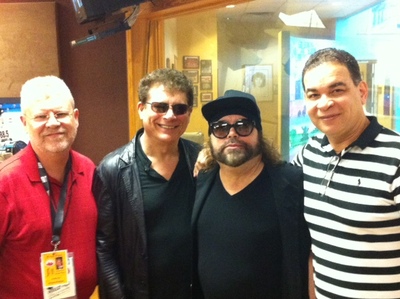 Guns are a contentious topic right now in the Tampa Bay Area with an reported increase in gun violence in Tampa, and the tragic case in Hudson where a 12-year-old boy shot and killed his 6-year-old brother before taking his own life. At the same time a bill banning backyard shooting ranges was rejected, while bills allowing firearms on college campuses and during emergency situations are still moving through the state legislature.

Gun control advocacy group, States United to Prevent Gun Violence launched a campaign last week, where they set up a fake gun store in Manhattan stocked with models of guns used in accidental shootings and massacres.
States United Executive Director Julia Wyman and Bill Jordan, President of the National Physicians Alliance,talk with us about the risks associated with gun ownership, which include increase rates of gun suicides,accidental shootings, and domestic violence deaths. They also address Florida’s gun control laws, which they say are lax relative to gun laws in many other states.

We then speak musician Carlos Varela, whose socially-conscious blend of Salsa, rock, and folk have led to him being called “The Bob Dylan of Cuba”. Despite enjoying immense popularity in his homeland, his music is often censored by the Cuban government for its political commentary on Cuba and the US. Varela’s work is featured in a new film called The Poet of Havana, directed by Ron Chapman, which will be screened tonight at 360 Realty Theater At Channelside Bay Plaza at 6:45 pm as part of the Gasparilla International Film Festival.