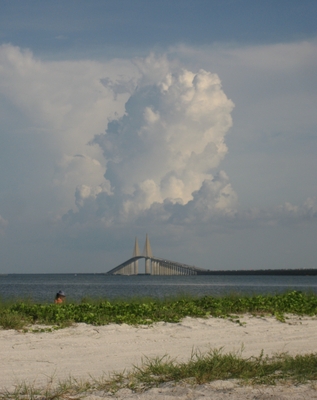 Some Tampa Bay officials want to figure out how to accommodate monstrous new mega-ships too big to call Port Tampa Bay home. But making that happen would be both costly and environmentally controversial. The latest idea being batted around is building a port near the coast of Fort DeSoto. But that idea is opposed by Barbara Howard, president of Friends of Tampa Bay National Wildlife Refuges.

Another $2 billion possibility is to replace the already massive Sunshine Skyway Bridge with an even taller one. Howard said she didn’t know what impact that would have on marine life and habitats.