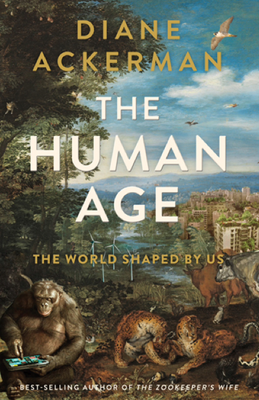 The theme of the show was POWER – so often reflected now by its misuse, abuse and wanton directives to satisfy one’s own needs and greed. It doesn’t have to be that way… Climate change, endless wars, a wealth gap that has rendered meaningless our terms of rich and poor. We are living in a climate of fear and helplessness. Wake up – we are now living in the world designated by anthropologists as the anthropocene, the human age. These problems are a result of an unparalleled dominion of humans over the whole planet and can be solved by humans.

DIANE ACKERMAN, finalist for the Pulitzer Prize for Nonfiction, award winning author of The Zookeeper’s Wife and A Natural History of the Senses. Her latest book is The Human Age: The World Shaped by Us. She has the rare distinction of having a molecule named after her. “Our relationship with nature has changed radically, irreversibly, but by no means all for the bad. Our new epoch is laced with invention. Our mistakes are legion, but our talent is immeasurable.” — The Human Age, Diane Ackerman