Home Blog Blog Funny, With A Message on Life Elsewhere 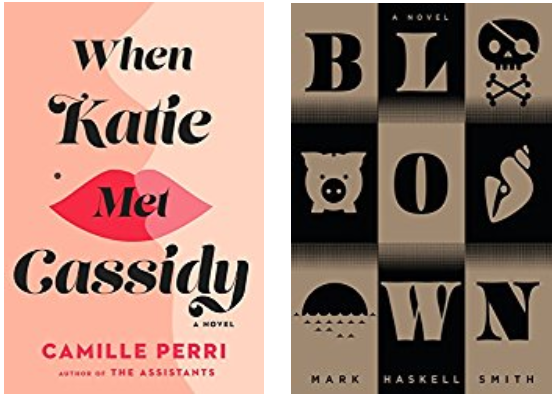 When Katie Met Cassidy and Blown are two new, clever-funny novels. Both are very much set in the present, each book reels off timely iconic observations and pop-culture references without a hint of self-consciousness. Their fast-pasted comedic well-constructed narratives with believable characters draw the reader in, while almost slyly revealing a deeper, thought-provoking message. In When Katie Met Cassidy, Camille Perri proudly writes about, as she says, “her queerness” without preaching, pontificating or even pandering. She knows the LGBTQ community inside out and she takes the reader into what is most likely for many, a mysterious scary world. Perri devises a simple love story for the plot. There’s Katie, born and raised in Kentucky, now an aspiring, late- twenties lawyer in New York. She’s a good girl, a people pleaser and a rule follower.  Katie finds herself sitting in a disoriented haze across a boardroom table from another a lawyer in a sharply tailored man’s suit, who on first look Katie mistakes for a man. This is native New Yorker, Cassidy, a confident, beautiful woman who seems to break all the rules Katie has tried so hard to follow. A hot passionate love story unfolds between two women, yet Camille Perri skillfully avoids cliches and stylized caricatures. Instead, her message is, no matter what your gender or sexual preference, when you’re in love you share the same emotions as anyone else in love. It’s a straightforward notion, but even in this modern age, there are still too many amongst us who would rather call it a love that dare not speak its name.

With five comic novels, all with one-word titles: Raw, Baked, Moist, Delicious and Salty (recently adapted into a major motion picture, titled Gun Shy, starring Antonio Banderas), Mark Haskell Smith excels at cooking up a supremely weird atmosphere and spicing it up with equally weird sex and violence. With Blown, his latest novel, Mark Haskell Smith goes all out with a wildly entertaining satire of corporate greed, sexual desire, and crime in the global financial services industry. Exceptionally funny, ribald and sharp-eyed, Blown starts as a simple case of embezzlement and explodes into a fatal high-stakes gamble for money and the pursuit of happiness. With his trade-mark knack of creating a cast of believable if not eccentric characters, in realistic but extraordinary circumstances, Smith gives his quizzical take on greed and human frailty. All the while the reader cannot stop laughing.

Make sure not to miss Norman B’s spirited interviews with two keenly talented and engaging authors on the next edition of Life Elsewhere.