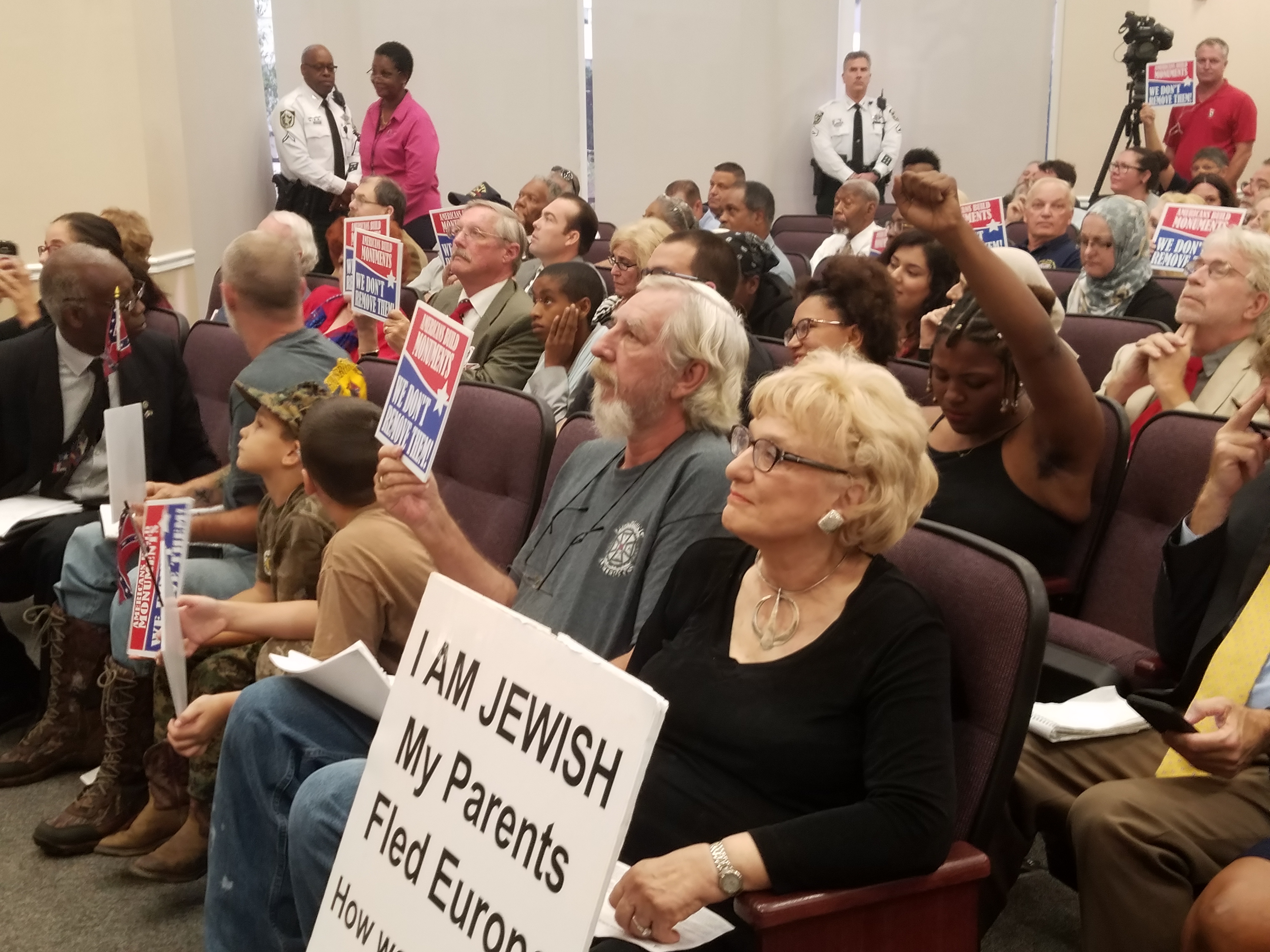 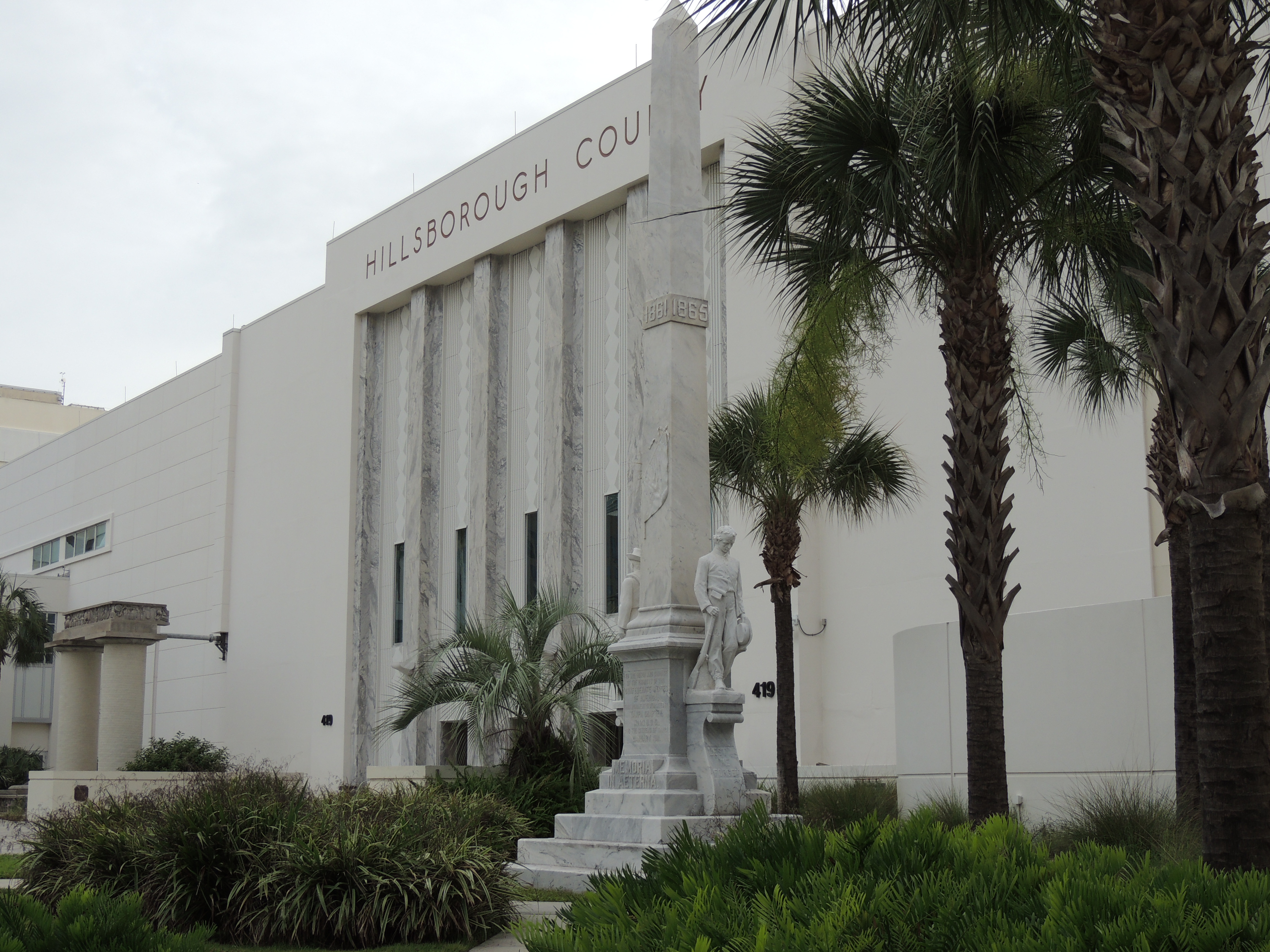 The monument to Confederate soldiers outside a Tampa court administration building is staying put; after nearly two hours of heated public comment the Hillsborough County Commission voted 4-3 Wednesday to keep the memorial. Members of the public pleading with the commission to support Les Miller’s motion to remove the 1911 memorial outnumbered those who want to keep it 31-14.

Donnie McCurry brought two young grandsons to the meeting. They sat near the front row and held confederate battle flags and signs reading “Americans Build Monuments We Don’t Remove Them.”

Commission chair Stacy White supported an opposing motion to Miller’s. White was joined by fellow commissioners Victor Crist, Ken Hagan and Sandra Murman to support not only keeping the Confederate monument in place, but also to draft an ordinance to protect all monuments in the county to wars, the military and veterans, including the Civil War and the Confederacy.

Crist successfully added an amendment that calls for a colorful mural with diverse faces to be created behind the Confederate monument. It would, in his words, “wrap love around it.”

But that won’t ease the pain for Hillsborough community activist Gerald White. 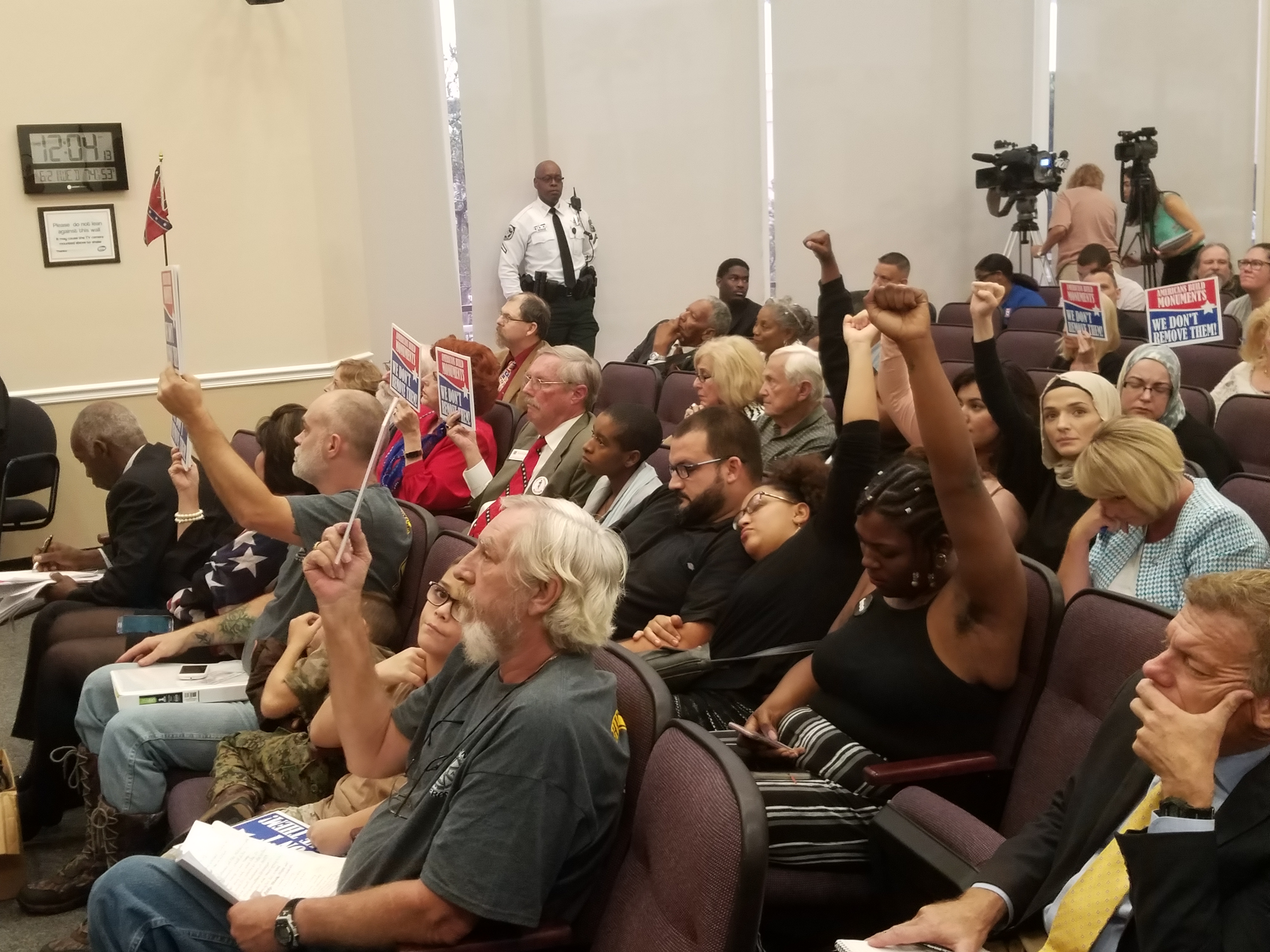 Commissioners unanimously supported budgeting a quarter of a million dollars for an education initiative to fight racism and teach children about history.

The commissioners who voted with Miller to unsuccessfully remove the Confederate monument were Pat Kemp and Al Higginbotham, who cited his physical disability in having empathy for people who face discrimination.

Former district director for Congress member Kathy Castor, Chloe Coney, was one of the 31 people to speak out for removing the monument.

“Next month I will be 67 years old and like Commissioner Miller, I grew up during segregation time. I was the one drinking from the water fountain, riding the back of the bus. In fact, at the age of 13, here in Tampa, Florida in 1963, me and two of my other classmates decided to leave our black segregated schools at Just Junior High school to go to West Tampa at Old Jefferson to integrate the schools, but, then they closed down Old Jefferson in 1967 and I was transferred to Hillsborough High School. Boy, what a shock I received. Being called a “nigger.” Mean spirit. And I witnessed why the prejudice and the racism exists. But, at a pep rally, I witnessed that. We had students running around with a Confederate flag. We had students standing up, singing Dixie – I wish I was in the land of cotton. At the age of 16, ya’ll, I cried, because I didn’t want to be in the land of cotton. Because it was my people, my ancestors that were beaten, working in that field for nothing, being hung. I did not want to be in the land of cotton.

“So, 50-years later, today, I could not believe I’m standing here talking about a Confederate statue or a Confederate flag that celebrates slavery of human beings–my people. So, commissioners, when you vote to remove that Confederate monument, I want you [timer rings] to look through the eyes of a 16-year old girl who did not want to be in the land of cotton. Thank you.”