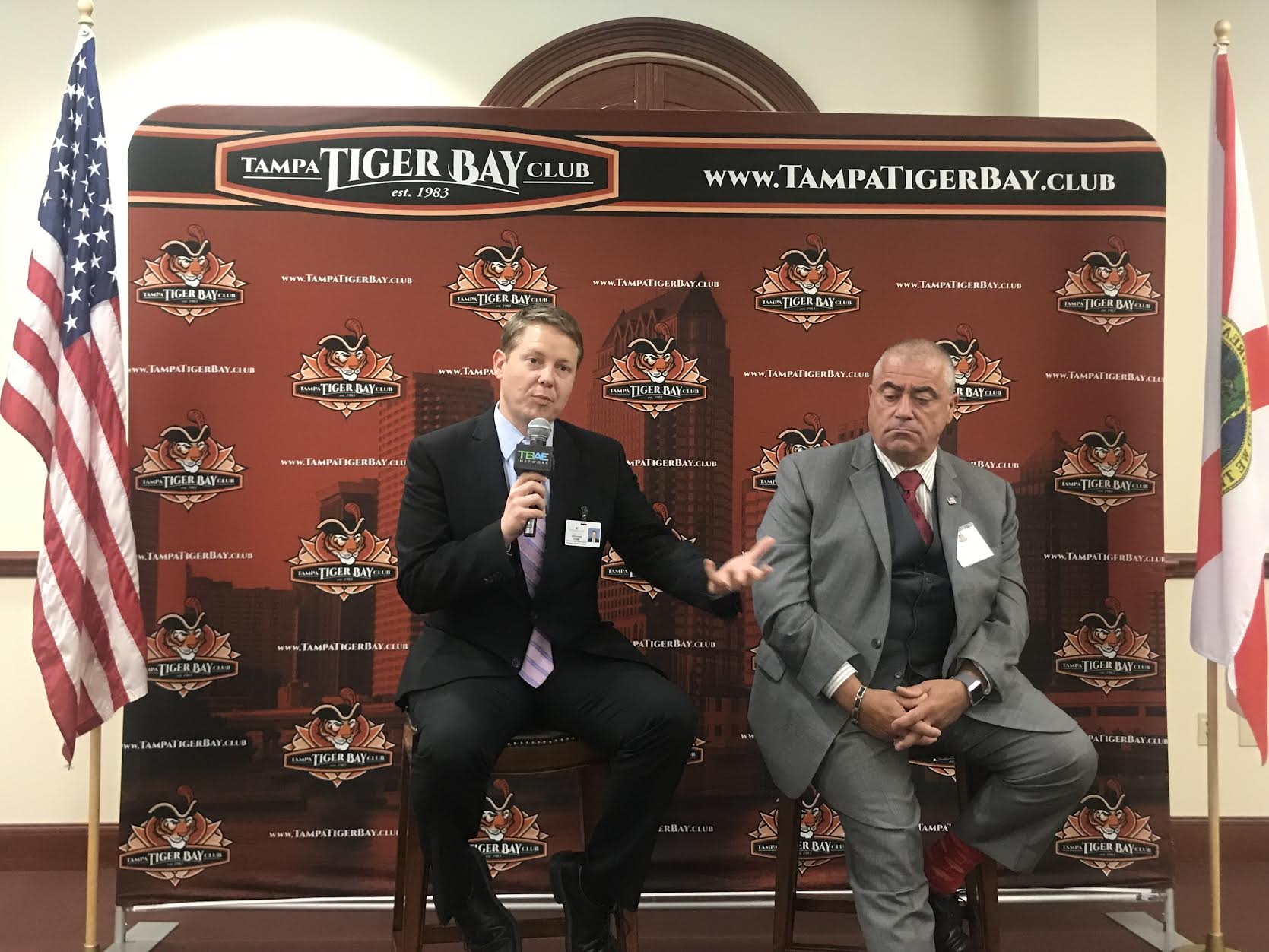 School districts across Florida this year are increasingly looking at the idea of raising taxes to make up for budget deficits.

Manatee County voters approved a measure earlier this spring raising property taxes to give raises to teachers and other employees, and officials in districts as diverse as Broward and Hernando County have also recently discussed the idea, as did Hillsborough County School District head Jeff Eakins last week.

“I am going to be beginning exploration around a referendum,” Eakins said to members of the school board, as recounted by the Tampa Bay Times. “I’ve heard from many of you on the board and many people out in our community that we should look into a referendum to generate the revenue we need to fund our schools. I’m starting to research and explore what options are available. We have some clear needs.”

The funding concerns in Hillsborough aren’t anything new, but became even more apparent to the public last summer, when there were countless reports of broken down air conditioning systems in school buildings throughout the district.

The legislature then added another fiscal challenge to Hillsborough and every other school district in the state earlier this year when they passed a bill following the Parkland shooting massacre that requires that each school must have at least one armed officer or guardian by the beginning of the 2018-2019 school year.

District spokesman Grayson Kamm amplified those concerns on Friday at a Tiger Bay Lunch discussion at the Ferguson Law Center in Tampa. He said that the discussion about a potential referendum has just begun, and could ultimately result in the district supporting either a millage rate increase to pay for operations, or a sales tax to pay for facilities, training programs and hardening schools.

“Just like your house after 20-25 years it’s time to replace the air-conditioner and the roof, but the air conditioner in a high school can cost $7-$12 million to replace,” Kamm said, adding that it’s about $3 million in elementary schools and approximately $6 million in middle schools.

Add to that the fact that the average school campus in Hillsborough is just shy of 50 years old, and you have a recipe for mega infrastructure breakdowns. Hillsborough school officials say that there is roughly $1 billion in deferred maintenance and $1 billion in projected new construction costs on the table.

Lynn Gray has been the most outspoken Hillsborough County board member championing the need for a referendum, but she hasn’t received much public backing yet from her colleagues.

A motion she made at a board meeting to discuss the issue earlier this spring was summarily rejected by the rest of the board.  That hasn’t stopped her from speaking with other members of the community about the desire to put a measure on the ballot to raise money for education. Gray says that Eakins is now poised to meet individually with each board member to ask if they be would willing to explore the idea of a referendum (Eakins left the Tiger Bay meeting early to attend a graduation ceremony and wasn’t available for comment).

When Eakins talked about the referendum at last Tuesday’s meeting, he was met with stony silence. Gray says that a friend told her after the meeting that it appeared that she was the only board member to even to be looking at Eakins when he was discussing the topic.

Referring to issues of teacher pay and needed infrastructure improvements, Gray says that “it’s crystal clear we have to” have such a referendum.

“We can’t continue to ignore the increasing demands confronting us,” she says. “My conversations with parents, teachers, business people and others interested in the positive growth of our community convinces me that there is substantial support to find our own solutions.”

However, it is an election year, with three board seats in play.

Kelso Tanner, a Republican political consultant who is running for the District 6 seat being vacated by April Griffin this fall, is adamantly opposed to any tax referendum going on the ballot.

“The school (district)  has spent the past eight years mismanaging and spending itself into a deficit,” he responded via Facebook. “The Gibson Audit identified numerous areas where the school district could save millions of dollars a year. Eakins has decided to drag his feet on making necessary staffing cuts and wants taxpayers to pick up the bill instead. I disagree with this and so will the voters.”
The Gibson audit that Tanner is referring to was actually three separate reports provided by the Gibson Consulting Group on major cost savings opportunities for the Hillsborough County School School District in the 2016-17 budget. The first report said that the district could save more than $400 million over five years, if it eliminated 1,761 jobs.
Educator Stacy Hahn is running for the Hillsborough County School District 2 seat this year, challenging incumbent Sally Harris.  She said on Friday that with the district facing severe challenges, she would not immediately dismiss the idea of a referendum, but said she needed to hear more about it.

Community members who are lobbying for a referendum are aiming for the measure to be placed on the ballot in Hillsborough County in March of 2019, a special election that would coincide with the Tampa mayoral election.

GOP state lawmakers say that when including the $400 million approved in the legislative session earlier this year now boosts per-student spending to $7,408, a $101 increase from a year ago.  School superintendents however beg to differ, saying that if you remove the school safety money, the increase amounts to a paltry 47 cents in the base student allocations, a quarter of the rate of inflation.