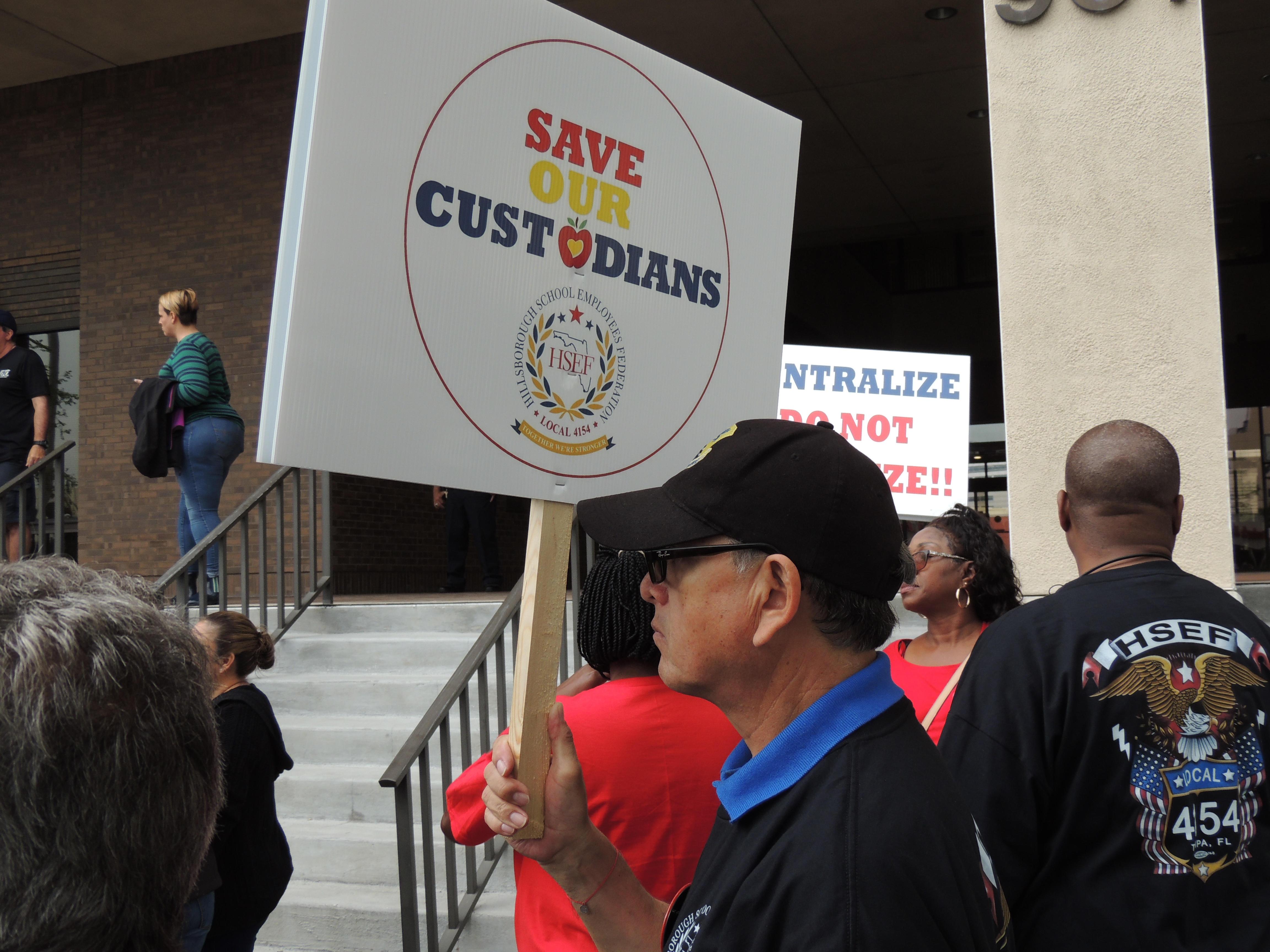 Custodians in Hillsborough County Schools are fighting back against a proposal to privatize cleaning services. They are rallying Tuesday afternoon outside the school board meeting in downtown Tampa and speaking out during the meeting itself.

In a separate demonstration Tuesday morning about fifty custodians and their allies rallied in a light rain shower. Organizers say 300 people demonstrated earlier.

The custodians are represented by the Hillsborough Schools Employees Federation. 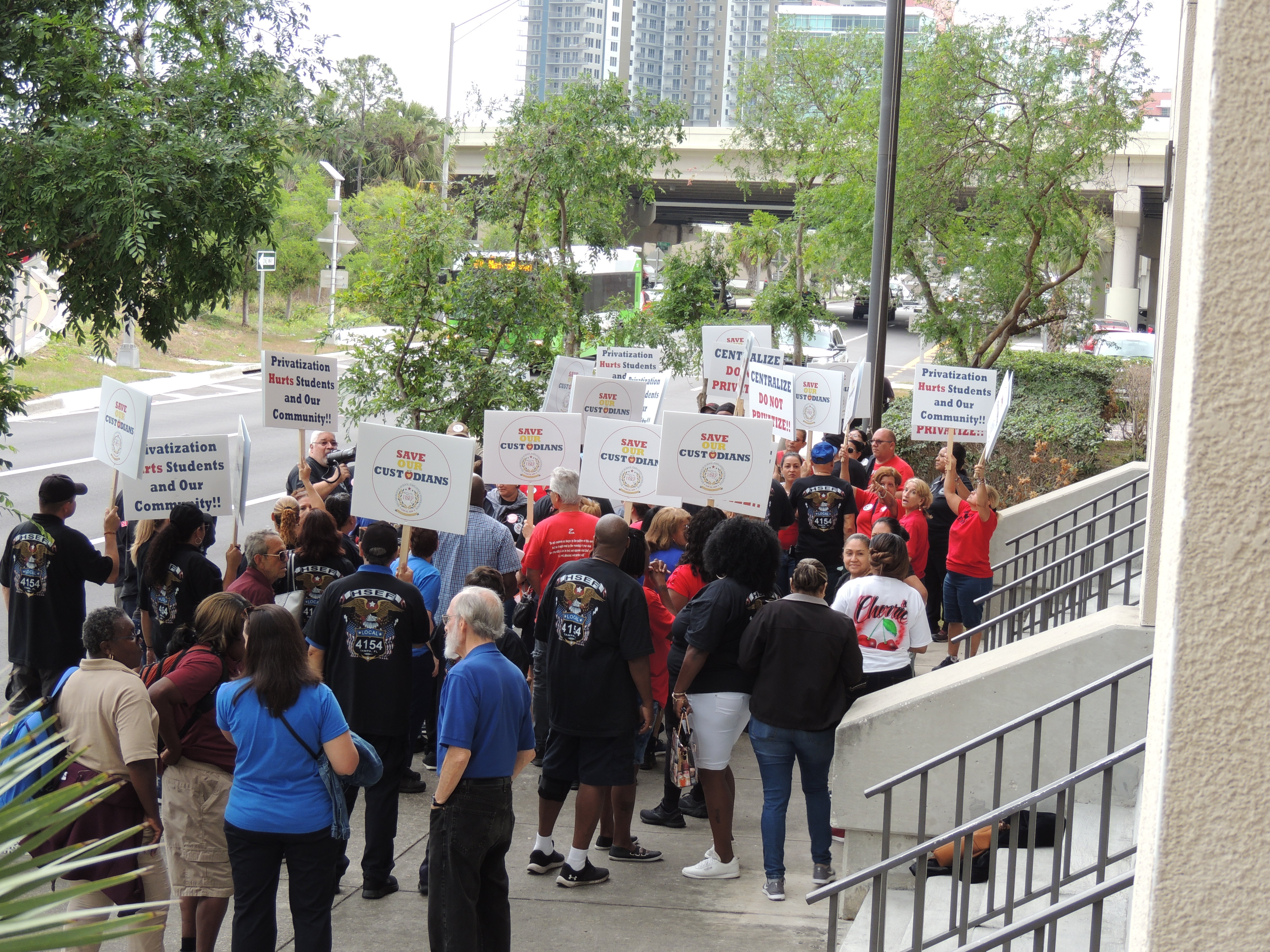 “I have two-and-a-half more years to retire and I want to get my full retirement.”

So, that means you might be out of a job if they do that?

“It’s possible; very possible. That means I got to go back, I’ve got to go out and interview. I’m 63 years old. So, it’s hard out there because you have age discrimination you’ve got to be confronted with.”

What about the services that’ll be provided — are private contractors as good as workers who are in the union and have been long-time employees?

“I think that regular employees are better, on my part. Because we detail the school better. We go back, we clean over. And then if something is not clean then the teachers can talk to us one-on-one.” 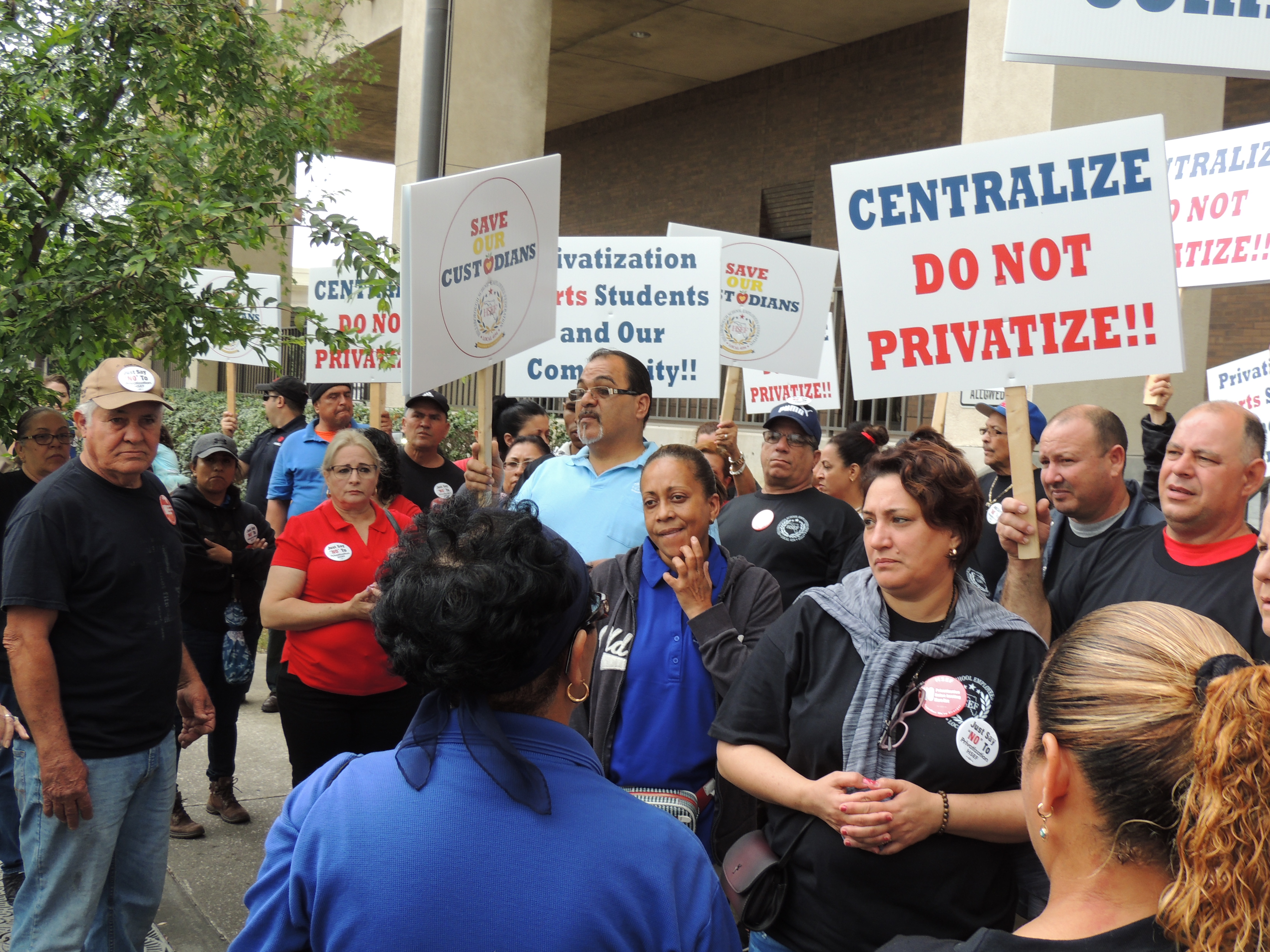 “Well, the children know the custodians. The children have been around the custodians for almost four years. Not only that, but the staff members at the school know the kids. That is a very valid point: if you know who is working around your children.”

Stephanie Baxter-Jenkins is executive director of the Hillsborough Classroom Teachers Association. She represents teachers, not custodians, but still thinks it’s better for teachers if the district does not privatize custodial services.

Baxter-Jenkins says in other districts that have privatized custodial work classroom teachers have had to take up some of the cleaning duties.