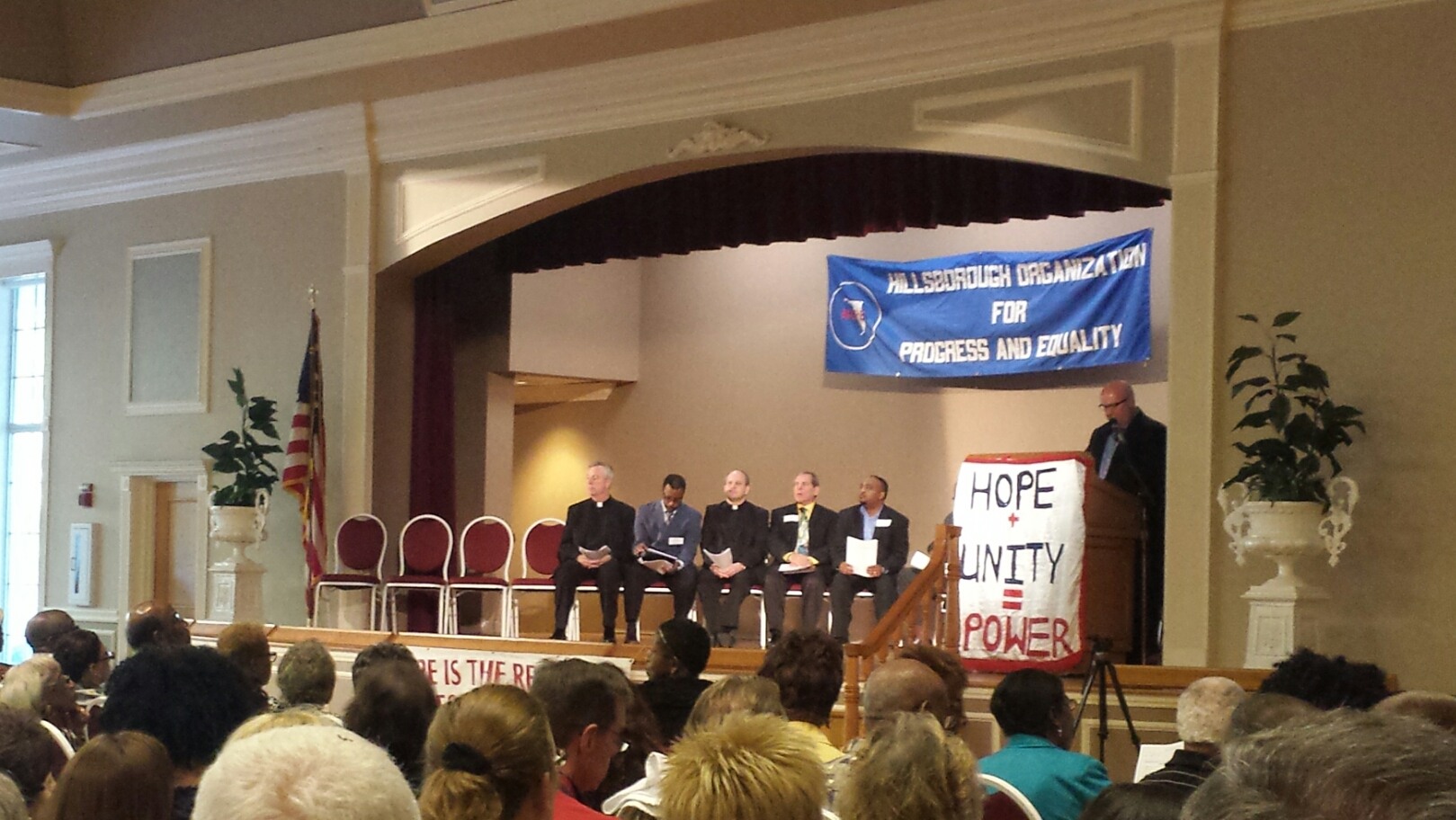 On Monday in Tampa, The Hillsborough County Sheriffs office said in a letter recited at a meeting of interfaith congregations that it will not extend its civil citation program for misdemeanor marijuana possession to juveniles.

At the annual Nehemiah action meeting for The Hillsborough Organization for Progress and Equality, an interfaith coalition of over 20 congregations also known as HOPE, hundreds gathered at the St. Lawrence Catholic Church in West Tampa. They wanted local officials to promise to provide better access to affordable housing and end the arrests of minors for first time cannabis possession.

While both 13th Judicial Circuit chief Judge Ronald Ficarrotta and public defender Julianne Holt promised to work to extend the civil citation program to juveniles, the Hillsborough County Sheriff’s office will not back the measure or schedule a meeting with HOPE in the near future.

“Today I continue to firmly believe states that decriminalize marijuana do not improve the well being of their youth,” wrote Sheriff Gee in the letter.  “I believe they jeopardize,increasingly, a large group of youth in ways that can’t be fully understood today.”

HOPE executive director Rev. Bernice Powell Jackson told WMNF before the meeting that arresting juveniles over minor crimes unduly marks them with a record the rest of their lives.

Debra Rollock of Tampa says she is disappointed by Sheriff Gee’s response,but feels positively about the outcome of the assembly.She just hopes that the officials in attendance stand by their word.

“Well I think the outcome was  pretty good because we have yes than we have no, but its a matter if those yeses are actually going to be put into motion if we are going to see results in October,” said Rollock.