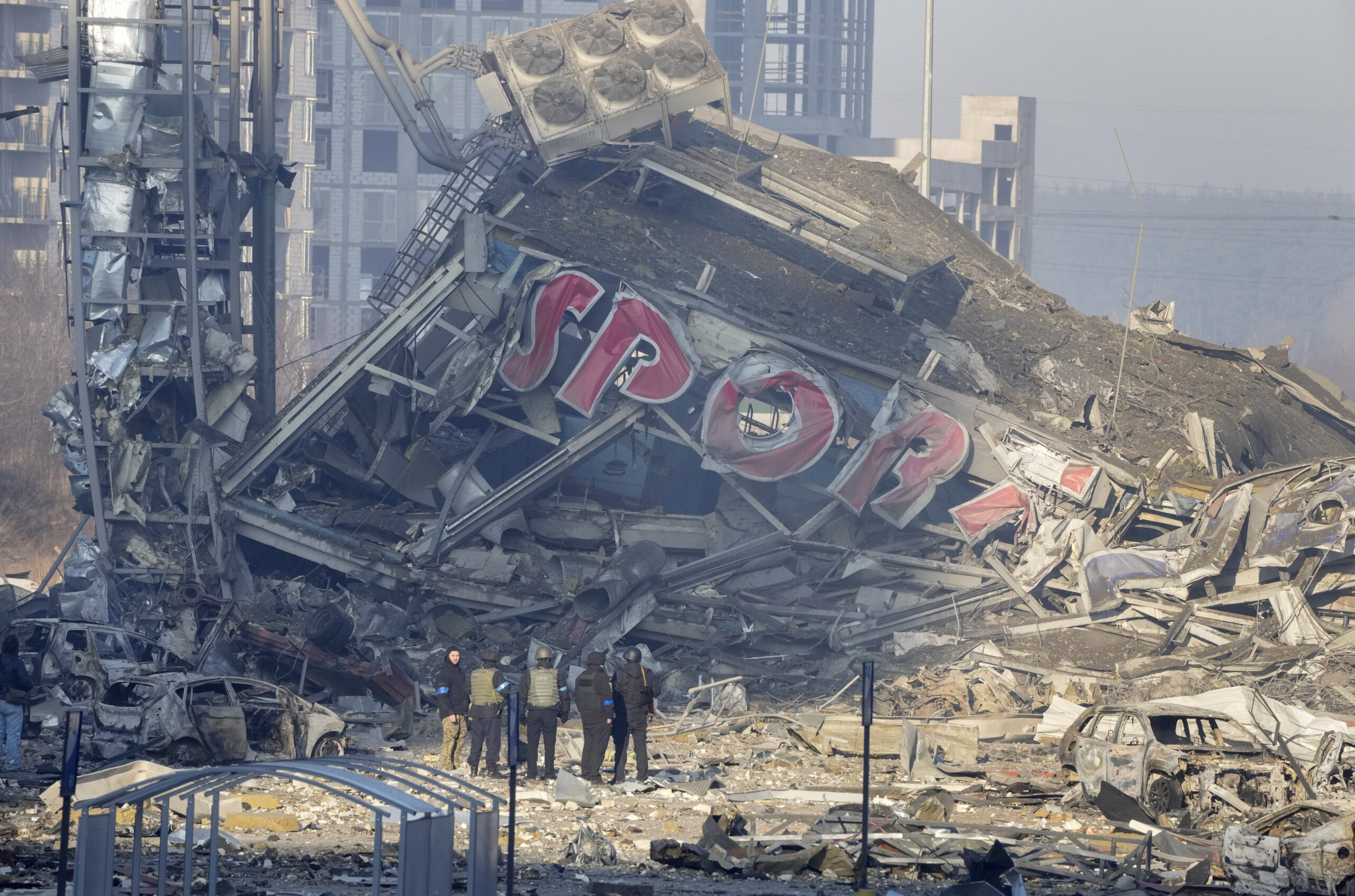 The Russian invasion of Ukraine has been going on for nearly a month. Hundreds of civilians have been killed and the U.N. says nearly 3.4 million people have fled Ukraine.

Bob Buzzanco is a history professor at the University of Houston and was the guest on WMNF’s Tuesday Café (22 March 2022). He is the author of a number of books and essays on the Cold War, the Vietnam War, U.S. military intervention, the military-industrial complex, and the military budget.

We explored topics like the history of disagreements between Russia and the U.S. since the breakup of the Soviet Union in 1991. Around that time, the U.S. promised Russia that NATO would not expand eastward. But NATO did expand into some areas that had been under Soviet influence.

So as Russian attacks are destroying Ukraine and killing innocent people, Buzzanco says there need to be negotiations for peace. But certain things need to be taken into account. Those include Russia’s alleged violation of international law and also what Buzzanco calls the “legacy of 30 years of political conflict with the U.S.”

Tuesday Café is hosted by Seán Kinane beginning at 10:06 a.m. ET Tuesdays on 88.5 FM in Tampa Bay or on the WMNF app or on wmnf.org.