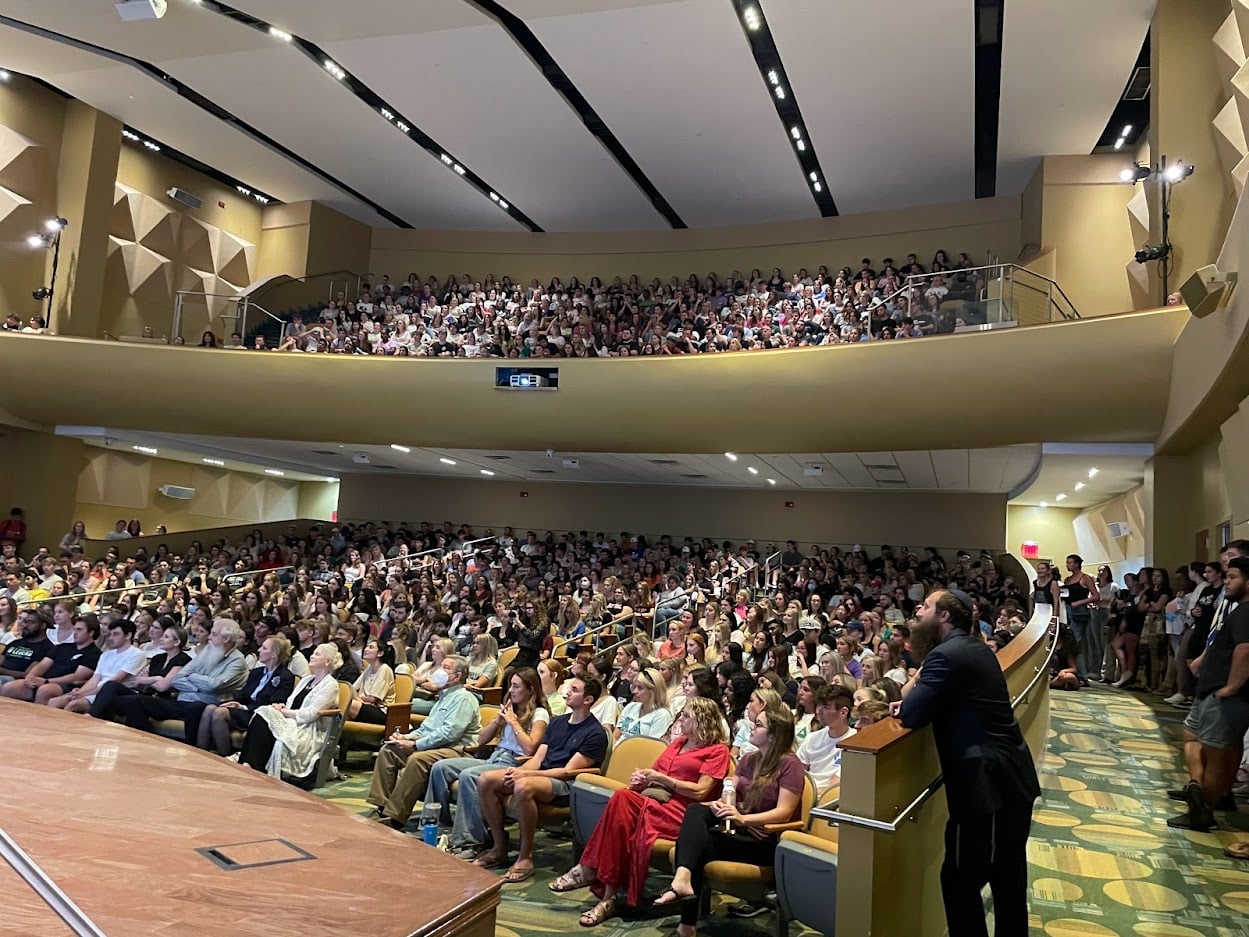 Helga Melmed is 93, and still remembers the horrors of her childhood in Germany. She witnessed book burnings, was forced live in the Lodz Ghetto, was a prisoner in Auschwitz and survived a death march to Bergen-Belsen. On Wednesday, she told her story to over 750 members of USF’s fraternities and sororities to remind them of the harm that hatred and ignorance can have.

The event, organized by USF Chabad and the Panhellenic Association, comes weeks after the Pi Kappa Phi fraternity was suspended for reportedly drawing a swastika on a Jewish student’s body and posting antisemitic remarks online. Attendance was made mandatory for the sororities and fraternities, according to the USF Panhellenic Association.

Following the event, Panhellenic President Blake Burlakoff spoke on behalf of the association:
“I’m really proud that people actually took something away from that and they were able to learn and grow and understand what antisemitism is and why we need to educate ourselves in order to better.”

Pinny Backman, USF Chabad’s Rabbi, wrote on social media:
“The true way to fight hate is educating the next generation”.

And if there’s one thing that Helga Melmed wanted the community to take away from her story, it’s this:
“To respect and not hate.”