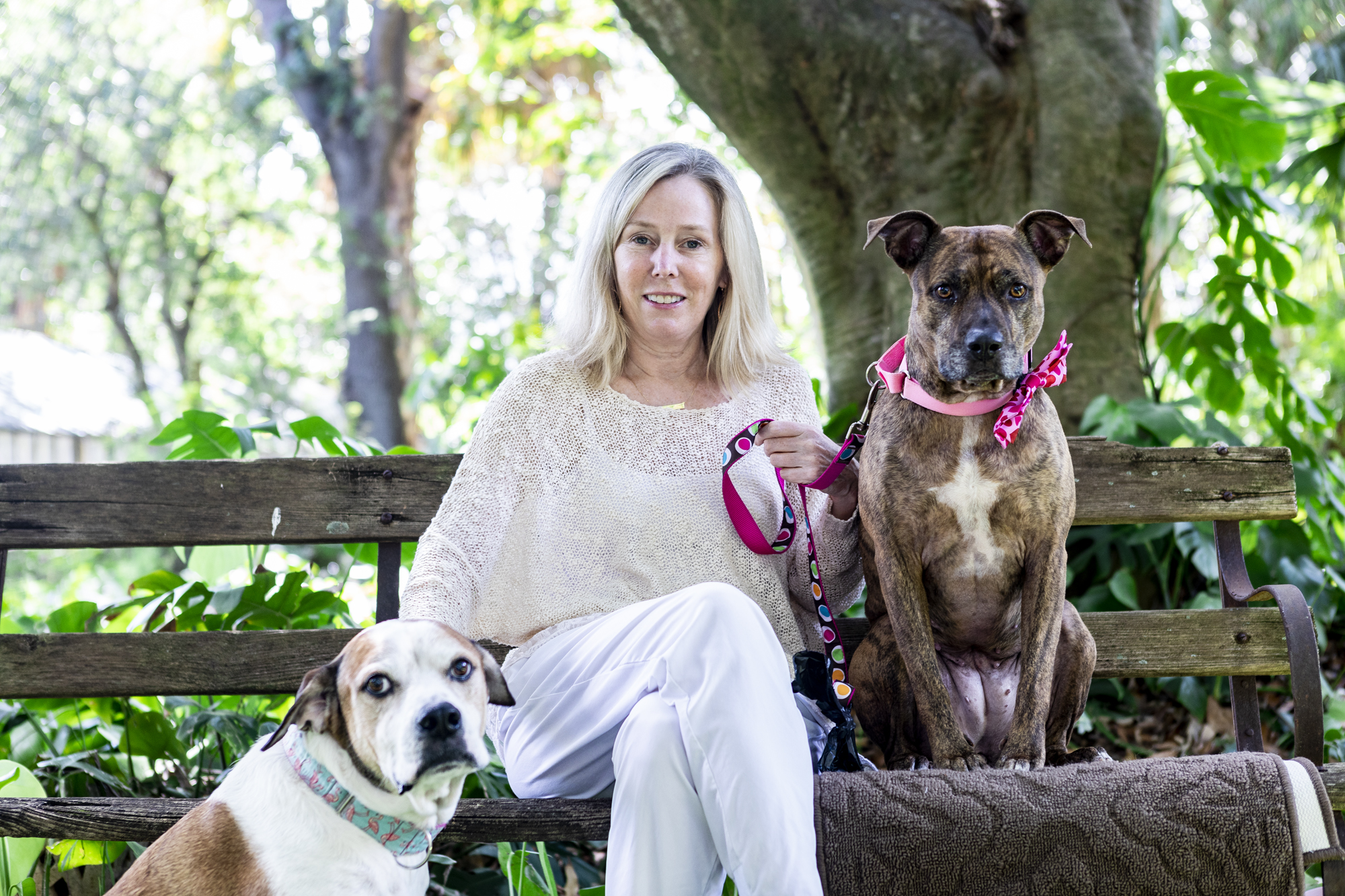 Ellen Quinlan—executive director of the Darbster Foundation (& Darbster Rescue), whose chief mission involves plucking cats and dogs from crowded south Florida shelters, and finding homes for them in the adoption-friendly New England area, with that process including arranging interstate transportation for these animals—recounted, in a “Talking Animals” interview, growing up in a family that lived with cats and dogs, sometimes other pets, and in what may constitute a pivotal part of the Quinlan, and Darbster, narrative, notes that she stopped eating meat at age 12.

Quinlan said that she continued her vegetarian ways deep into her 30s, when, in 1999, she and her then-future husband, Alan Gould, attended a presentation by a major animal welfare organization, after which the couple decided to go vegan. In 2003, after becoming full-time residents of West Palm Beach, Quinlan and Gould—who enjoy eating out—routinely made a 40-minute trek to the vegan restaurant they loved in Fort Lauderdale; they tired of doing that drive multiple times each week, but lamented the dearth of vegan restaurants in their city.

So, displaying a can-do attitude (and naivete, Quinlan wryly acknowledged) that’s marked a few of the couple’s ventures, they opened their own vegan restaurant—despite zero experience in the restaurant biz. They named it after a rescue dog they’d adopted: Darby, nicknamed “Darbster.” That was in late 2009, and after some tough episodes while traveling the learning curve, they settled into a groove, and a dozen years later, Darbster is going strong, with some key staffers having held their positions for 8-9 years, Quinlan said.

It’s wholly fitting that they named their eatery after their adopted rescue dog because, Quinlan explains, over time, the couple became aware that shelters in the New England area were often sorely lacking in adoptable animals—completely the opposite of the scenario in south Florida: crammed, low adoption rate, high euthanasia rates; among the nation’s highest, Quinlan says. She spells out how The Darbster Foundation/Darbster Rescue addresses this paradigm by, in a sense, flipping it: With the help of local rescue organizations, the Darbster operation identifies cats and dogs that are promising adoption prospects, arranges ground transportation from south Florida to New England (some of the cats are flown), the animals are then transferred to Darbster-owned facilities in New Hampshire, as an interim step, before landing at their forever homes.