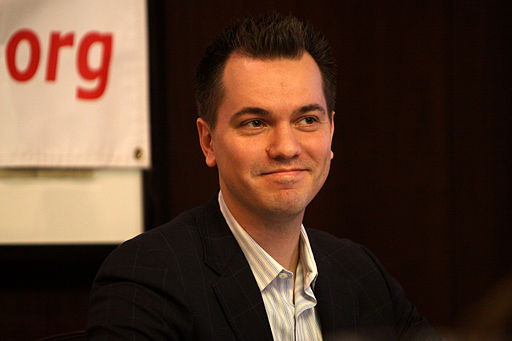 On Friday’s Radioactivity, Host Rob Lorei was joined by one of the top candidates for the Libertarian Party presidential nomination, Austin Peterson.

The Libertarian party is one of the most successful third parties when considering the number of votes and number of candidates running for public office. Well-known libertarians include politicians Ron and Rand Paul, and business magnate David Koch. But who are the Libertarians, and what do they believe in? Joining us to answer that question is Austin Petersen, who is running for the presidential nomination for the Libertarian Party. He details what the
party’s free-market, less-government ideology is all about, and how his platform addresses constitutional rights, domestic economic issues, and foreign policy. Peterson will be campaigning in the Tampa Bay Area this weekend and will be participating in Fox Business’s Libertarian Debate on Feb. 27.