Home Blog News and Public Affairs Hurricane Ian slams into Florida as a major Category 4 storm; here’s what you need to know 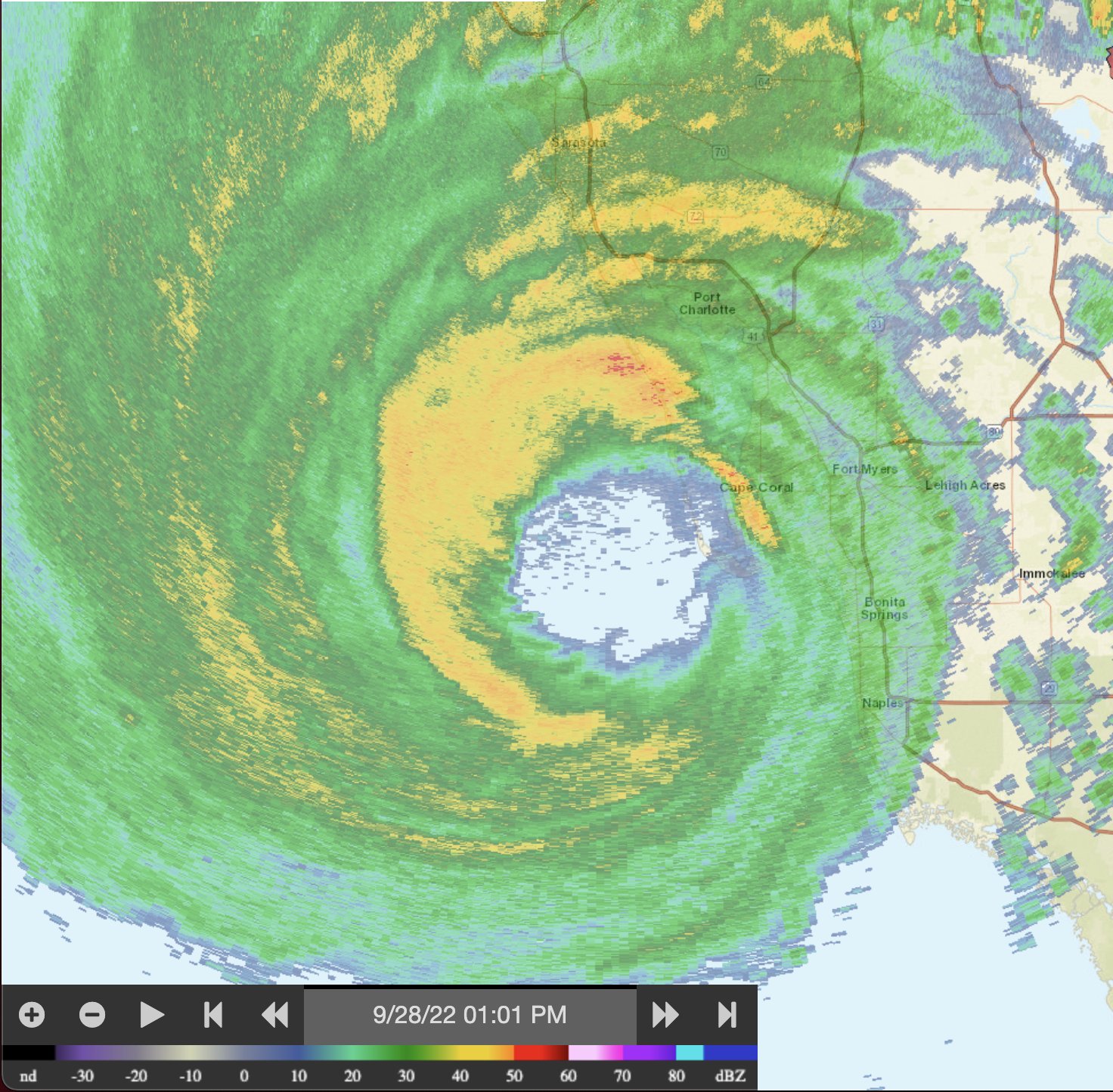 Hurricane Ian struck Southwest Florida around 3:05 p.m. Wednesday near Cayo Coasta. It’s an island near Captiva Island and Sanibel Island off the coast of Cape Coral and Fort Myers.

At landfall, it was a Category 4 hurricane with maximum winds of 150 miles an hour.

A life-threatening storm surge of 15 feet or more is expected from the Naples area to north of Ft. Myers. The National Hurricane Center repeatedly used the word “catastrophic” in its morning advisories.

Pinellas County is urging its residents to continue sheltering because storm surge and flood warnings are still in effect for Pinellas. The County will announce when shelter in place and evacuation orders are lifted. There are about 4,500 residents in Pinellas County public shelters.

Hillsborough County officials say flash flooding and strengthening winds have combined to create hazards making it no longer safe to be on the road.

As of 3:00 p.m. Wednesday, TECO was reporting 48,000 customers without power in Hillsborough and Polk Counties. Duke Energy Florida reports about 72,000 outages in Pinellas County.

Polk County Utilities is asking residents for help in limiting the amount of water used during and after the storm. This will help reduce sanitary sewer backups caused by the loss of power. Polk Emergency Management warns that excessive rainfall from Hurricane Ian will likely cause extended, life-threatening flooding in parts of the Peace River Basin south of Lake Hancock.