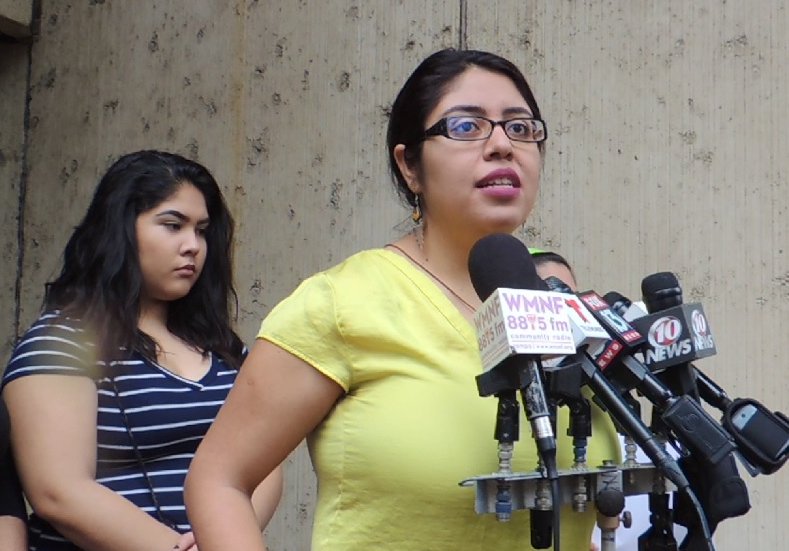 Pro-immigrant groups held rallies across the state Wednesday as part of what’s called the “We Are Florida” campaign. Wednesday morning outside Tampa City Hall Nanci Palacios criticized what she says are anti-immigrant bills that have been introduced in the state House and Senate. Pelacios is an organizer with Faith in Florida.

The group went to Mayor Buckhorn’s office but had to leave contact information because he was not there. They’re opposed to House Bill 675 which would require “state & local governmental agencies to comply with & support enforcement of federal immigration law.” The bill prohibits what it says are “sanctuary policies” by some municipalities. But Palacios says it would cost taxpayers and turn people in communities against each other.

Palacios says they will also reach out to the City Council, County Commission and school board. Paola Calvo Florido is a board member with the Florida Immigrant Coalition and says the bill in the state legislature and others like it are part of a “Trump phase” of anti-immigrant politics.

“It’s really taking away the resources from law enforcement to be pursuing crime in the city and then having them pursue families instead.”

The House bill has been “Added to Second Reading Calendar” after being tabled Tuesday.  A similar bill (SB 872) has been filed in the State Senate.