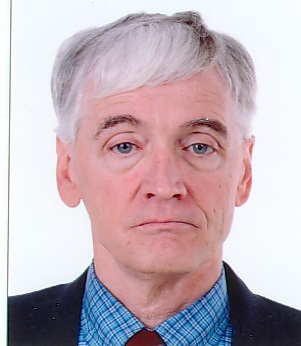 Welcome to Radioactivity. I’m Rob Lorei. Yesterday President Trump suggested that an attack on Syria was imminent, after a reported chemical weapons attack on civilians in that country last week. Russia warned that a US attack on Syrian could lead to a clash between the US and Russia. Russian military forces are helping Syrian President Assad fight against rebel groups in that country. This morning President Trump in a tweet seemed to walk back the threat of attacking Syria. The President’s policy on Syria is confusing. And if he carries out an attack on Syria- it may be illegal under the US Constitution and the UN Charter according to our guest today.

The Associated Press is reporting this morning that:
“Russia has warned the U.S. and its allies against assuming the role of a “global policeman” in response to what it describes as fake claims of chemical weapons use in Syria.
Foreign Ministry spokeswoman Maria Zakharova said Thursday that Western leaders have no authority to be “investigators, prosecutors and executioners.”
Syrian opposition activists and medics say a suspected gas attack last week killed more than 40 people in Douma, a town outside the capital that was then controlled by Syrian rebels. The Syrian government has denied the allegations.
Zakharova described the allegations as fake, but said the international chemical weapons watchdog should investigate them. She said Russia would ensure the monitors’ security.
Zakharova called for de-escalating the situation, urging the West to carefully weigh the consequences before taking any action.”

Our guest is FRANCIS BOYLE is professor of international law at the University of Illinois College of Law.
Boyle’s books include Foundations of World Order (Duke University Press).

Boyle writes: “When Obama was in a similar position in 2013, his advisor Ben Rhodeshas since commented that they turned back largely because they were afraid of impeachment. That fear is well founded. While the prospect of impeaching Trump is thrown around frequently for partisan purposes, on this issue, the constitution is clear: Initiating a war or any such attack without authorization is clearly impeachable.
“Last year, at the National Press Club, chairman of the Joint Chiefs of Staff, Gen. Joseph F. Dunford Jr., claimed the authority to target the Syrian government stemmed from the 2001 Authorization for the Use of Military Force. Gen. Dunford was totally incorrect. The AUMF passed after 9/11 has indeed been used to justify the bombing campaign purporting to target ISIS, but it cannot possibly be used to justify targeting the Syrian government.
“Excuses of ‘humanitarian intervention’ have no basis in international law and in these circumstances are transparently hollow. Israel apparently just attacked Syria (illegal) from Lebanese airspace (also illegal). Israel itself just openly admitted that it is killing Palestinian civilian protesters — part of a decades-long brazenly illegal policy. The U.S. representative to the UN, Nikki Haley, prevented even an inquiry by the UN into the matter. There’s no evidence of any humanitarian concern here, simply a search for pretexts to pursue geopolitical goals which may well include carving up Syria.”