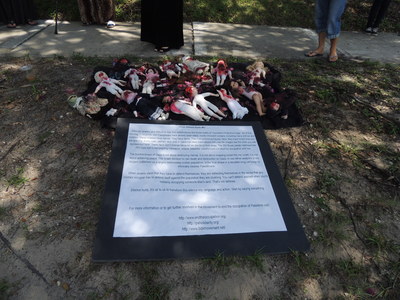 More than 240 Palestinians have already died in the air campaign, including 14 children under age 12 killed over the past two days, according to Palestinian health officials. One Israeli has also died. That information comes from the Boston Herald. Other reports throughout the day have listed the number of Palestinian deaths since Israel’s ground invasion last night upwards of 20 with exact numbers varying depending on the source.

The Israeli operation began around 10 p.m. yesterday. Their goal is to seal off tunnels Israeli officials say are being used by Hamas to infiltrate Israel.

The Daily Star reports, Gaza Strip residents described the Israeli ground surge as a night of terror, with fierce gun battles in the south and all-night shelling in the north,

Israeli president Benjamin Netanyahu has warned the operation could get worse, despite growing international calls to avoid harm to civilians.

Early today, Israel approved the call-up of another 18,000 reservists, which takes the total number approved to 65,000.
The Israeli Defense Force said last night it struck 150 targets across Gaza, among them four tunnels and 21 rocket launchers, with troops killing 17 “terrorists” – their words – and arresting another 13.

Since midnight, 24 Palestinians have been killed by Israeli fire across Gaza, including three teenagers and a five-month-old baby, raising to 265 the number of Gazans killed since Israel launched its attacks on July 8.